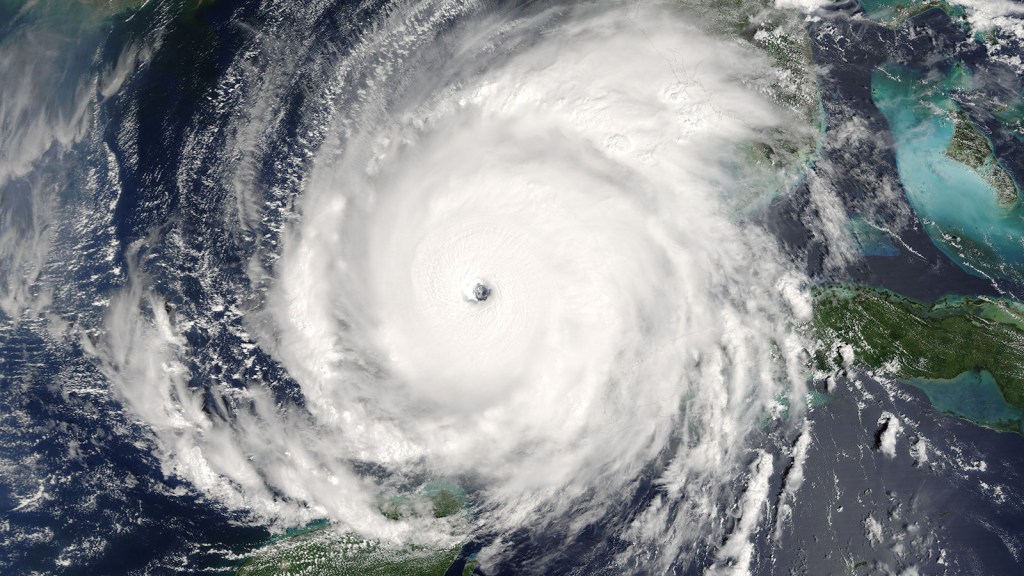 You ever notice how your gender bias is killing you? Well, researchers at the University of Illinois have noticed it for you. The team studied six decades of hurricane data and, in a study published this week in the Proceedings of the National Academy of Sciences, found that hurricanes with feminine names were more deadly than their dude-named counterparts.

The implication is obvious: Storms with women’s names are more tempestuous and prone to irrational violence than their reasoned, kind-hearted, and benevolent man-type storm counterparts. Obvious, that is, if you are a moron. “The problem is, a hurricane’s name has nothing to do with its severity,” said Kiju Jung, the study’s lead author.

Each year, meteorologists come up with a new, alphabetical list of names for tropical storms, alternating between male and female names. When a storm reaches tropical storm status, it is assigned the next name from the list. And yet, as Phil Ciciora of the University of Illinois News Bureau writes:

The authors found that for highly damaging storms, the more feminine the storm’s name, the more people it killed. The team’s analysis suggests that changing a severe hurricane’s name from the masculine “Charley” to the feminine “Eloise” could nearly triple its death toll.

So what’s going on?

“In judging the intensity of a storm, people appear to be applying their beliefs about how men and women behave,” said Sharon Shavitt, a professor of marketing at Illinois and a co-author of the report. “This makes a female-named hurricane, especially one with a very feminine name such as Belle or Cindy, seem gentler and less violent.”

That’s right, not only do women make 77 cents to the male dollar, but our cultural biases even extend to the weather. People consider women-named storms less threatening — and because of this, we’re apparently less likely to prepare for them.

Now I know what you’re thinking, “I’ve seen the kind of idiots who throw hurricane parties. Those are knuckle dragging troglodytes. I am an enlightened human being above such base prejudices.”

“Such gender biases are pervasive and implicit,” according to Madhu Viswanathan, a coauthor of the study. “We found that people were affected by the gender of hurricane names regardless of whether they explicitly endorsed the idea that women and men have different traits.”

That’s right, our insane gender stereotypes run so deep that, when confronted with a Doppler radar image showing a class five storm the size of Brazil bearing down on our beachfront homes, we pause and think, “Wendy? Wendy’s a sweetheart. A pushover. I’m gonna go fly my kite.”

Of course, not everyone is buying this study’s results. Jeff Lazo of the National Center of Atmospheric Research, for instance, thinks Jung and his team are full of hot air. In an interview with National Geographic, Lazo questioned the statistical relevance of the sample size and methodology. He also stated that hurricanes have been getting less deadly over time and storms didn’t get male names until 1978 which could skew the data. (The study’s authors reply to Lazo’s criticism here.)

But honestly, can we take a chance? If it will save lives, why not flip the script and use only masculine names? Until we get over this gender bias, I suggest only naming hurricanes after characters fought by Rocky. Who wouldn’t run from Tropical Storm Clubber Lang, Nor’easter Ivan Drago, Hurricane Apollo Creed, and most terrifying of all, Typhoon Thunderlips?

Until then, God help us all.