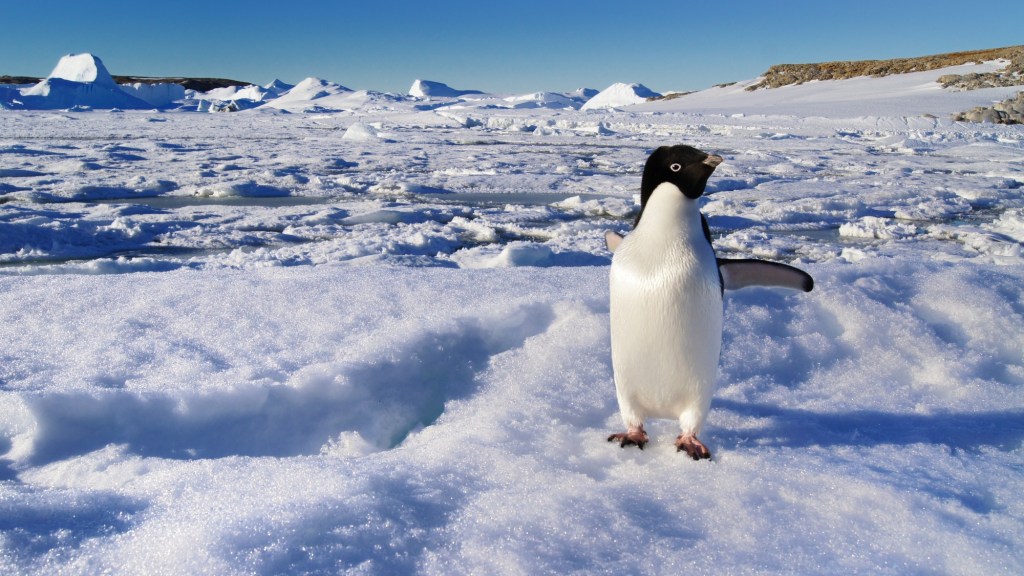 For the third year in a row, the sea ice ringing Antarctica has set a new record. Its extent is the farthest now since observations began in the late ’70s, and scientists say the growth is largely the result of climate change.

Antarctic sea ice melts during the early part of the year but typically packs it back on by September. The ice broke last year’s record for extent on Monday, according to a report in New Scientist. It’s the latest evidence of a small but significant growth trend of about 1.5 percent per decade.

But before anybody celebrates the death of global warming, note that the expanding ice is not necessarily a great thing. In fact, it might be a symptom of the world heating up. The larger extent could be caused by more ice melting, say researchers at NOAA: “We suspect that the increasing presence of icebergs broken off from ice shelves and glaciers within the Antarctic sea ice pack is a major contributor to a temporary but increasing trend in the Antarctic sea-ice extent.”

The melting of ice on the Antarctic mainland may also be creating more sea ice, by dumping easily frozen fresh water into the ocean, says Nerilie Abram of the Australian National University in Canberra.

The sea ice is not likely to keep expanding forever. Parts of the continent are warming at an unthinkable pace; over the last half-century, winters to the west of the Antarctic Peninsula have gotten hotter by 5.8 degrees Celsius, the fastest-known warming rate on the globe. Because of more greenhouse gases and a loss of stratospheric ozone (even though this “ozone hole” could heal in a few decades), Antarctica is expected to lose a quarter of its sea-ice extent and a full third of its volume by 2100, according to Australia’s Antarctic Climate & Ecosystems Cooperative Research Center.

What’s that bode for the climate? Well, consider that frozen sea water plays a big role in deflecting solar heat: Snow-covered ice deflects more than 80 percent of the sun’s radiation, open water a mere 7 percent. Sea ice also insulates the ocean from the warming air. With less of it floating around, it’s easy to see how the atmospheric heating process could become amplified, melting ever-bigger amounts of ice.

Sea ice plays a role in the survival of many species of animals, too. It supports krill, a key component in the diets of several kinds of baleen whales. The ice also provides mating habitats for beloved Antarctic wildlife like seals and Emperor penguins. And in a twist that may come as a surprise to people who see the continent as devoid of green stuff, the ice acts as a growing surface for massive quantities of algae. Algae is both a promoter of carbon sequestration — dead, it drags carbon down to the ocean floor — and a major player in the ocean’s food chain. Writes the Cooperative Research Center:

A decrease in sea ice extent … will result in reduced sea ice algal production and probably a reduction in the spring time ice-edge algal blooms, with potentially dramatic flow-on effects to Antarctic marine food webs and ecosystem structures. This may include changes in species distribution and food-web interactions.