Australia files joke of a climate pledge to the U.N. 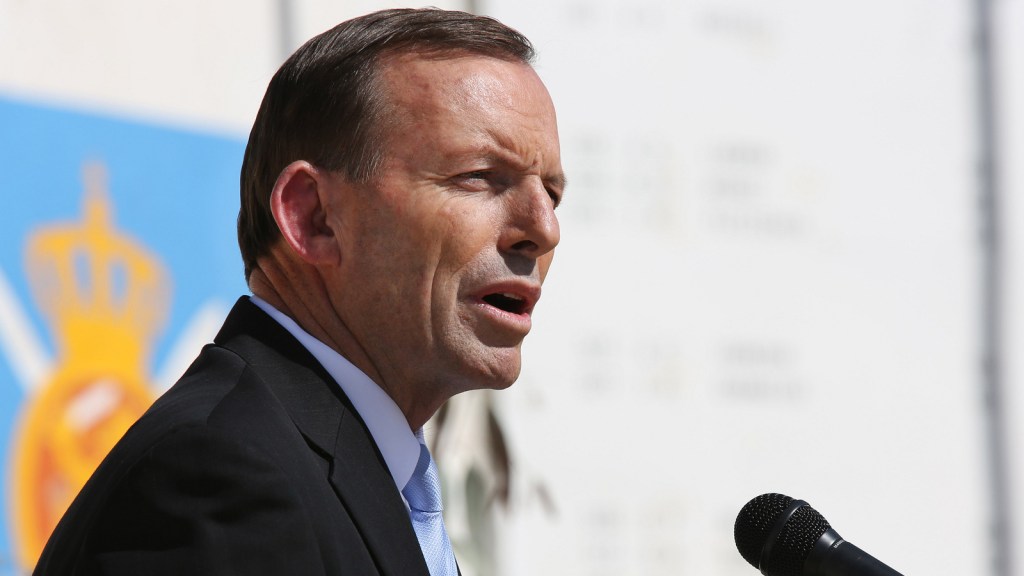 Australia files joke of a climate pledge to the U.N.

To raucous applause of denialists everywhere, Australia submitted its climate pledge to the U.N. on Tuesday. The plan — immediately and nearly universally hailed as weak by climate hawks, climatologists, and most other reasonable people — is one of twenty-six voluntary greenhouse gas emission reduction pledges, covering more than fifty countries, filed in the run-up to the climate negotiations in Paris this December. While currently non-binding, these Intended Nationally Determined Contributions (INDCs) are considered indicative of countries’ levels of ambition in responding to the global climate change dilemma.

Australia committed to reducing its greenhouse gas emissions by 26–28 percent of 2005 levels by 2030. Compare this target to the European Union’s: 40 percent of 1990 levels — when global emissions were much lower — by 2030. While Australia’s pledge may look similar to that of the United States, which committed to a cut of 26–28 percent of 2005 levels by 2025, analysts at Australia’s Climate Institute project that the U.S.’s pledge will amount to a 41 percent reduction on 2005 levels by 2030. Canberra’s five years of wiggle room make for a significant break for fossil fuel companies.

Weak target aside, “even worse is the lack of policy instruments outlined to get us there,” argued Yannick Spencer, an Australian Master of Public Policy candidate at Oxford’s Blavatnik School of Government, in an email to Grist. “In fact the policy instruments in place will get us nowhere near there, while being highly economically inefficient.”

The Australian INDC leans heavily on the government’s US$1.86 billion Emissions Reduction Fund, the country’s main climate strategy, even though analysts expect it to be “fully eroded” (read: out of money) by next year. The fund operates via a reverse auction, in which companies offer to undertake emissions-cutting projects and bid for taxpayer dollars to fund those projects. Not only is the fund running out of money, but its impact is dubious. The policy suite will allow Australia’s top 20 polluters to actually “increase their carbon emissions without penalties,” reported the Australian Financial Review.

Despite the backlash, the Australian government stuck to its coal-fired guns. “Australia is making a strong and credible contribution to the international effort to tackle climate change,” said Prime Minister Tony Abbott in a statement. “We are committed to tackling climate change without a carbon tax or an emissions trading scheme that will hike up power bills for families, pensioners and businesses.”

Ignoring the fact that the INDC is neither strong nor credible, the position is at least a step up for Abbott, who previously called climate change “absolute crap.” (The PM also notably said, “I won’t be rushing out to get my daughters vaccinated,” but we’ve only got time to cover one type of denialism today.)

Coal made up more than 60 percent of Australia’s energy mix in 2014. Peabody Energy, the world’s biggest private-sector coal company, quoted Abbott in a recent submission to the White House Council on Environmental Quality protesting the inclusion of greenhouse gases in National Environmental Policy Act analyses:

The same can’t be said for the rest of the South Pacific. “If the rest of the world followed Australia’s lead, the Great Barrier Reef would disappear,” said Tony de Brum, foreign minister for the Marshall Islands, in a statement addressing Australia’s INDC. “So would my country, and the other vulnerable atoll nations on Australia’s doorstep.”