Australia ousts climate-denying prime minister, gets new one who has argued for climate action 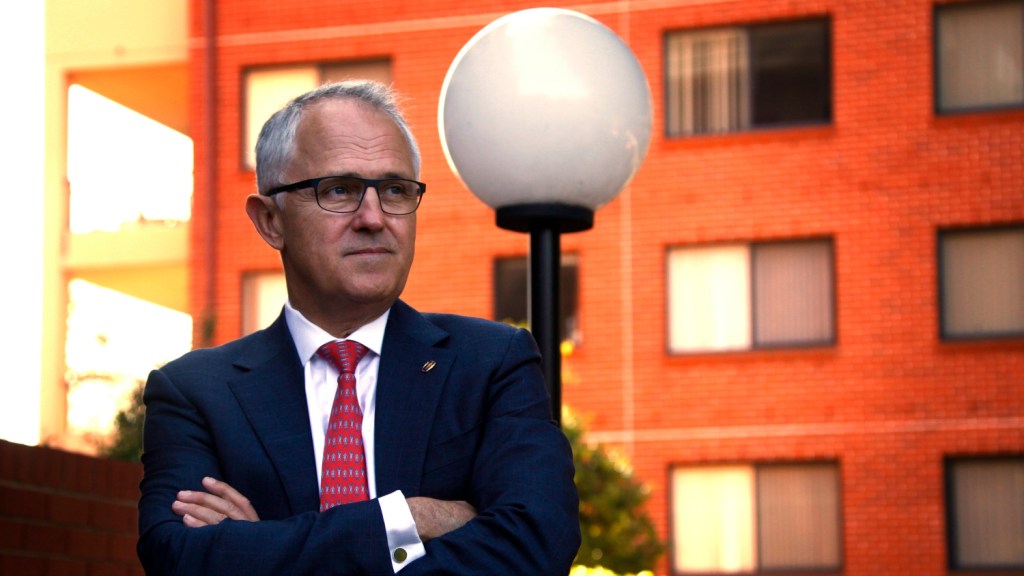 Australia ousts climate-denying prime minister, gets new one who has argued for climate action

Australia has a new prime minister. Again. The turbulent tenure of now-former conservative PM Tony Abbott — infamous around the world for repealing Australia’s ground-breaking carbon pricing system, and extending the country’s draconian immigration policies, which includes locking up refugees in offshore detention centers — has come to an end after a dramatic day in Canberra, the nation’s capital.

Australia’s 29th prime minister is Malcolm Turnbull, who ousted Abbott with the help of the Abbott’s deputy, Julie Bishop, in a 54-44 vote of the parliamentary members of the governing Liberal Party, Monday night Australian time. In a late-night press conference, Turnbull, also a member of Australia’s conservative party, said he came to power “seeking to persuade, rather than to lecture” — highlighting one of the chief criticisms of Abbott as an inflexible scold who failed to explain complicated policies to the Australian people.

For those even remotely familiar with Australian politics, you’ll know the last few years have been a bloodbath in the corridors of power, with fierce factional divides in both parties, Labor and Liberal, making the prime ministerial office the most treacherous room to occupy in the country. Three sitting prime ministers have now been toppled and replaced by their own parties, partly due to disagreements over climate change, terrible polling, and the management of Australia’s resource-dependent economy. But Abbott’s fall — in power for less than two years — is extraordinary: for a man who said he would bring stability back to the top job, he served in the position for a shorter time than the two previous prime ministers that he helped topple, Julia Gillard and Kevin Rudd (both members of the opposition Labor party). Pressure on Abbott had been building for months.

Turnbull used to be a proponent of a cap-and-trade program, and he once called Tony Abbott’s position on climate change “bullshit” because Abbott was vehemently opposed to a market-based solution. Abbott has cast doubt on the science behind climate change, and ran a brutal scare campaign against a carbon tax, arguing it would trash the economy. But it’s unlikely, at least in the short term before another election, that climate will be back on the agenda anytime soon: Carbon pricing has cut to the quick of Aussie politics and become a symbol for deep ideological divides, something Turnbull is likely loathe to stir up early in a new prime ministership. Commentators in Australia say Turnbull made private undertakings not to rock the boat too much, as he locked up the votes to contest the leadership.

Sure enough, Turnbull said at his first press conference that the government’s position on climate change will stay the same for the moment. The current package of government investments in carbon abatement (called “Direct Action”), rather than a market-based system, “is one that I supported as a minister in the Abbott government, and it’s one I support today,” he said, describing it as “very well designed” and a “very, very good piece of work.” Still, he did leave the door open to tweak the policy as he begins discussions with his new ministers.

For a quick look at how climate change has killed off past Aussie PMs, watch this Climate Desk video, from September 2013: