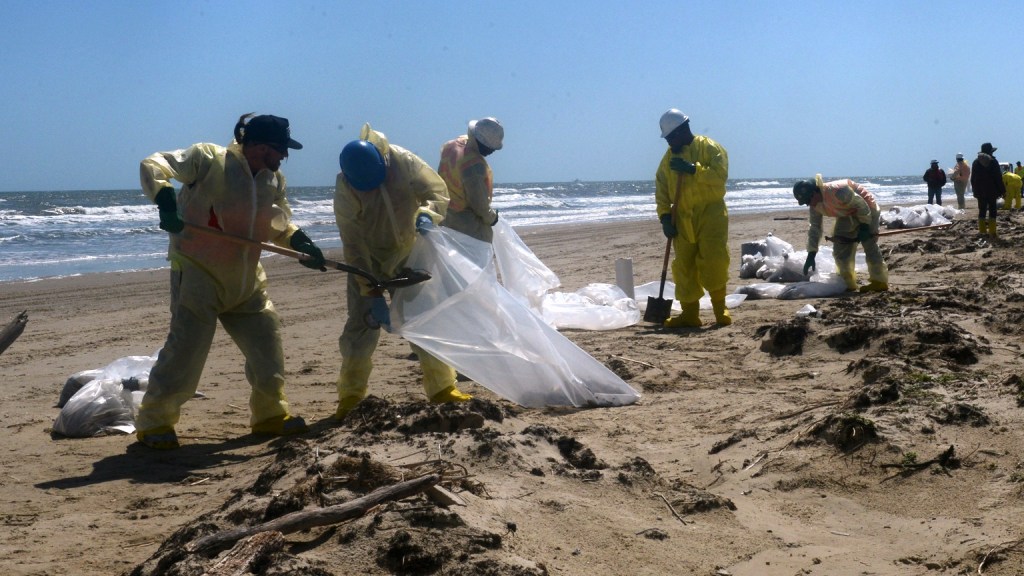 There have been so many oil spills lately — from trains, from pipelines, from barges, from a refinery — that it’s easy to forget about the particulars of each one. Unless you’re an unlucky local resident or an emergency responder.

In Texas, where more than 100,000 gallons of heavy fuel spilled into Galveston Bay two weeks ago following a collision between a barge and a ship, the Coast Guard has recovered more than 300 oiled birds — nearly all of them dead. The Texas Tribune reports:

While the Houston Ship Channel is open and fishermen have mostly resumed activities in the bay, officials say they are at least several weeks away from fully containing the fuel oil, and its devastating effects on shorebirds are becoming increasingly apparent. The effects of the spill, [said David Newstead, a research scientist at the Corpus Christi-based nonprofit Coastal Bend Bays & Estuaries Program], are particularly troubling in the ecologically sensitive area in which the birds have already been in peril from human activity.

Newstead and Coast Guard officials said birds affected by the spill include ducks, herrings, herons, brown and white pelicans, sanderlings, loons, willets, black-bellied plover and the piping plover, which is classified as threatened under the Endangered Species Act. …

Newstead said he has surveyed Mustang Island, about 200 miles southwest of the initial spill site, and observed at least 500 more birds with some traces of oil. The soiled birds came into contact with the contaminated water as it washed ashore.

Birds and shorelines aren’t the only things being smeared with toxic oil in the wake of the shipping accident. An attorney representing a shrimp boat captain said Friday that his client had pulled up an “entire catch” that was “covered with oil.”