California is No. 1 in prepping for climate change 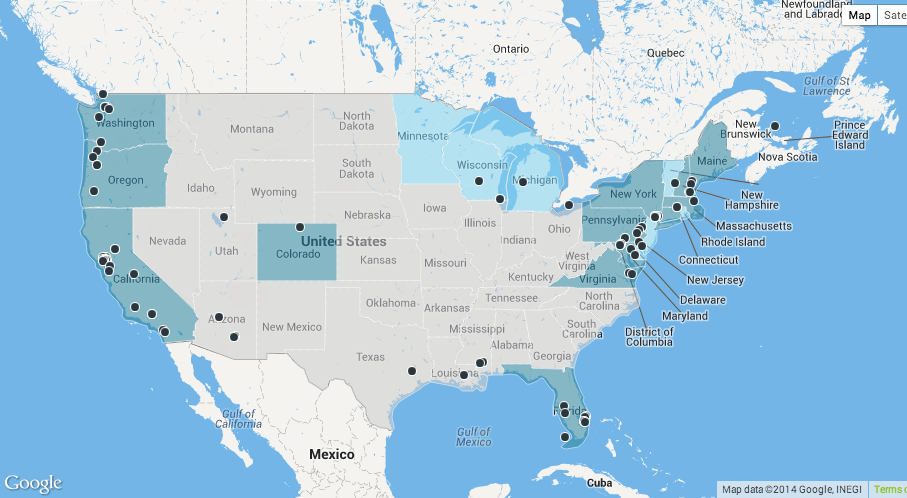 California is No. 1 in prepping for climate change

California, I’m coming home. Because duh: The hippie-tacular Golden State leads the nation in prepping for climate change. A new 50-state tracking tool developed by the Georgetown Climate Center charts state-by-state progress in climate adaptation plans, and shows which ones have been plucky enough to hit their goals. California is at the head of the pack, of course, and is trailed closely by — you guessed it — Massachusetts and New York.

California has one of the longest wish lists in the nation, anyway, with 345 separate climate goals. The sad truth is that achieving 48 of its 345 goals actually puts it way out front. Another sad truth is that just 14 states have finalized any kind of climate action plan at all (not surprisingly, most of those are coastal).

California’s successes so far have a lot to do with prioritizing the issues. The state, for example, has created a “Planning for Sea Level Rise Database,” installed tools to identify and reduce climate-related health vulnerabilities, and even has a bill that’ll require lighter-colored pavement to reduce the effects of urban heat islands. So maybe Cali is just going for the low-hanging fruit here, but hey, at least it’s picking the stuff. (And it’d better before the fruit dries out completely.)