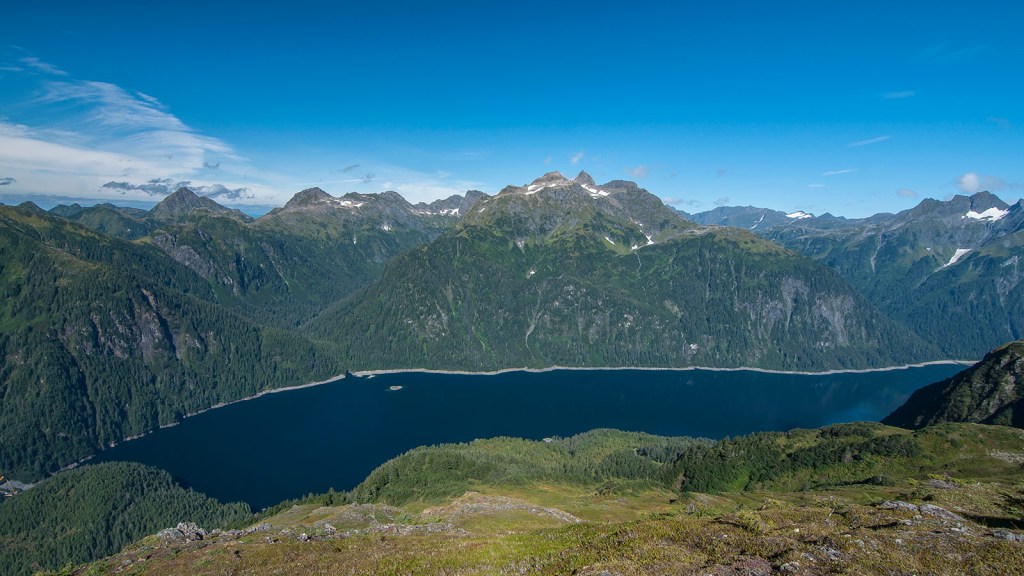 Despite the current freakout and media storm over the drought in California, parched conditions in the state are hardly new. Although you can’t always tell when lush green laws and golf courses dot the landscape, much of California — and the entire Southwestern United States — is technically desert. And that’s the thing about deserts — they just don’t have a lot of water.

Now, in search of solutions to the current drought, up pops an old idea: Shipping water from Alaska.

In the 1960s, the U.S. Army Corps of Engineers proposed a wacky scheme to divert water from Alaska and send it Southwest-wards, by way of Canada and the northern states. The project, called the Parsons Plan after the corporation who developed it, was ultimately scrapped — probably because it was a horrible idea. As Alissa Walker wrote on Gizmodo last year:

The hundreds of dams and power plants needed to complete the system would have basically eradicated the wildlife habitats of most of the rivers in Western Canada, Montana and Idaho, and the act of removing freshwater from Alaska could have had an irrevocable effect on the formation of Arctic ice. So even though this plan was proposed to prevent drought, if the U.S and Canada had indeed gone through with it, it may have exacerbated climate change.

Hanh, a Democrat, has called shipping water from Blue Lake in Sitka “an idea worth exploring,” according to USA Today, and she met with Alaska Bulk Water CEO Terry Trapp to discuss. The lake gets about 100 inches of rain a year and Alaska Bulk Water has the rights to sell up to 9 billion gallons. Rather than building pipeline, as was proposed in the ’60s, the idea now is to ship the water via tanker ship.

From the Daily Breeze:

The lake water, which Hahn described as “probably purer than any of the water we have,” would strictly be drinking water, not something that could or should be used for irrigation, although Trapp said that wouldn’t necessarily be the case.

Deep. So will we someday see Los Angeles golf courses watered by this pristine Alaskan lake water? Doubtful. The price tag of this proposal may be prohibitive even for thirsty California: Tapp proposed selling the water at 6 cents a gallon, or roughly 12 times the cost of water in California now.

“It seems a little expensive at this point,” Hahn told USA Today. She got that right, at least. If America of the 1960s thought it this wasn’t worth the costs, America of the 21st century probably should, too.