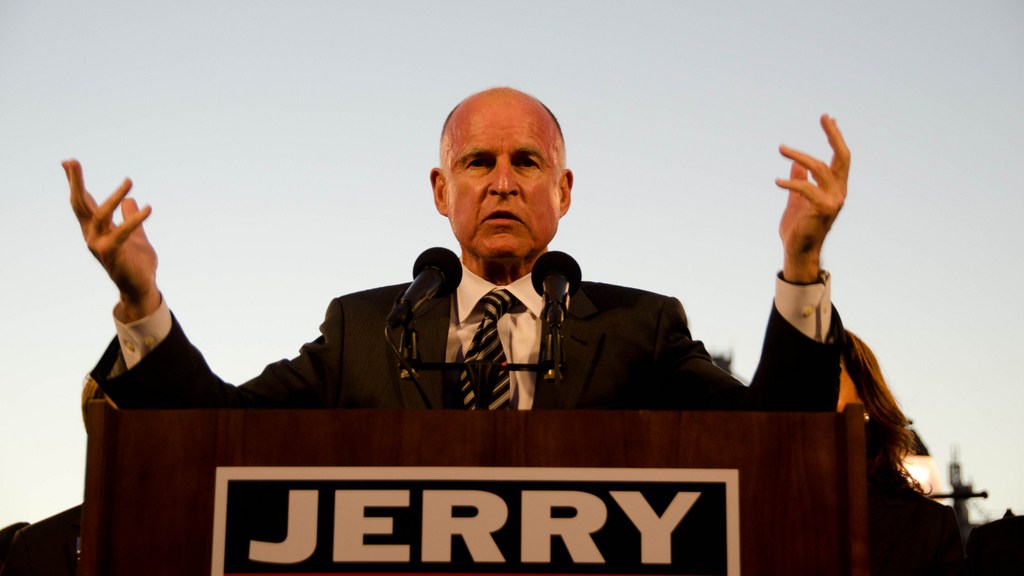 California Gov. Jerry Brown (D) made climate history today, setting the most ambitious climate goal ever seen in North America. And with that, he likely set a new record for the number of ambitious climate and energy goals set by a single state, thus giving other states a lofty goals goal worth striving for.

Here’s the news from the LA Times:

“With this order, California sets a very high bar for itself and other states and nations, but it’s one that must be reached — for this generation and generations to come,” Brown said in a statement.

California is already well on its way to meeting the 2020 goal, and according to this press release from the governor’s office, will use this ambitious new 2030 goal to stay on track for its 2050 target. Brown didn’t, however, offer any specifics on how the state would meet this goal.

Back in January, ThinkProgress reported on a few other 2030 goals that Brown threw out during his inaugural address:

Brown listed three main goals to be accomplished within the next 15 years: First, to increase the amount of electricity the state derives from renewable sources from one-third to 50 percent. Second, to reduce petroleum use in cars and trucks by up to 50 percent. And the governor’s final goal is to double the efficiency of existing buildings and make heating fuels cleaner.

The goal of all of these goals is ultimately to help the world meet its one big goal of not warming more than 2 degrees Celsius and thus avoiding all the super-droughts, catastrophic sea-level rise, and other climate chaos that would result if we heat up the atmosphere past that point.

With this move, Brown is close on Europe’s heels: The 28-nation E.U. pledged in March to cut its greenhouse gas emissions by “at least” 40 percent from 1990 levels by 2030, ahead of the U.N. climate talks in Paris this December. Between now and then, you can expect other nations and big-name politicians to be throwing out goals like they’re GHGs and this is the Industrial Revolution. Let’s just hope they walk the walk as enthusiastically as they talk the talk.