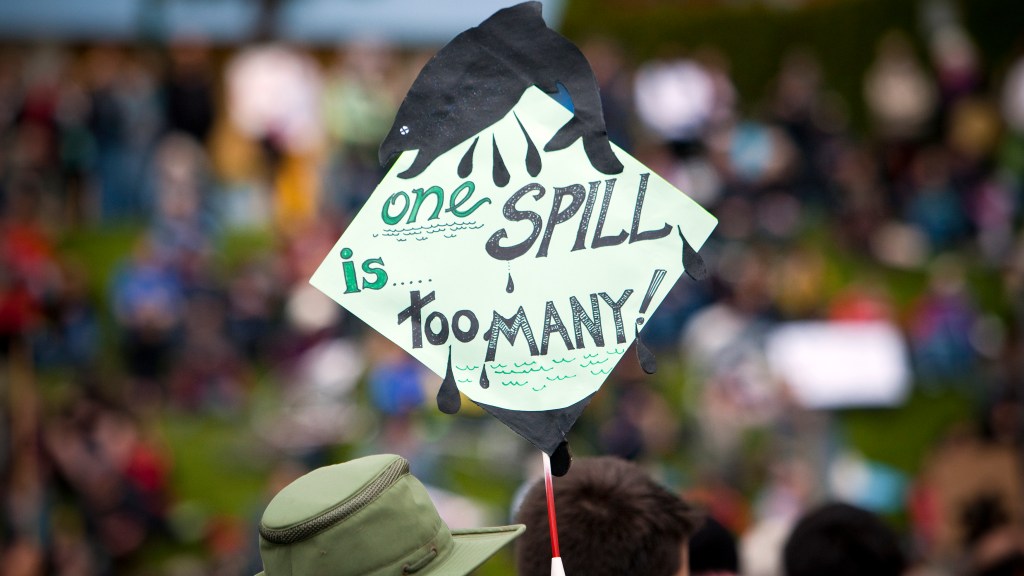 A demonstrator carries a sign in protest of the Northern Gateway pipeline, May 10, 2014. REUTERS/Ben Nelms
a (pipe)line in the (tar) sand

In what looks like the final death blow to another tar sands pipeline, a Canadian court has overturned federal approval for Enbridge’s $7.9 billion Northern Gateway pipeline meant to transport crude oil from Alberta to British Columbia.

The court found the government failed to consult with First Nation tribes in mapping the pipeline’s route, leaving “entire subjects of central interest to the affected First Nations … affecting their subsistence and well-being, entirely ignored.”

Northern Gateway is now probably off the table for the foreseeable future, since Canada’s Prime Minister Justin Trudeau spoke out against the pipeline during his campaign. Enbridge has 60 days to appeal.

This won’t completely deter Canadian oil companies, which really, really need to reach international markets with their 2.3 million barrels of tar sands crude oil each day. Now that Keystone XL and Northern Gateway have both been rejected, they will have an even harder time.

We’re betting activists can give pressure right back.