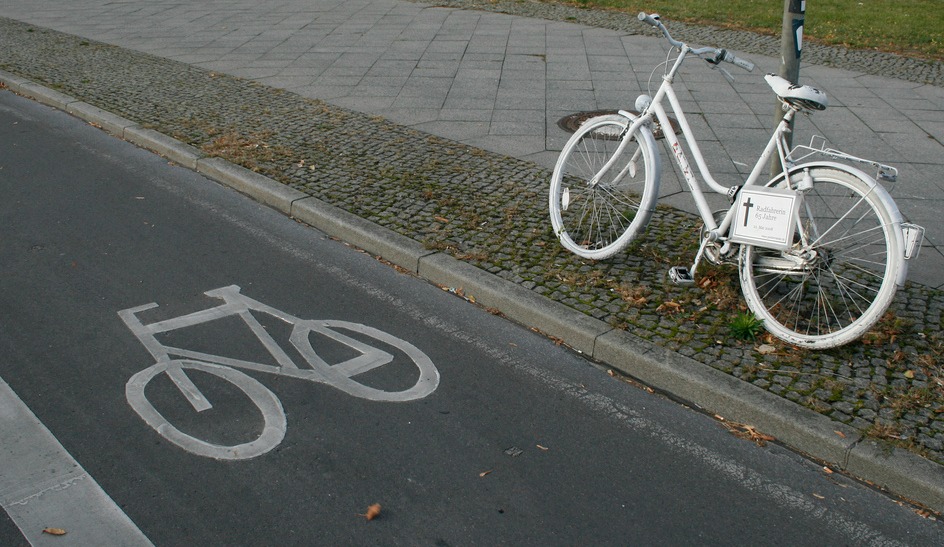 An unfortunate milestone was reached last weekend in Chicago when a woman was hit by a truck and killed while riding a bicycle from a bike-share service. This is the first time a bike share has been implicated in a cyclist’s death, despite an estimated 71 million trips taken since the programs were first introduced in the U.S. in 2007.

The victim, 25-year-old Virginia Murray, was wearing a helmet, but truck encounters are especially deadly for cyclists no matter their equipment. In New York City, for example, trucks were involved in 32 percent of deadly bicycle crashes between 1996 to 2003 — and 12 percent of pedestrian fatalities from 2002 through 2006, according to city statistics.

There are a couple of fairly simple ways to address this problem, however. First: by installing side guards on trucks. Already mandatory on trucks in the E.U., Brazil, Japan, and China, side guards prevent cyclists from falling underneath the vehicle’s wheels. While they don’t prevent accidents, they do prevent fatalities.

Second, a designated bike lane could also have saved Murray’s life — and saved the city of Chicago some money at the same time. A 2014 study found that for every dollar spent on bike lanes and other biking infrastructure, cities reaped between $6 and $24 in savings from decreased pollution, congestion, and health care costs from fewer traffic fatalities.

There’s also the tack of educating drivers to accept the revolutionary idea that streets are made for more than motor vehicles — and, if all else fails, making sure bikers know what to do if they do get hit.