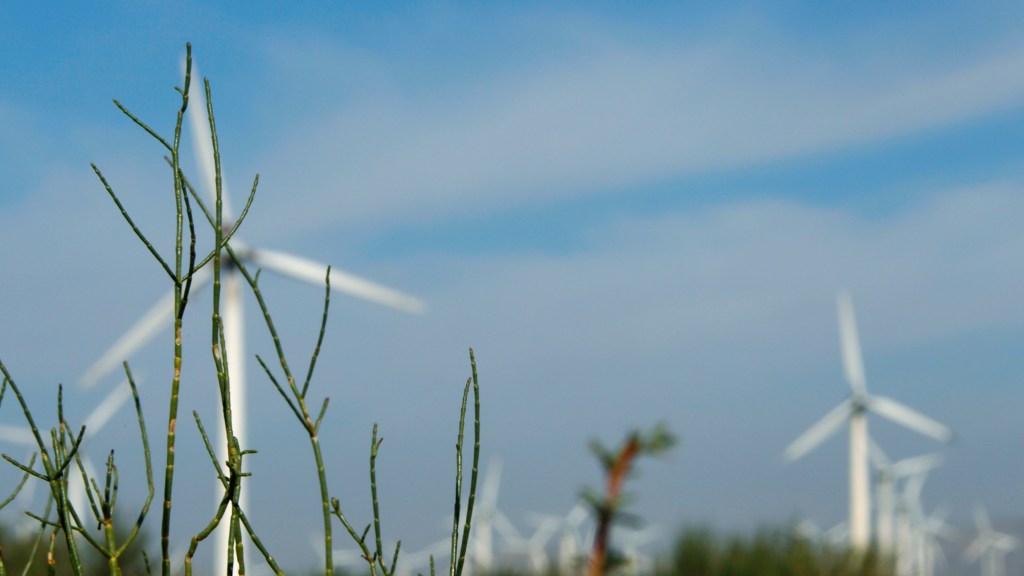 In the latest sign of China’s growing dominance in renewable energy, a Chinese firm has for the first time topped a reputable global ranking for wind energy production — ending the reign of U.S. giant GE, which fell to third place.

The annual list compiled by Bloomberg New Energy Finance examines how much energy capacity is both planned and installed. China’s biggest turbine maker, Xinjiang Goldwind Science & Technology, led the list for the first time, having installed a record 28.7 gigawatts of wind energy in 2015. The company’s growing business was fueled by a surge in domestic demand for wind energy, according to BNEF’s analysis. China, as a whole, also topped rankings for wind power production published by the Global Wind Energy Council earlier this month.

Already leading the world in solar manufacturing, China’s boom in wind fits a well-established pattern: Last year, clean energy investment in China outpaced that in the United States, the United Kingdom, and France combined, BNEF found. China as a whole already has the world’s largest installation of turbines, and growth in wind power can be attributed, at least in part, to the Chinese government’s so-called “war on pollution,” which has shuttered coal-burning power plants near cities. China has poured cash into renewable energy to address its ongoing smog crisis — while greatly expanding plans for nuclear power and fracking to tap vast reserves of natural gas. China’s economy is slowing, reducing the demand for coal, and on top of that, China earlier this month promised to slash an estimated 9 percent of its coal capacity. Even so, China remains the world’s leading greenhouse gas emitter, and pollution continues to choke major cities at alarming rates.

But some analysts say that this growth in wind could lead to overcapacity in China, which could make the industry less profitable, despite the government’s efforts. And one of wind’s key weaknesses can be found in the name of its leading company: Xinjiang is a remote province in the far western — and very windy — deserts of China. Integrating the power it produces into China’s electricity grid remains a huge challenge.

Still, China’s commitment to renewable energy is a crucial part of the country’s efforts to slowly wean itself off coal and to reach its promises outlined in 2014’s historic U.S.-China climate agreement.