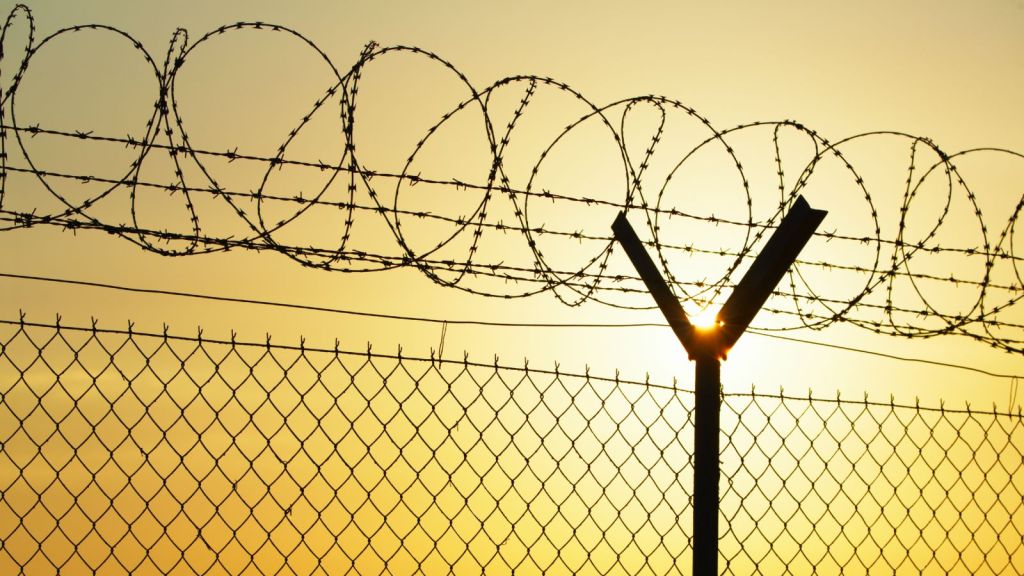 Climate change is making prisons even hotter and more dangerous

There is no population more captive to the effects of global warming than the incarcerated. And given the huge concentration of black and Latino prisoners in America, this is a classic case of environmental injustice, as these consequences fall widely on prisoners of color. A new study from Daniel W. E. Holt of the Columbia Law School’s Sabin Center for Climate Change Law explains over 144 pages what the climate-change toll truly is on the 2-million-plus bodies caged in our prison system.

The report focuses on the extreme heat effects from a destabilized climate — effects that are already turning some prisons into microwaves where prisoners bake between metal walls and bars with little air-conditioning relief. Some courts have already ruled that extreme heat conditions in prisons qualify as cruel and unusual punishment, which is unconstitutional. And others have argued in court that, for prisoners with heat-exacerbated illnesses, it’s also a violation of the Americans with Disability Act.

“The correctional sector may be alone in facing the prospect of viable constitutional litigation if it does not effectively adapt to the changing climate,” reads the report.

These conditions are made worse by the unresolved problem of overcrowding in jails in prisons. Attica state prison inmates in New York revolted in 1971 in large part over abuse and overcrowding. (Attica is still rife with abuse and overcrowding.) The report cautions that surface temperature and human temperament will rise alike as climate change worsens. Citing a report from the American Association for the Advancement of Science on how climate influences human conflict, the report says:

Another common consequence of heat in prisons has implications for both health and security, of inmates and correctional officers alike: the potential for increased violence. Fighting among inmates and assault incidents may increase when high temperatures cut tempers short.

Because human beings are sources of heat and humidity, the number of people in a given enclosed space has a direct impact on the thermal conditions in that space. Therefore, overcrowding of correctional facilities is an impediment to maintaining a tolerable interior environment. As external temperatures rise, overcrowding will become a bigger problem.

These are truths that are readily being accepted by the U.S. Justice Department and also by people who staff prisons, given that many of them are subjected to the rising heat as well. And while federal penitentiaries are required by executive order to have climate-change adaptation plans, there is nothing comparable for state prisons and local jails, the report explains.

As my colleague Tanvi Misra reported last year, excessive heat has led to increased illness and death in Texas prisons, which has landed the state’s corrections system in court. Same goes for Louisiana, where the New Orleans-based legal nonprofit Promise of Justice Initiative filed a federal complaint over heat problems in 2013 on behalf of sickly death row inmates held at Angola state prison. Angola inmates’ opportunities for relief are limited given the prison’s poor medical resources, which Promise of Justice is also suing the prison over. A federal judge has agreed that the triple-digit temperature settings at Angola are indeed cruel and unusual.

The legal and fatal consequences of failing to adapt to climate change and overheating prisons are yet more rationale for reducing the incarcerated population, reads the report. The report also recommends that correctional facilities:

“I hope that local, state, and federal officials can use this as a jumping-off point to work proactively to fix this obvious violation of the eighth amendment,” says Mercedes Montagnes, Promise of Justice’s director, about the study. “Excessive heat is not a part of a constitutional sentence.”