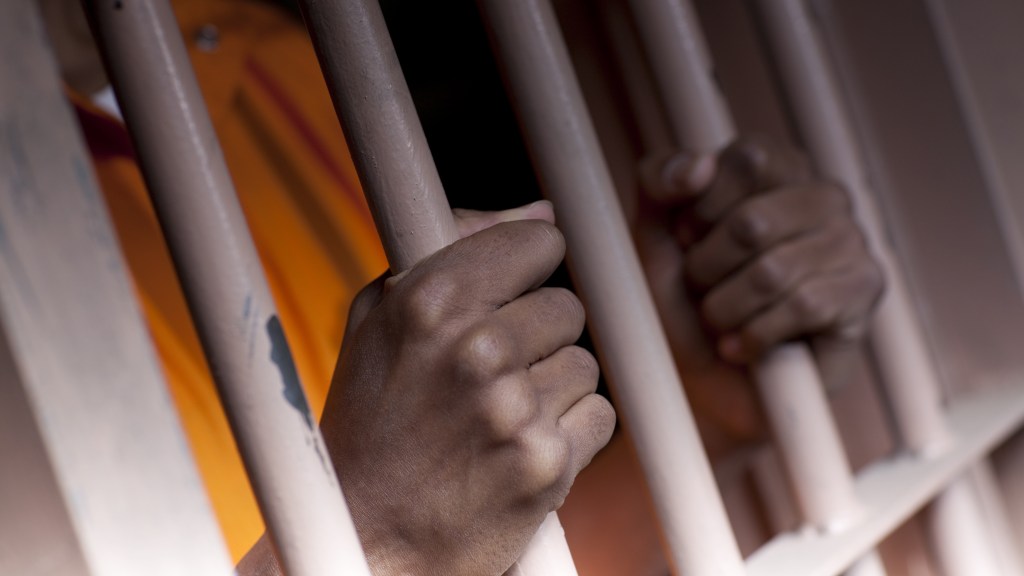 When we talk about the people who are most vulnerable to the impacts of climate change, we rarely, if ever, mention those in prison. For example, last year, we found out that prisoners in New York’s Rikers Island jail were not included in evacuation plans when Superstorm Sandy hit. They were held in their cells throughout its duration, though thankfully unharmed.

It’s going to become more difficult to disregard captive populations, however, in a future that’s virtually certain to include more extremely hot days — especially if more courts hand down rulings like the one, just before Christmas, that found the staff of the Louisiana State Penitentiary at Angola liable for neglecting three death row inmates who complained about the unbearable summer heat. Federal judge Brian A. Jackson ruled that the inmates were subjected to “cruel and unusual punishment” when prison guards refused to cool their cell blocks down from temperatures indexed as high as 195 degrees.

Judge Jackson’s 102-page ruling included a stinging rebuke of the prison warden and staff who may have tried to obstruct justice. During an earlier hearing, Jackson ordered that temperature data be recorded in the inmates’ cells over three weeks in July, so that he could determine just how hot it was for the prisoners. During that data collection period, Angola staff put awnings over hotspots and hosed down prison bars and walls with cold water. Assistant Warden Angelia Norwood at first testified that the awnings and water sprays were not done to affect the temperature results, but then later testified that they were done … I’ll let her tell it:

It’s cool that prison staff tried out some climate change adaptation measures. Not cool that they decided to do it precisely when courts were trying to gather real heat index data. Had Norwood’s staff done this when the inmates first requested it, in the months and years before, then perhaps this would have never reached court, consuming taxpayer dollars in the process. The crux of Norwood’s testimony was that the heat wasn’t as stifling as the inmates described — one said he felt like he was “on fire” some days — but then she had to juke the temperature data to back up her claim. As a wise man once told me, just because you pour more liquor over the wound don’t make it stronger proof.

Jackson dismissed Norwood as a non-credible witness whose testimony “lacked the ring of truth.” During the three-week data collection period, from July 15 to Aug. 5, every tier of the death row prison recorded temperatures in excess of 104 degrees. “On every single day during the collection period, inmates housed in tier A were subjected to heat indices in the National Oceanic and Atmospheric Administration’s National Weather Service’s ‘extreme caution’ zone or higher,” reads the ruling. That was despite the prisons shady attempts to lower the Fahrenheit.

Norwood is cut from the same cloth as climate deniers who manipulate numbers, disseminate misinformation, and try to confuse the public so that business can continue as usual, no matter how oppressive to certain populations.

And don’t get it twisted: The Angola situation is a climate change issue. According to NOAA, extreme heat is the top weather-related killer, as I reported in Colorlines last summer. As the days get hotter, both in Louisiana and across the globe, all prisons will need to adopt adaptation measures, lest they run afoul of basic human rights principles. Here in the U.S., Jackson found that the treatment of the Angola prisoners amounted to cruel and unusual punishment, a violation of the eighth amendment of the U.S. Constitution. Other prisons from California to Florida should be taking note.

Angola, now under court order, must install a climate-control system that will ensure the heat never rises above 88 degrees — a threshold that would be intolerable for any of us in the outside world, moving us to blast the A/C, but is a lot better than the triple-digit settings they’ve already endured. The judge emphasized in his ruling that “financial considerations will not be considered a legitimate reason” for failing to provide cooling systems for the inmates when the heat becomes unbearable. That means costs can’t trump health and welfare in this situation. If only that was the case in all climate change scenarios.