Climate change is messing with leaves, and leaves are messing back - Grist 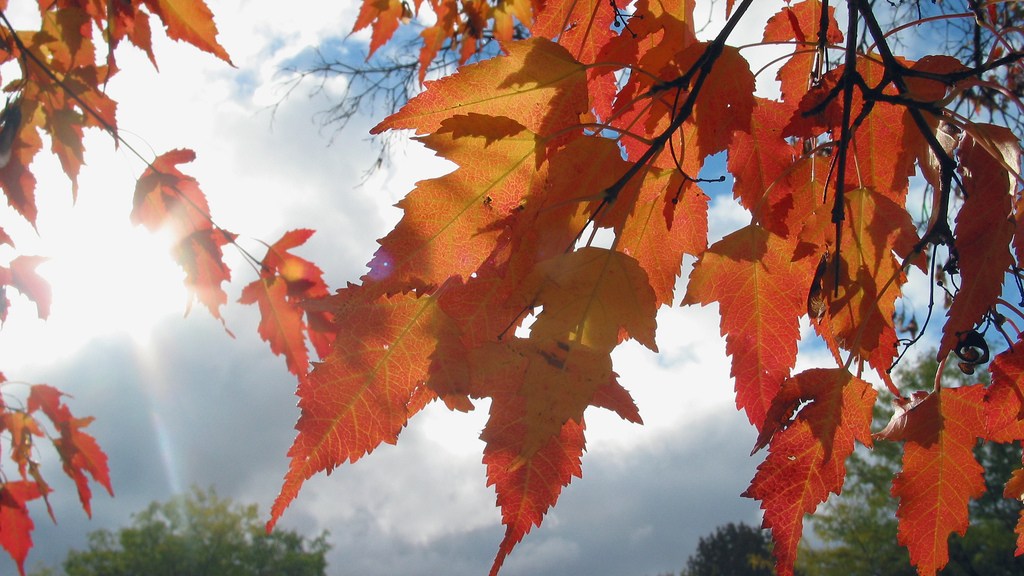 Scott Feldstein
leaf on, leaf off

Climate change is messing with leaves, and leaves are messing back

Basically, a new study published yesterday in the journal Nature Climate Change shows that vegetation patterns around the world are shifting thanks to climate change. Between 1981 and 2012, the timing of leaf emergence (“leaf-on”) and death (“leaf-off) apparently “changed severely” on 54 percent of the planet’s land surface. That means leaf life-cycles around the world are changing — which could, in turn, mean more changes to the global climate.

The specific forces behind these shifts could be a variety of things — local precipitation changes, temperature changes, shifts in atmospheric CO2, etc. — but one thing’s for sure: As much as climate change can mess with vegetation, vegetation can mess right back. Among climate-altering capabilities, plants have the power to tweak cloud formation, to change the amount of sunlight reflected away from the earth, and to alter heat exchange between the land and the atmosphere. Plus, subtle changes in vegetation can also mess with ecosystems: Some bird and insect species have already felt the effects of these changes as their life-cycles have fallen out of sync with the plants around them, according to Steven Higgins, one of the researchers behind the study.

Higgins and his colleagues point out that previous studies analyzing the effects of climate change on global vegetation have focused on net plant productivity, rather than life-cycle changes. And while net productivity is a useful measure of carbon sequestration capabilities, it “masks important details of the nature of change.”

That’s why, using satellite images, the researchers decided to take a look at those more subtle changes. Overall, the changes were widespread but inconsistent. Some places saw longer growing seasons with earlier “leaf-on” times, others saw later “leaf-off” dates. Parts of northeastern Argentina experienced earlier growing seasons and longer wet seasons. Savannas in some parts of the world behaved differently than savannas in other parts of the world. You get the idea. Overall, 95 percent of land surface experienced some change.

So damn you, evil Mr. Miyagi, with your calm, knowing voice and your cryptic ways. Stop toying with us!