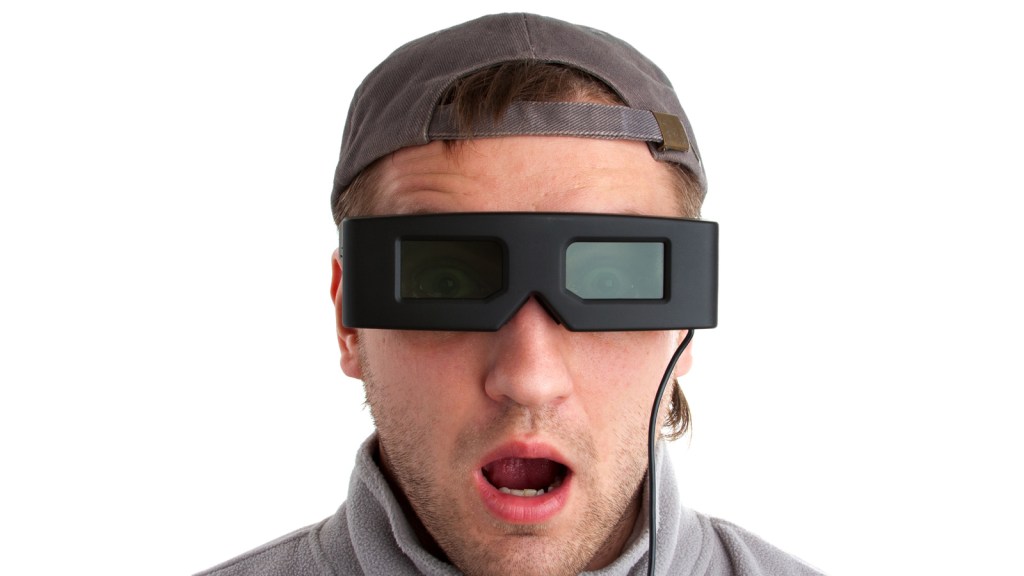 Despite our best efforts to convince people of the dangers of climate change, fully half of Americans still choose to ignore the 97 percent of scientists who say it’s real. Well, stop tearing your hair out, and get a load of this mind boggling study out of Stanford University’s Virtual Human Interaction Lab, which shows how virtual simulations might be the thing to do the trick.

Armed with an Oculus VR headset, one of the lab’s games guides the participant on a walk through the forest. And then, things get a little weird:

In a minute, she’s handed a joystick that looks and vibrates like a chainsaw, and she’s asked to cut down a tree. As she completes the task, she feels the same sort of resistance she might feel if she were cutting down a real tree. When she leaves this forest, and re-enters the “real” world, her paper consumption will drop by 20 percent and she will show a measurable preference for recycled paper products. Those effects will continue into the next few weeks and researchers hypothesize it will be a fairly permanent shift. By comparison, students who watch a video about deforestation or read an article on the subject will show heightened awareness of paper waste through that day—but they will return to their baseline behavior by the end of the week.

Just imagine what she’d do if we made her go out and cut down a real live tree!

The coral reef game takes it even a step further, by making the participant actually become a piece of coral. It goes something like this: Participant is plopped in the middle of a beautiful, serene sea. Ocean acidification sets in. All of her new aquatic friends begin to die off – until even the piece of coral that she has come to embody begins to fade. With the realization that not even her hot tears can make it better, she vows to never to anything to harm the ocean again.

Smithsonian reports that the game was more effective at getting participants to change their behaviors than making them watch an ocean acidification video explainer (but, then again, that might just be due to the known soporific qualities of most nature docs).

As for those of us who have dedicated our lives to communicating the dangers of climate change, painstakingly documenting every data point and endangered species? Screw it, we can all just go home. There’s a sweet new game on Xbox we’ve been meaning to try, anyway.