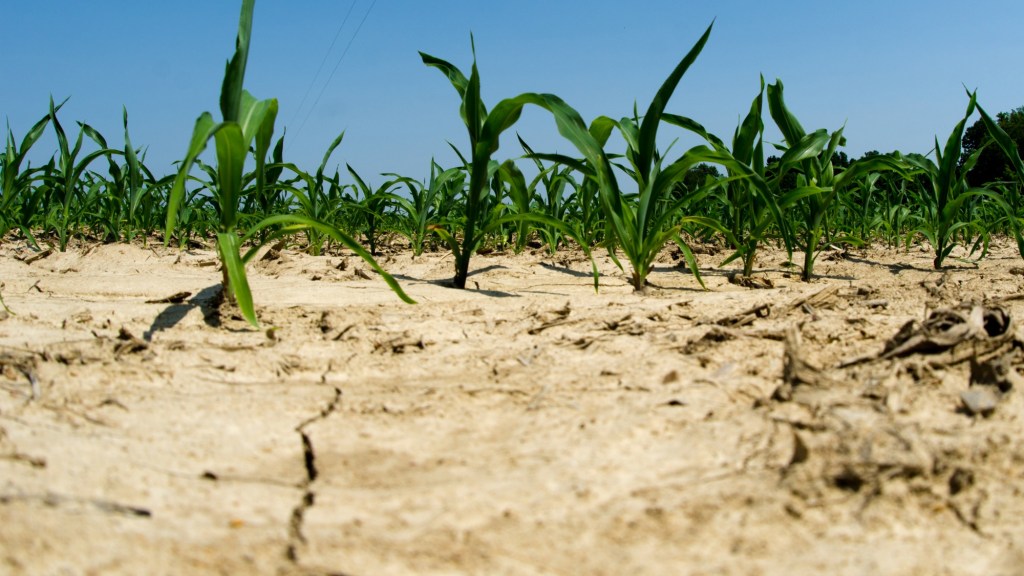 The days of “king corn” could be numbered as climate change brings higher temperatures and water shortages to America’s farmland, a new report warned on Wednesday.

Nearly one third of U.S. farmland is devoted to raising corn and the country produces about 40 percent of the world’s corn crop. But the $1.7 trillion industry — the equivalent of Australia’s GDP — is under threat from water shortages, heat waves, and unpredictable rainfall caused by climate change.

“Corn is an essential input to our economy, and climate change, water scarcity, and pollution are a critical threat to that sector going forward,” said Brooke Barton, director of the water program at the Ceres green investor network and author of the report.

The report amplifies warnings earlier this year from United Nations climate scientists and the National Climate Assessment that America’s agricultural industry — and specifically its corn crop — was at risk from the high temperatures and water shortages anticipated under climate change.

In the case of corn, however, there are potentially trillions at stake because the industry now touches on almost every aspect of the American economy.

Corn production has doubled over the past 20 years and on its own was worth $65 billion last year. But corn supplies a vast spread of industries. The 45 largest companies in the corn production chain together account for about $1.7 trillion in earnings, the report said.

Some 40 percent of the crop now goes for production of ethanol. Another 35 percent is grown for animal feed, but corn is used across the economy.

“It is fed to the cattle that become Big Mac. It is in the ethanol that goes into the gasoline we buy,” Barton said. “It’s in the snackfoods that we buy, even in some of the plastics in the products we buy. It is in laundry detergents. It’s everywhere.”

But the crop carries a heavy environmental toll. Corn uses the most water for irrigation of any crop, and accounts for half of all fertilizer use.

Some of that corn is raised in areas experiencing water shortages because of overuse and recurring droughts, such as California’s Central Valley or the high plains states of Kansas and Nebraska.

About 20 percent of corn production is in irrigated areas. Most of those areas, about 87 percent, are undergoing water shortages. Corn production is threatening dwindling groundwater reserves, the report said.

The heavy use of fertilizer also imposes costs. Fertilizer for corn production is the single largest cause of the dead zone in the Gulf of Mexico.

About 10 percent of fertilizer used on corn ends up as run-off, polluting water supplies across the Midwest, the report said. It estimated some $420 million in fertilizer was washed into the Gulf last year, depleting oxygen levels and killing off marine life.

The report goes on to urge farmers and food producers to work together to reduce those climate-related risks and the environmental costs of growing corn.

Corn plants are especially sensitive to heatwaves and drought. A report in Science last month found that growers were having more trouble than initially expected in adapting to hotter and drier conditions.

Over the years, farmers in the Midwest have taken advantage of new corn varieties that are more resistant to pests and have more water-resistant roots by planting corn plants closer together. But the Science study found those densely planted fields were even more vulnerable to heat and water stress.

The scientists said growers in the mid-west could lose as much as 15 percent of their yield within the next 50 years.