Who would win the World Cup of climate change? 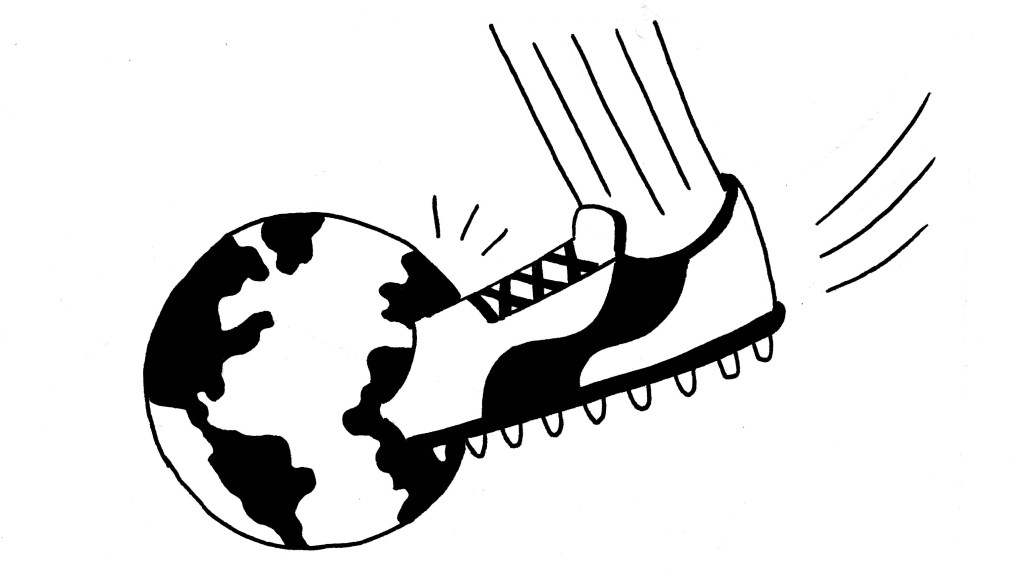 Who would win the World Cup of climate change?

There are lots of reasons for the green-inclined to give the World Cup a red card. The list of contentious points may include: those enormous construction projects in the Amazon, this endangered armadillo, and, of course, the colossal pyre of carbon emissions that come from flying thousands of soccer fans to the Southern Hemisphere.

But some of us can’t help it — we love to watch teams of grown men crying on the world stage, never mind the sordid backstage. If you want a better reason to root for a team than the color of their jersey (what, isn’t that how you guys pick your favorites? #sporps) here’s a bracket for you!

We set World Cup competitors against each other based on who can get the farthest on the least carbon emissions. The logic being, if you are going to pollute the atmosphere, you should make sure you get a lotta buck for your bang — that is, wealth for your combustive energy.

This bracket is our sloppy shortcut to see how much quality of life a country can wring out of relatively few carbon emissions. (Nerds, you can see our numbers here.) However, the biggest winner — Switzerland — also just happens to be the wealthiest. With only 5 metric tons of CO2 per citizen, and only about half its energy coming from fossil fuels, the alpine country is a middling competitor in the green game — but that $78,930 GDP per capita really pushed them over the top.

A few other notable upsets: Uruguay had a particularly sleek team, with only 2 tons of CO2 per capita and a not-insignificant GDP per capita of $14,700. Meanwhile, Nigeria handily swept its group, with a typically low 0.5 tons of CO2 but a GDP only half as high as its closest competitor, and the bike-loving wunderkind Netherlands was still dragged down by the weight of those 11 metric tons of CO2.

Of course, there are several other ways of looking at a country’s green, so we’ll offer you two bonus brackets:

Carbon Futprint: If you want to root for the country whose citizens boast the smallest climate impact overall, you can’t lose by betting on Cote d’Ivoire. With a low 0.3 metric tons of CO2 emissions per capita, Ivory Coast looks greener than the pitch at Maracanã Stadium.

Then again, we’re talking about a country where only 60 percent of the population has access to electricity, and the GDP per capita is a perilously small $1,240. Ghana and Cameroon are in a similar boat, along with It turns out that poverty is a pretty good indicator of climate impact — oh, and both tend to correlate to history’s most egregious human rights abuses. So instead of just patting these countries on the back for not having had much opportunity to pollute, we should trade in that trophy for some development opportunities and its attendant benefits — hopefully with a hearty helping of renewable energy.

Energy levels: Another way to choose your loyalty this World Cup is to cheer for the countries with the most renewable energy skin in the game. This bracket yields big losers, like Algeria with its 0.1 percent nod to renewable energy that’s more like nodding off, as well as some real heavyweight champs like Belgium, Costa Rica, and Switzerland. But none can boast energy so clean as France, with a praiseworthy 46 percent renewable energy production. Take that.

You may sense the caveat coming this time: A hefty chunk of France’s alternative mix comes from nuclear energy, an edge case for many environmentalists. We’re giving France a pass this time — after all, it IS low-carbon — but depending on your stance you may or may not consider this the energy equivalent of a doping scandal.

One thing that, sadly, did not surprise us was how dismally the U.S. performed overall. With a skyscraping 17.6 tons of CO2 per American, unmatched in the league, even our bronze-medal GDP per capita (lagging behind Switzerland and Australia) of $51,750 couldn’t save us. Then again, the Yanks are a long shot to win the real copa: The U.S. will play Germany, Ghana, and Portugal in its group. So we’ll need all the luck we can get.