Could the solution to climate change come from this castle? 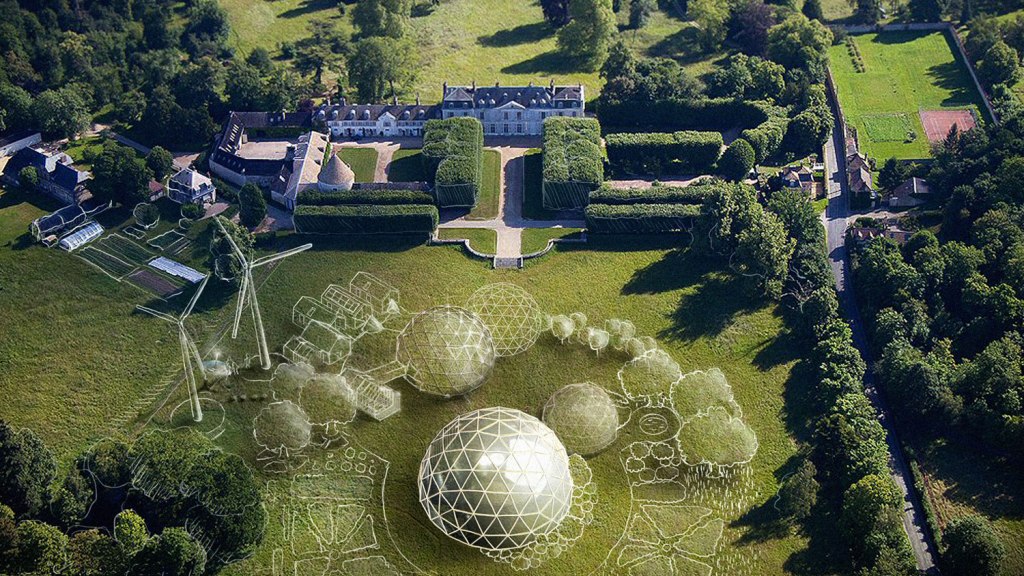 Could the solution to climate change come from this castle?

For six weeks, over 100 entrepreneurs will be living communally in a 16th-century castle outside of Paris. Their goal, like all cults worth their dianetics, is to save the world.

The Proof of Concept 21 Innovation Camp (POC21) is being billed as an “extreme co-creation event format which blends strategic design, prototyping, co-making and co-living.” While there, teams will be working on 12 open-source projects that will solve all of our environmental woes. They include a $30 wind turbine, a pedal tractor, an antibacterial water filter, a greenhouse controlled by your smart phone, and a re-design of the kitchen that includes an “aquaponic theatre,” which — as far as I can tell — is a fish tank underneath your sink.

POC21 is a collaboration between France’s OuiShare, a sharing economy organization, and Germany’s Open State, which focuses on finding innovative new ways to reduce people’s impact on the planet.

In launching POC21, members of each group decided that rather than waiting for politicians to endlessly debate actions to reduce emissions, they wanted to work from the grassroots to encourage projects that could have an immediate impact. Indeed, the next United Nations climate summit, UNFCCC COP 21, is scheduled for Paris in December.

“We need to move from protest to prototype,” said Daniel Kruse of Open State. “We were looking at all these climate summits, and people just talk and talk. So we thought we would try a different strategy by working with makers, with people who do stuff instead of just talking about stuff.”

The Château de Millemont (where POC21 will be taking place) is owned by the Millemont Institute for Water & Awareness. I was unable to find nearly any information about this organization, other than the fact that it’s registered as a corporation in Delaware and, according to a Le Parisien article translated courtesy of Google, is run by a quiet American man. I love a good cult, but this is fishier than an aquaponic theatre, if you ask me.

Conspiracy theories aside, the “makers” have a lot work to do before they can get down the the business of “making” — or, as camp organizers put it: Building “a new generation of sustainable projects that are sexy like Apple and open like Linux.” The castle hasn’t been occupied in two decades, and so the “makers” had to install water and electrical systems and composting toilets, and probably sweep too. While there, some are living in the castle itself, and others are camped out on the grounds.

“This castle is not a hotel,” said participant Justyna Swat, who is developing a concentrated solar panel system. “It’s a survivalist village.”

The projects will be shown at an invite-only exhibition in late September where organizers are hoping to connect the teams with potential investors or other companies that could bring the products to market.

Beyond that, they are hoping to demonstrate that collaborative, open-source projects can provide an effective method for creating solutions that will radically reduce the impact people have on the global environment.

If nothing else, this sounds like a very effective way for the Millemont Institute to carry out their goal of world dominance — which, honestly, doesn’t sound all that bad.