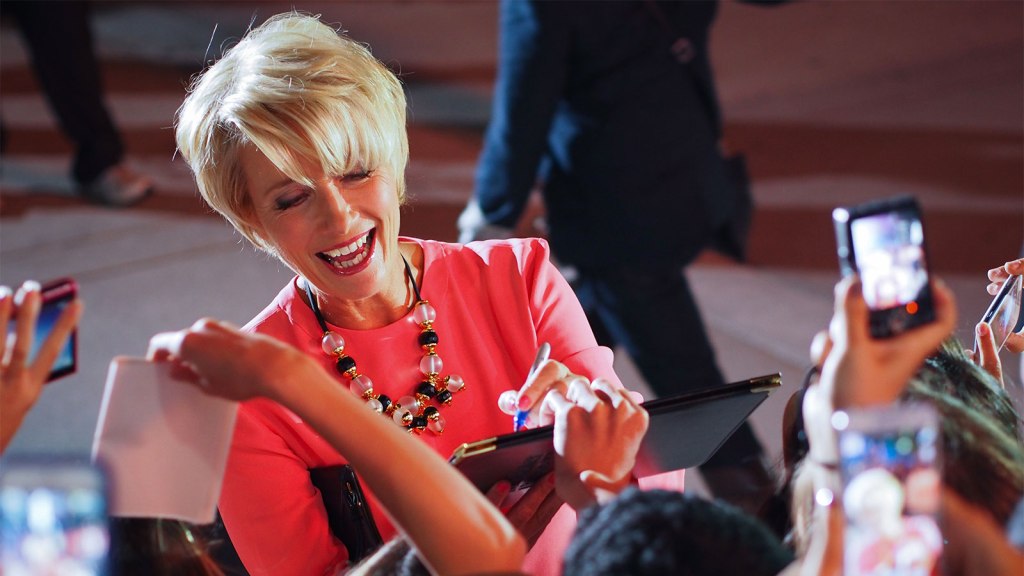 In arguably her second-best* work of all time, Emma Thompson has written an open letter to the U.S. Special Arctic Envoy Adm. Robert Papp, urging him to move away from oil extraction in the Arctic. Like everything Emma Thompson touches, the letter will leave you either laugh-crying or slow-clapping.

Allow me to set the stage: Thompson wrote the letter in connection with Greenpeace’s Arctic Declaration, which already has almost 7 million signatures. In the letter, Thompson opens with a flair of la tragédie, telling the admiral that if something isn’t done soon, everyone in the world, from now until eternity, could suffer — and it would be on his clock. I do love a good rising action:

You, Admiral, are about to be in receipt of an historic opportunity to halt this destruction, a most unusual and auspicious opportunity, the kind that may never come again, certainly not in time to count, the kind that goes down in history. It is not hyperbolic to say that changing course on drilling for oil in the Arctic would mean changing the lives of every person alive on this planet today and every generation yet to come.

Someone grab the popcorn, stat! Emma manages to call out the Arctic Council while making it sound like flattery, as only one well-studied in British-American period dramas could:

You know as well as I do that if oil companies go ahead, sooner or later an oil spill will devastate the Arctic environment. You and the Arctic Council now have a chance to change the plot before the story is written; to move us away from the bygone days of risky oil extraction and the blind greed of a few, and towards a just and fair future that embraces the alternatives that already exist, and charts the course toward the new energy future that this planet of ours so desperately needs, and so richly deserves.

But here’s where she really grabs the Oscar-nom: Thompson reminds Papp of his love for the land and calls him powerful, knowledgeable, and experienced — and that he is in the unique position of being able to “heal this magical place.”

We haven’t met, you and I, and yet we have much in common. We both hold a special place in our hearts for the Arctic and her beauty. We understand that the Arctic is both the victim of and potentially the aggravator of global climate change. … My pen and my profile can only do so much. With your power, your knowledge and your experience, you are in a position to protect the Arctic from oil drilling, to begin to heal this magical place that we both love, and thus to shape a better future for every one of us on this entire planet.