Frackers are strip-mining the Midwest for sand - Grist 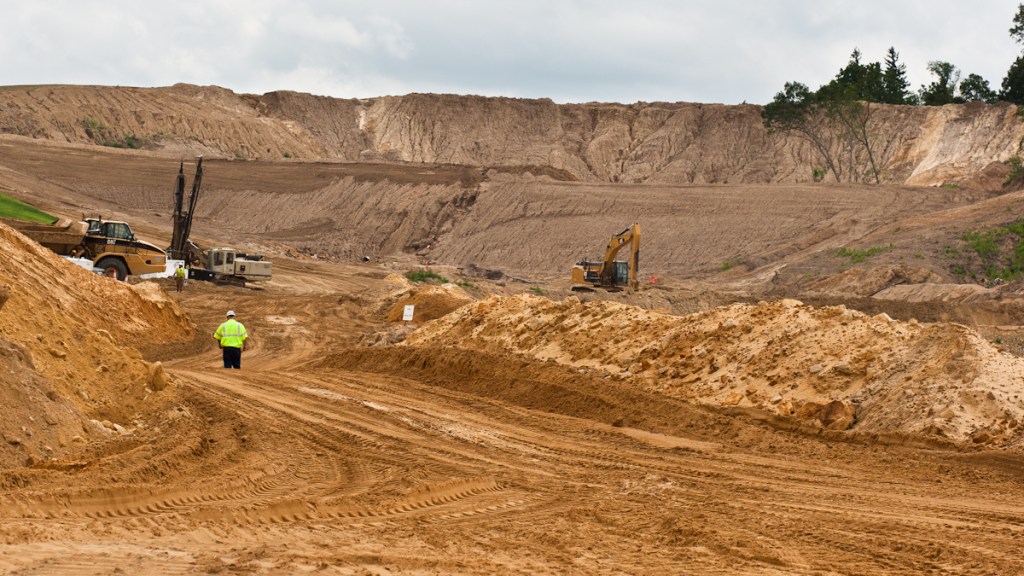 Frackers are strip-mining the Midwest for sand

There’s a new gold rush: sand. The golden-brown stuff has become the latest, hottest commodity on the market — actually, that’s inaccurate. It’s Northern White sand that’s all the rage now, according to The Wall Street Journal, because it can withstand intense heat and pressure underground. Why is that important? Because what’s driving the white sand demand is fracking.

The process of hydraulic fracturing for natural gas involves blasting a mixture of sand, water and chemicals into the underground shale rock. It can take millions of gallons of water for a fracking operation (which can result in poisoned groundwater). But dig the numbers on sand: It can take 4 million pounds of sand to frack a single well, according to WSJ’s Alison Sider.

Which is why sand prices and stock values are going up and mining activities for sand are expanding, notably in Wisconsin and Minnesota.

“Residents of those areas are less than happy — the hyperactive mining of sand has seen a massive public backlash about the truck traffic, dust, and breathing problems,” wrote Cassie Werber in the WSJ’s Energy Journal newsletter today.

It’s not just environmentally questionable practices like fracking that are contributing to the sand demand. Clean energy and tech enthusiasts are fueling the market as well. “Sand is a key ingredient in items from solar panels to smartphones,” Sider points out.

But the numbers for fracking are pretty staggering. Again from Sider:

Frackers are expected to use nearly 95 billion pounds of sand this year, up nearly 30 percent from 2013 and up 50 percent from forecasts made by energy-consulting firm PacWest  Consulting Partners a year ago.

It can take four million pounds of sand to frack a single well, but several companies are experimenting with using more. Companies like Pioneer Natural Resources Inc., which recently received a ruling from the U.S. Commerce Department allowing it to export unrefined ultralight oil produced from shale formations, are finding that the output of wells is up to 30% higher when they’re blasted with more sand. About a fifth of onshore wells are now being fracked with extra sand, but the technique could expand to 80% of all shale wells, according to energy analysts at RBC Capital Markets.

The last time people went rushing for sand it was to cover our coasts for beach resorts — a regrettable decision in most coastal areas given it’s made them vulnerable to erosion, rising sea levels, and other climate change impacts. Hopefully, the goldrushers are thinking more long-term on these new prospects.