Fracking, tribal lands, and the Bureau of Land Management: What happens next? 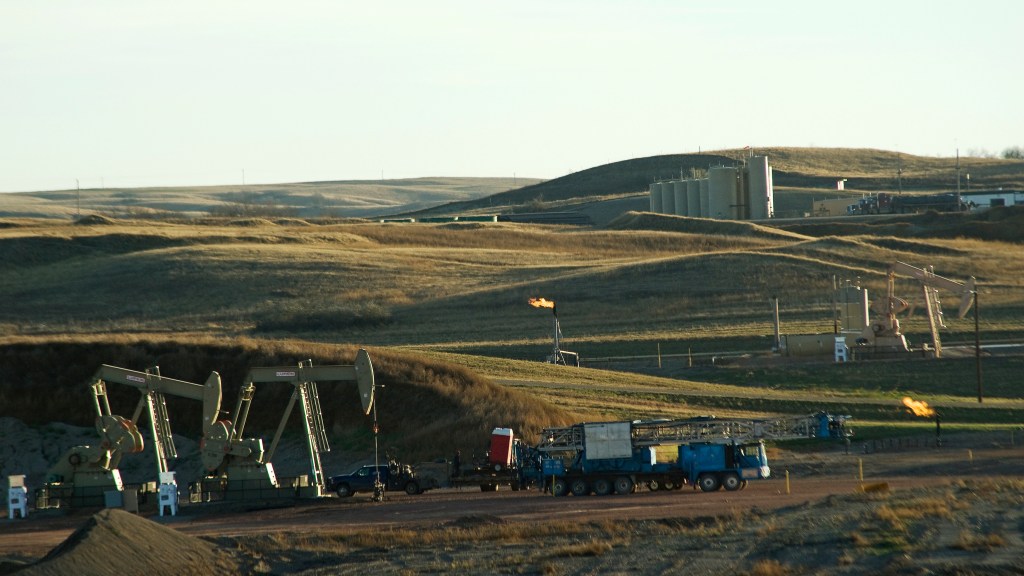 Fracking, tribal lands, and the Bureau of Land Management: What happens next?

The Fort Berthold Indian Reservation in North Dakota has been home to the Three Affiliated Tribes since 1870, after encroaching colonialism and smallpox compelled the Mandan, Hidatsa, and Arikara Nations to come together. In more recent times, it’s become home to drilling rigs pulling oil and natural gas out of the ground — along with all the trouble that the oil and gas industry brings to tribal communities. Think drug addiction, sexual assaults, and oil spills.

On Thursday, the Bureau of Land Management (BLM) will hold a hearing in North Dakota on its proposal to reduce natural-gas emissions on tribal and federal lands. Part of the reasoning is that the way natural gas gets extracted from the ground is plain wasteful. “Between 2009 and 2014, enough natural gas was lost through venting, flaring and leaks to power more than five million homes for a year,” according to the BLM. That’s a lot of waste, and tribal communities that are open to drilling feel it the most.

Lisa DeVille, who lives in Fort Berthold’s tiny town of Mandaree, has seen the way her land and the people on it have changed in the last decade. She works with Fort Berthold POWER, which stands for Protectors of Water and Earth Rights. I caught up her this week, ahead of the BLM’s hearing. The following is an edited and condensed version of our conversation.

Q. We had to postpone our conversation a bit because of an emergency. What happened?

A. This past weekend, I got news that [a friend] lost a few more horses. I told her they needed to get a veterinarian right away, and to document all the information. I called her for an update and then called the tribal Environmental Protection Agency. They live in an oil and gas area, and there’s oil flares and pipelines everywhere. The horses, three of them, just started kicking, and then died. But the tribal EPA never came out or got a hold of her. She’s been waiting for them to come out to see her.

Q. Aside from livestock falling dead, what’s it like in Mandaree today, and how have you seen it change in the last few years?

A. Our land used to be lush with fruits. We used to go hunting, but all of the land is oil extracted now and the animals became scarce. Today, everywhere you look you see and hear huge flares, even directly across the street from where we live. We have no zoning rules, so a lot of the drilling is happening all around us, less than a quarter mile from homes. It’s a pretty direct impact. My cousin, who lives right down the road here, lives across a creek where a gas rig that sounds like a roaring airplane just burns constantly. You can feel the earth shaking and you can smell diesel where they’re doing the oil extraction.

Q. What kind of environmental effects have you seen from extraction?

A. We don’t even know what the exact impacts have been because our tribe doesn’t enforce air and water monitoring. We have little groups trying to do some monitoring, but then we have territorial issues when it comes to testing. We had a huge brine spill, and Duke University came and did a study. But then the tribe will say that there’s no brine identified in the water, every time! We try to get information, but they won’t share it with us.

Q. How has tribal leadership responded to all of this?

A. [Laughs.] It’s been a challenge, because they are too busy wheeling and dealing with industry. They couldn’t care less about what’s happening because they’d rather see money. Our housing is very poor here and needs renovations. They don’t care that our roads have been ruined here in Mandaree, which is the biggest money-maker in oil for the tribe. We don’t even have street signs or speed bumps, but they don’t care. They never hold public hearings or referendums. They might come out if it has something to do specifically with man camps, but not much else. They don’t want to hear you.

A. A man camp is a place where all the oil workers live; it’s made to accommodate them while they work on the rigs around here. And it means we have to worry about new people coming in –we don’t know how many of the workers are sex offenders. We worry about keeping the community safe. We can’t leave our doors unlocked like we used to.

Q. What do you expect out of this hearing with the Bureau of Land Management?

A. As Native Americans, this is the only land we have left. Our creation stories come from the earth — and we’re not supposed to be doing what we’re doing to the earth. Everything has a spirit, and everything is life. I’m not saying an expert. I’m just someone who knows we have a human right to clean air, clean land and clean water. People who don’t live here and aren’t from here are making decisions for us. The white people who live in Bismarck don’t have gas flares a few yards from their homes. But they get to make the decisions, and we don’t even know the impacts will be. So I want stricter laws and I want stricter enforcement from the Bureau of Land Management. I want stronger inspections, rules and regulations. The industry needs to take care of what’s happened. What I want on Thursday is for the BLM to know to move on those stricter methane regulations.