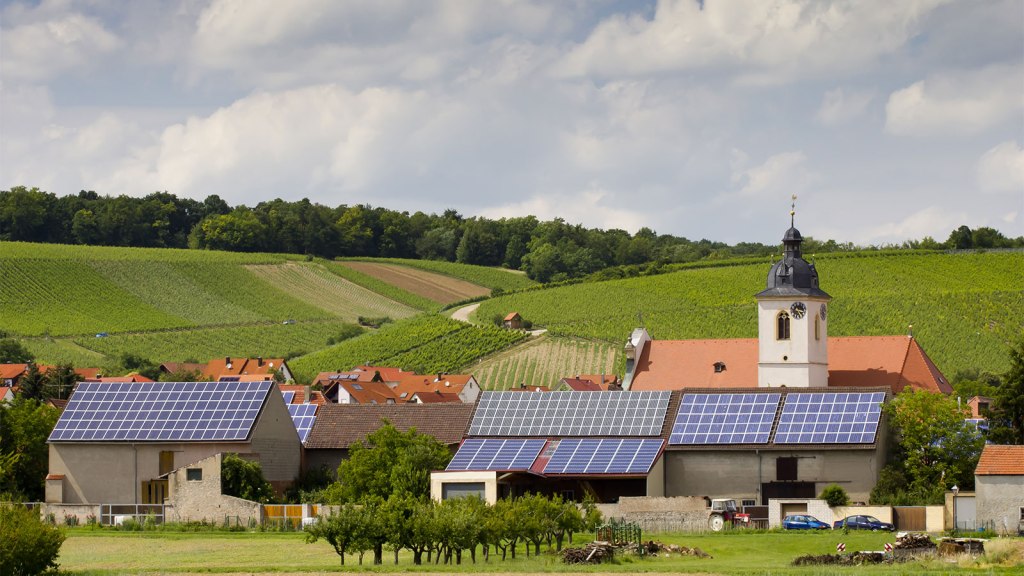 Germany has hit a new clean energy milestone: So far this year, the country has gotten more electricity from renewables than from any other single source, 27.7 percent. That (just barely) beats the 26.3 percent of power generated by lignite coal, according to Agora research organization.

“This is a real success and watershed moment,” said Famke Krumbmuller, an analyst at Eurasia Group.

Wind accounted for 9.5 percent of the power fed into the country’s grid in the first nine months of 2014, biomass for 8.1, solar for 6.8 percent, and hydropower for less than 4 percent.

Last year, Germany got 24.1 percent of its electricity from renewables, so it’s up more than 3 percent. German Chancellor Angela Merkel’s government is aiming to get as much as 60 percent of the nation’s electricity from clean sources by 2035, even while phasing out nuclear power by 2022. (If you’re still looking for a star quarterback for your climate hawk fantasy league, Merkel is looking like she might be ace at pummeling her way to a climate goal.)

The U.S., by contrast, got just 6 percent of its electricity from wind, solar, biomass, and geothermal last year, and other 7 percent from hydro.

Still, while Germany is kicking our arsches on clean power, energy analyst Anna Czajkowska cautions against reading too much into the new numbers. A mild winter earlier this year led to low power demand and Fower than usual output from dirty power sources.

But we’ll raise our steins to Germany nonetheless. Three cheers!