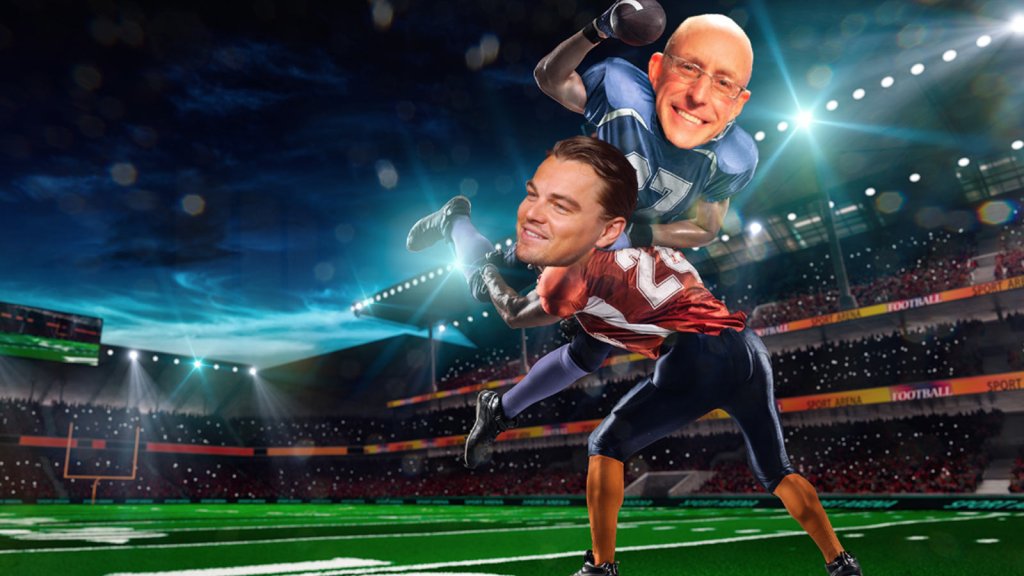 And yet we as a football-crazed culture still can’t look away. One of the reasons: fantasy sports.

Yup, despite all the controversy, fantasy football banter can be heard at a water cooler near you. If you’re not one of the estimated 33 million people who will play fantasy football this year, chances are you know someone who is obsessed with the increasingly popular pastime. (And that person is probably kicking himself right now for not drafting Colts quarterback Andrew Luck).

Here at Grist we’re not immune to the fantasy bug, either. And considering all of the ugly NFL headlines of late, we wondered: What if you flipped the fantasy football model for green all-stars? What if you could put together a climate hawk fantasy team? An elite lineup of climate-fighting bad-asses that you would feel great supporting?

So we came up with a game: the Grist Fantasy Climate Hawk Draft. We adapted the rules from a typical fantasy football draft and conducted our own draft.

For those who are new to fantasy, a quick primer: Fantasy sports are all about assembling a team of players you think will have consistent statistical success and rooting for those players on a regular basis. Your fantasy team is, well, your dream team. You fill your team at key positions that are defined by your league rules. In fantasy football, your team will assuredly have a quarterback, a couple running backs, wide receivers, and so forth. Team captains select players in a draft format. A player is available for only one team per league, so team captains have to choose wisely and competitively. “Daaaamn, you took Peyton Manning for your quarterback? OK, give me Drew Brees.”

Here are the rules we came up with for the Grist Fantasy Climate Hawk Draft:

2. Define key “positions” or roles that a climate hawk dream team should have. For our money, we defined 10: the billionaire, the politician, the world leader, the scientist, the celebrity, the food advocate, the tech mogul, the artiste, the corporate insider, and the activist.

3. Team captains select “players” (i.e. favorite green all-stars) to fill positions in a draft format. Captains alternate picks. Team One selects, then Team Two selects, then Team One selects again, and so forth. Determine the draft order at random (coin flip or names in a hat always works). The pool of players is open-ended, but please do use common sense. Once a player is chosen he or she can not be chosen again. “Daaaaamn, you took Mike Bloomberg for your billionaire? OK, give me Tom Steyer.”

4. Captains can select positions in any order. Want Michael Pollan as your food advocate with the first pick? Go for it.

5. Captains pick one person per position. Draft ends when positions on all teams are filled.

So who wins? Well, we’re still refining that part, as climate fighting stats aren’t readily available. But a fantasy climate hawk team should undoubtedly have a balance of power, reach, personalities, men/women, and underdogs.

We recently held an internal draft between fearless fellows Sara Bernard and Madeleine Thomas. The highlights:

Sara: We flipped a coin, and I got first pick, but that was actually pretty tough. Out of all the amazing, high-powered, inspiring humans out there — and 10 must-have categories — who in the world should I pick first?! I quailed. But then, OK, a ton of money has got to be behind this. So I went with billionaires Bill and Melinda Gates. They’ve got some billions, plus a philanthropic foundation already firmly entrenched.

Madeleine: No big surprise there, but I’m not worried: I got Bloomberg. He’s super outspoken about public health and he’s a staunch believer that major cities are accountable for reducing climate change threats. Thanks to him, New York City is on a path to cut emissions by 30 percent by 2030.

Sara: For tech mogul, I was stoked to nab Elon Musk. He’s done incredible things for electric vehicles and the green tech industry and his wave doesn’t even seem like it’s crested yet. (Guess he could have been the billionaire, too. Hmmm.)

Madeleine: We all know girls run the world (thanks, Bey), so I picked Hillary Clinton as my politician. I definitely want her on my team since she’s shaping up to be a 2016 presidential candidate.

Sara: I feel like I couldn’t go too wrong by snagging Leonardo DiCaprio as my climate hawk celebrity. Yes, I loved him desperately as a preteen, but that was before he started a foundation, produced a documentary about climate change, narrated another documentary about climate change, and started winning awards for his environmental work. He probably won’t win any awards for his rap game, but that’s OK.

Madeleine: I’m kicking it old-school with Sir David Attenborough as my celebrity pick. He’s spent the past 60 years traveling the world as Britain’s most beloved naturalist narrator and let’s be real, his gentle lilt soothes me into a total stupor every time I watch Planet Earth — the best nature documentary EVER made for television.

Sara: Food advocate Raj Patel doesn’t have as much foodie clout as the infamous and awesome Michael Pollan, I admit. But he’s doing absolutely amazing things when it comes to global agriculture and social justice. He doesn’t just take on the American food industry but also the ginormous global agribusinesses that are wrecking the planet and causing famines at the same time.

Madeleine: I threw in Richard Branson as my corporate insider wildcard — mostly because I dig his rebel billionaire vibe and devilish British charm. He strikes me as the type of person who’d just as likely get plastered with you at the pub as hash out the next major carbon emissions plan aboard an around-the-world hot air ballon ride. I’d throw back a couple with him, for sure.

1. The billionaire: Bill and Melinda Gates

And here is Madeleine’s full team, The Ozone Layaz:

Sara: Honestly, for me, picking a climate hawk team wasn’t so much about the competition (I care almost as much about “beating” Madeleine in this game as I do about the “real” fantasy football, i.e. NOT AT ALL). It was more about the fantasy part. Like, what if we actually could come up with the best 10 players on the planet to save the planet? And what if they would “win” it for us? Somehow, it made me feel just a little better.

Madeleine: I’m not much of shit-talker, so it’s not about winning for me, either. But I have to say, it was really tough to pick a team. It’s refreshing to see that there’s such a diverse mix of people actively interested in understanding climate change — from some of our globe’s most renowned astrophysicists to our beefiest pop culture icons. There are tons of people out there who could have made either of these teams.

Sara: Oh, and one last thing: I want my head coach to be Captain Planet.

Who would you pick for your fantasy green team? Let us know in the comments below!