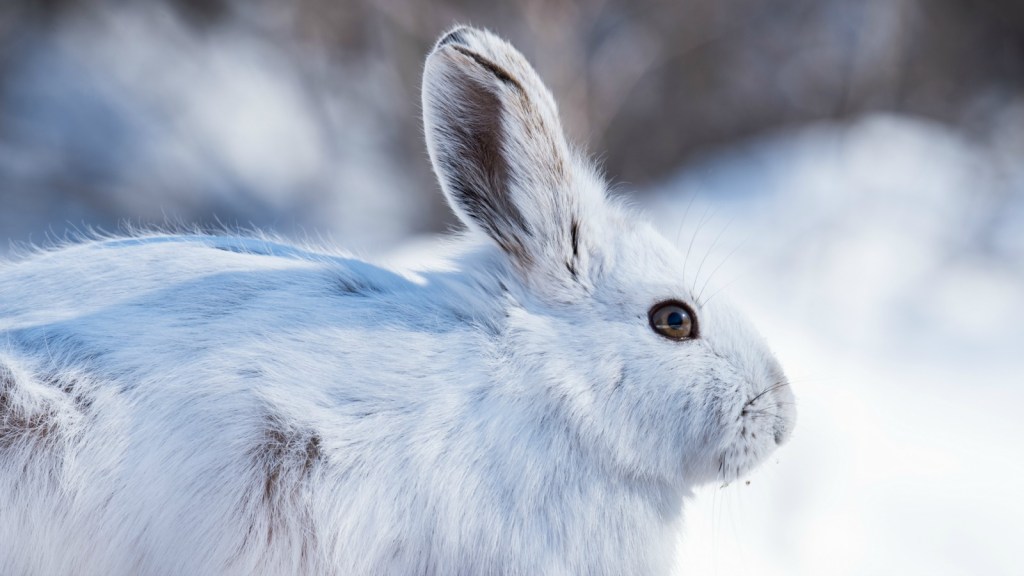 The snowshoe hare has a coat for every occasion. Well, actually, just two coats for two occasions: a white one for winter and a brown one for summer.

This special molting pattern helps the unassuming furballs blend into the landscape and stay out of the crosshairs of bobcats, foxes, and owls. But when the final snow melts earlier and earlier in the spring thanks to climate change, the hare’s natural molting pattern is off, leading to “camouflage mismatch.”

And no, “camouflage mismatch” isn’t a fashion faux pas from What Not to Wear — it’s when an animal contrasts against the color of its surroundings. If a creature visually stands out, predators (not unlike fashionistas Stacy London and Clinton Kelly) are more likely to swoop in and ambush the eye-catching animal.

A recent study, led by Marketa Zimova from North Carolina State University, found that each week a snow-white hare stands out against its background, it’s 7 percent more likely to be eaten. From Pacific Standard:

Right now, the average hare ends up standing out against its background for less than a week every year. In the future, however, as climate change melts the snow earlier, the hare population may take a hit. In fact, Zimova’s team calculated that, if the world keeps emitting greenhouse gases at a high rate and the hares don’t adapt, they’ll decline by 23 percent by the end of the century.

Over the past couple of decades, scientists have noted several “mis-timings” in nature due to global warming. But Zimova’s study, published in the journal Ecology Letters, is one of the first to show that the mismatch can be deadly. … The hares are a harbinger for a number of other animals. Zimova knows of 16 color-changing species that may be similarly vulnerable, including ptarmigans, weasels, and Arctic foxes.

Snowshoe hares seem to be oblivious to how much they stick out, and they don’t have control over when they molt. The only recourse, according to Pacific Standard, is “if the population as a whole evolves to molt earlier in the spring.”

In the meantime, for the snowshoe hare, a bad hair day means something a little more dangerous than for the rest of us.