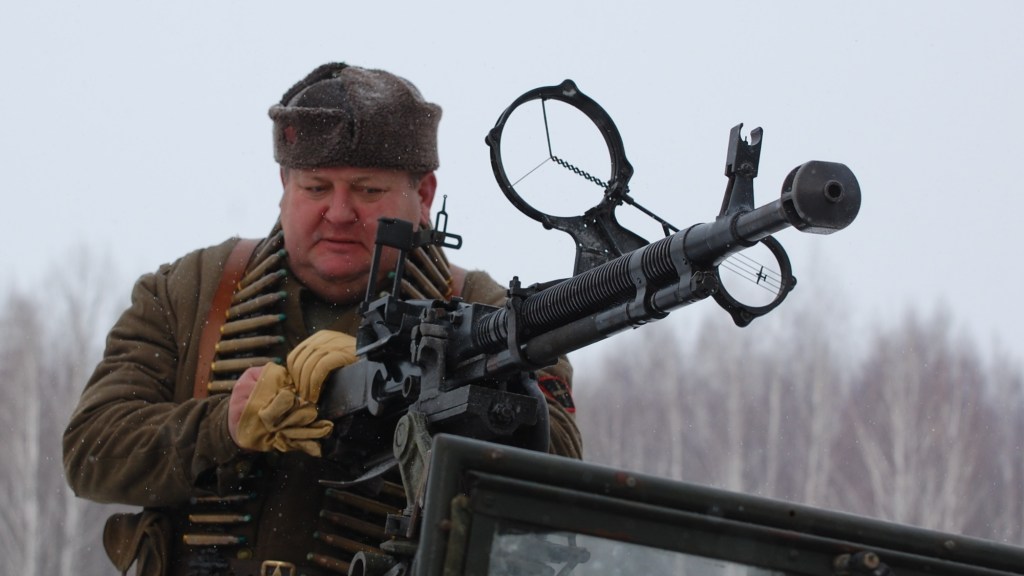 Militarization and geopolitical maneuvering is heating up in the Arctic as once-frozen tundras melt into the sea, unearthing a bonanza of oil fields and shipping routes.

Russian Pres. Vladimir Putin this week ordered his military brass to pay “particular attention to the deployment of infrastructure and military units in the Arctic.” He said Russia would open two new Arctic airbases and noted that a long-deserted Russian airbase on the Novosibirsk Islands was recently reopened.

Putin’s orders were widely seen as a direct response to new efforts by Canada to claim the seabed beneath the North Pole as its own territory. The South Pole is divided among seven countries like the center of pre-sliced frozen pizza; but the United Nations doesn’t consider that any country currently controls the North Pole. From the BBC:

The submission [to the U.N.] will further assert that Canada owns the Lomonosov Ridge, an undersea mountain range between Ellesmere Island, Canada’s most northern landmass, and Russia’s inhospitable east Siberian coast. Russia insists that it is the ridge’s true owner. In 2007 Russian scientists carried out a mission to the region and came back claiming the shelf for the Russian Federation. Divers even planted a flag on the seabed.

All this international posturing must surely have left the mood dour in Santa Claus’s North Pole-based toy factory. On the flip side, if he is blown to smithereens as “collateral damage” during a new cold war, the Western world might finally be weaned off its addiction to late-December materialism.