Is this giant chasm in Siberia a portal to the underworld? You decide! 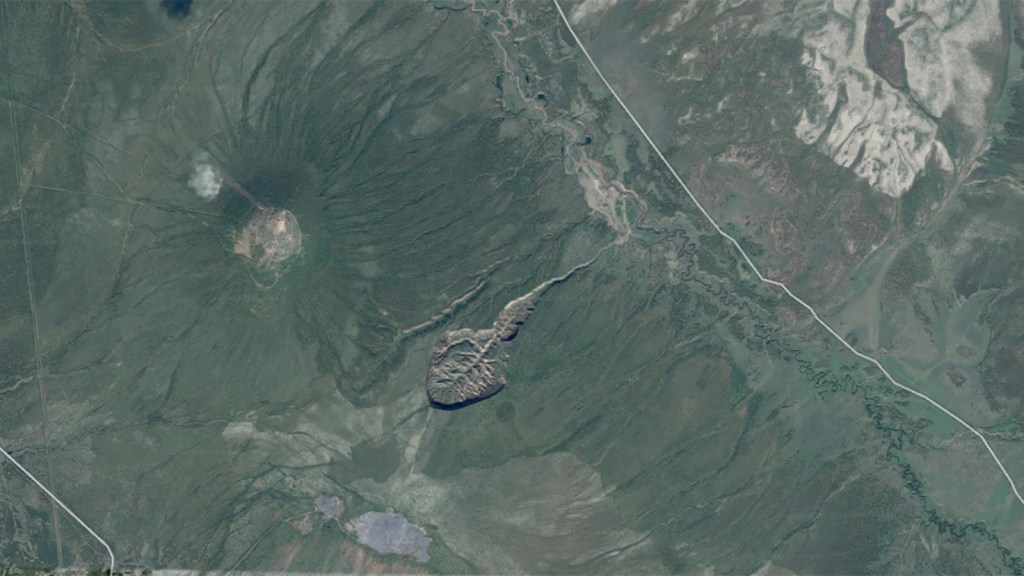 Is this giant chasm in Siberia a portal to the underworld? You decide!

Ever wondered what the underworld looks like? Well get yourself to Siberia, and quick.

According to The Siberian Times, a sinkhole known as the Batagaika crater (or “megaslump”) formed in the Verkhoyansk region of Siberian in the 1960s, after the land was cleared by logging. Without vegetation, the permafrost started to collapse — and it has continued to, for the last 40 years. Locals now refer to the site — which is nearly a mile long and over 300 feet deep — as the “gateway to the underworld.”

While we are unable to confirm that the massive pit is indeed the gateway to the underworld, it’s not hard to see why locals might think so. The pit isn’t just huge — it’s also loud, with large clods of soil constantly crumbling from the edges and falling into the pit.

While giant pits in the ground aren’t wholly uncommon in Siberia, they are troubling. According to geologic records, Siberia hasn’t seen craters of this magnitude since the planet moved out of the last ice age, roughly 10,000 years ago.

But as Batagaika researcher Julian Murton told Motherboard, there may be more slumps in store for Siberia’s permafrost. “I expect that the Batagaika megaslump will continue to grow until it runs out of ice or becomes buried by slumped sediment,” Murtan said, adding that, “It’s quite likely that other megaslumps will develop in Siberia if the climate continues to warm or get wetter.”