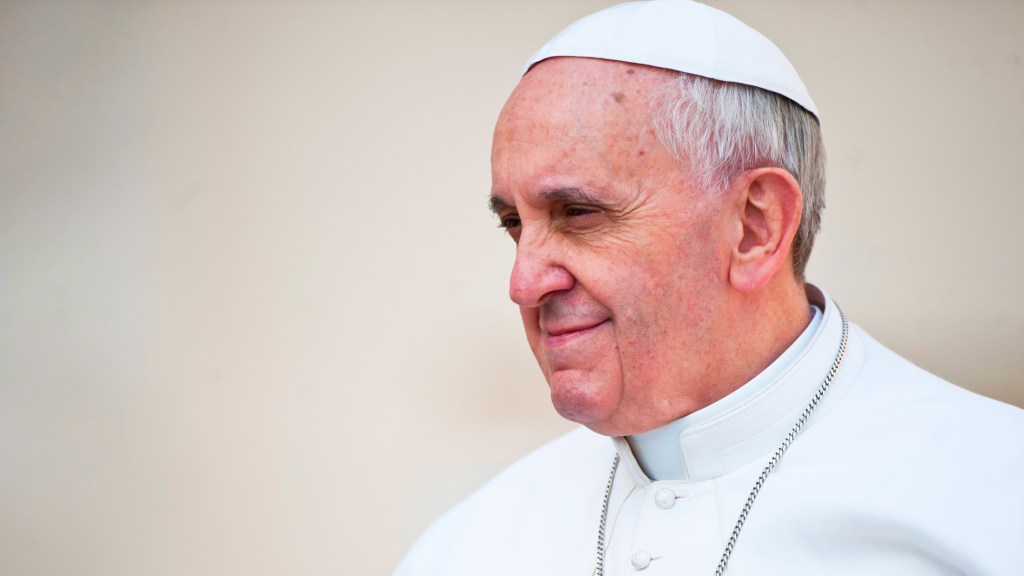 Pope Francis has so far had a tough time selling his high-profile climate campaign to Americans — even to the faithful. Two recent national surveys asked whether American Catholics were familiar with the pope’s call for action, and the results were decidedly mixed.

Polling data released Monday by the Public Religion Research Institute shows that one in five Catholics are still unfamiliar with the pope’s position on climate change, outlined in his landmark encyclical — or papal letter — in which he said humans were contributing to the “unprecedented destruction of the ecosystem.” PRRI describes that number as “substantial” but notes that it’s similar to other hot-button political issues, such as abortion and same-sex marriage. A separate poll, released two weeks ago by the Associated Press-NORC Center for Public Affairs Research and researchers from Yale University, found an even larger proportion of Catholics who were unaware of the pope’s views: only 40 percent had heard about the papal letter and its themes of environmental and economic justice.

Still, there’s plenty of good news in both polls. According to the PRRI survey, American Catholics are much more likely to side with the pope’s position on global warming than to oppose it — 47 percent compared with 24 percent. The earlier AP-NORC/Yale survey found that a majority of Catholics (64 percent) said they thought it was appropriate for the pope to take a stand on global warming.

Robert Jones, the CEO of PRRI, says the unfamiliarity with the pope’s message may not be about climate change per se, but a lack of awareness of Francis’s political views more generally. Timing might also be key. “I think with news in the summertime as people head to vacation, it’s often a difficult time to break through,” said Jones. That means the pope’s visit to the United States in late September will be crucial. “After his visit, these numbers will look a little different,” Jones said. The papal visit “will give him a platform to highlight priorities and put issues on the front burner.”

Leading experts on Catholicism and the environment say it’s still too early to gauge the impact of the pope’s climate initiative, and they agree that his U.S. visit will bring it to a much larger audience.

Mary Evelyn Tucker, a director of the Forum on Religion and Ecology at Yale University, anticipates that the pope’s message will seep into actual sermons given in American churches and Catholic schools. She also said the pope’s timing was tricky: The encyclical’s release came during intense media coverage of the Charleston church massacre. “What was anticipated for well over a year was completely trumped by a very, very tragic story,” she said.

But Tucker also said she wouldn’t expect the needle to move on this issue just a month after its release. “This is extremely challenging,” she said, referring to the pope’s letter. “It says ecology and the economy and equality are all intertwined. And that’s a very unusual mix for Americans, who regard these as separate issues.”

“These are some things that some people don’t want to hear,” she added. Republican candidates for the White House were quick to criticize Francis’ climate pitch at the time of its release, and anti-climate action groups such as the Heartland Institute began encouraging followers to send letters and emails to the pope and to push climate skepticism within their local congregations.

“Faithful Catholics look to the Holy Father for guidance of the spirit, not instruction on scientific matters,” Heartland spokesperson Jim Lakely told Mother Jones. “Pope Francis is not an expert on the climate, and the scientists he has relied on for guidance have led him astray. Most Catholics can see that.”

“As always, Francis’ heart is in the right place,” Lakely added. “But his decision to follow the policy advice of the alarmist scientists at the United Nations would only hurt the poor by making vital energy more expensive and less reliable.”

Given that level of opposition, Dan Misleh, executive director of the environmental advocacy group Catholic Climate Covenant, is encouraged by the early polling. “Is it where we would like it to be as an organization? Certainly not,” he said in an interview after the AP-NORC survey was released. “It’s a big population. So not everybody is paying attention.”

“Is it where we need it to be to affect policy?” he added. “It’s not ideal, but it’s way bigger than anything in my recent memory.”

Tucker agreed. “There’s always going to be pushback,” she said. “This is part of the arc of justice. We have to take a historical perspective.”