“National Invasive Species Awareness Week?” More like National New Neighbors Welcome Week! As previously mentioned, climate change is pulling out all the stops enticing species around the world to explore new neighborhoods, and we here at Grist have decided to get to know these adventurous species instead of crying gentrification wolf. (Get a move on, wolf!) 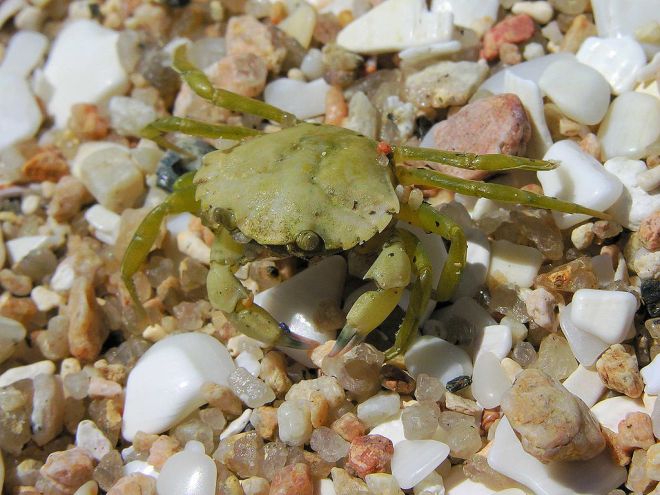 Q. You guys came over from Europe a long time ago. It’s almost like you’ve been here forever.

A. [Laughs.] I wish you’d tell that to all the people who still treat us like we don’t belong here. I mean, it’s been almost 200 years since our ancestors jumped ship in the Long Island Sound, and this generation is still taking the heat. Give me a break. We’ve made our way all over the East Coast and even out to the West Coast. This country is as much our home as anywhere else. And by “anywhere else” I mean practically everywhere

Q. That’s right. You guys sure have made the rounds — South Africa, Japan, Argentina, and Canada just to name a few. Where does this love of travel come from?

A. We’re just a very low-maintenance species, very adaptable. Some call us eurythermal.

A. It sounds pretentious, I know. It just means we thrive in a wide range of water temperatures. For most of us, that means anywhere between 32 and 95 degrees F. So we could be in Iceland, or we could be in Africa — either way, we’re happy as clams!

Q. Yeah, but we don’t eat 40 in one day like you guys. You can totally wreck local clam populations going on benders like that.

A. Hey — you snooze you lose. Fortunately for us, we love all bivalves, so if we make our way through the clams, we’ll just move on to scallops, mussels, oysters … I’ll take one of everything, please! [Laughs.]

Q. We have to change the subject. You’re starting to make me hungry. Let’s go back to this eurythermal thing. Is that unusual among crustaceans?

A. It is, and that’s really too bad. Most crabs and lobsters just can’t survive in that kind of heat. Their hearts can’t take it.

Q. That is too bad, but let’s be honest, it’s also kind of good for you, right? I mean, with climate change warming things up, you guys will have a clear advantage in some places.

A. You know, I really don’t enjoy benefiting from the misfortune of others [Note to readers: This is a lie. Crabs will eat your remains off the ocean seafloor before they’re even cold.], but it’s true. A lot of species are really worried about climate change, and they should be. It’s going to really mess things up for a lot of them. But for us? Bring it on, baby. We can handle it. Just look at how much our population exploded in the Gulf of Maine last year. Those waters have been warming up unusually fast compared to other parts of the ocean, and trust me, fisherman were getting so sick of seeing our ugly faces in their nets. It was hilarious!

A. Seriously, though, if the conditions in the Gulf of Maine are any indication of what’s to come, it looks like we’ll be doing just fine for a while.