This week is “National Invasive Species Awareness Week,” a time when we’re all supposed to be learning about the dangers of new species entering and fundamentally altering existing ecosystems. This is likely to happen more often as climate change turns up the thermostat, laying out the welcome mat for certain cold-averse species.

A lot of people find invasive species worrisome. The National Wildlife Federation, for example, appears to be totally losing its shit. We, in fact, have been guilty of losing our shit. But it’s time to take a chill pill and look at this situation with open minds and open hearts. What if, instead of thinking of these globetrotting species as invaders, we thought of them as our new, exotic neighbors? That doesn’t sound so bad, right? This week, we’re going to meet a few.

First up is the The Asian Tiger mosquito (Aedes albopictus): 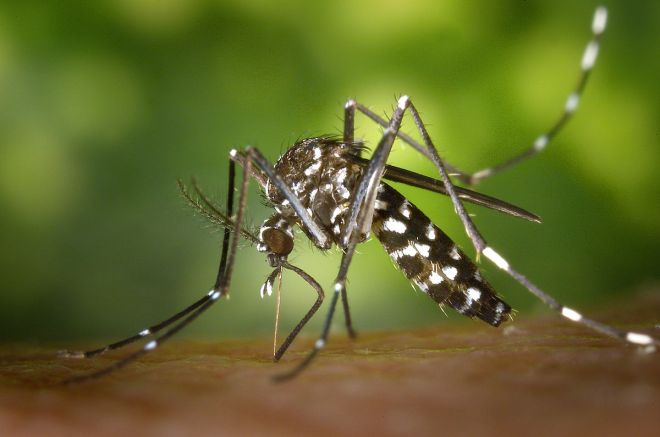 Q. So how long have you guys been in the states?

A. We came over from Asia back in the late 1800s. It was an accident, really. Back then, used tires were very popular places for ‘squitos to settle down and lay eggs. Unfortunately, they were also a hot international trade commodity, so one thing led to another, and — poof! — an entire generation was en route to Hawaii. Fast forward to the 1980s, and that’s when things really got interesting. That’s when we made the jump to the continental U.S. (maybe in Virginia, or possibly Texas). Been here ever since.

Q. That’s quite a story! Has your species had difficulty adjusting to western culture?

A. Not at all. We’re very low maintenance. Just give us some standing water and food, and we’re good to go.

A. I knew this was going to come up. Yes, we drink the blood of animals, including humans. And yes, we tend to be very aggressive biters during daylight hours. But that’s just the females, and it’s not like we’re sucking anyone dry or anything.

Q. Sure. But some people are concerned about the diseases you carry.

A. Listen, people can be cruel. They give us dirty looks. They tell us to get lost. They physically assault us all the time and spray us like common houseflies. We’re getting murdered out there. Do we carry diseases? Yes. We carry Dengue fever and West Nile, among others. Does that mean we deserve to be treated the way we are? I don’t know. I guess. Maybe.

Q. I appreciate your honesty. One last question — are you excited about climate change?

A. Very excited, yes. We can’t wait to explore new parts of this beautiful country, especially the Northeast — wonderful museums. Oh, and California! We’ve been out there a few times, but we’d like to stay (like the rest of the country, right?). The 20-plus states we’ve seen are cool, but we’re completists at heart, so you can be sure we’ll be on the move just as soon as climate change warms up those frigid winters.

Finally, these celebrities get naked for fish