Clouds might seem like a nuisance if you’re headed on a Sunday afternoon picnic. But put aside your personal biases for a second and consider this: Clouds can also tell the story of life on Earth.

That story has become a lot clearer thanks to new maps created by scientists that document a global year in the clouds in more intimate detail than ever before. The maps — a cloud atlas if you will — provide a fine-grained view of how clouds move around in our atmosphere and represent an important link between climate and ecological research. They’re also pretty easy on the eyes. 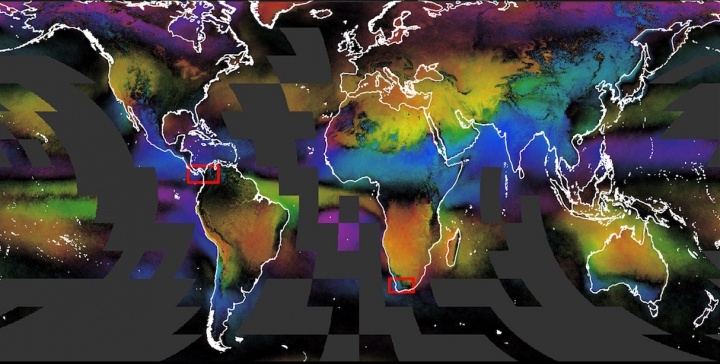 It turns out England is indeed cloudy for most of the year while most of the Bay Area’s clouds show up in February. Adam Wilson, a researcher at the University of Buffalo who helped create the cloud atlas, joked that you could use the maps to settle bets between friends on who lives in the cloudiest place.

But beyond bets and bragging rights, Wilson said the maps also provide a tool for tracking life around the planet. It turns out that the different biomes of the world, from deserts to mountains to cloud forests, all have their own special patterns of clouds: patterns that can be instrumental to studying the patterns of life itself.

“I wasn’t expecting the signal of the biomes would stand out so stark globally,” Wilson said. “The Mediterranean, southwest Africa, Australia, they all pop out as a totally different. That’s not scientifically amazing but seeing it for the first time in a map was just striking.” 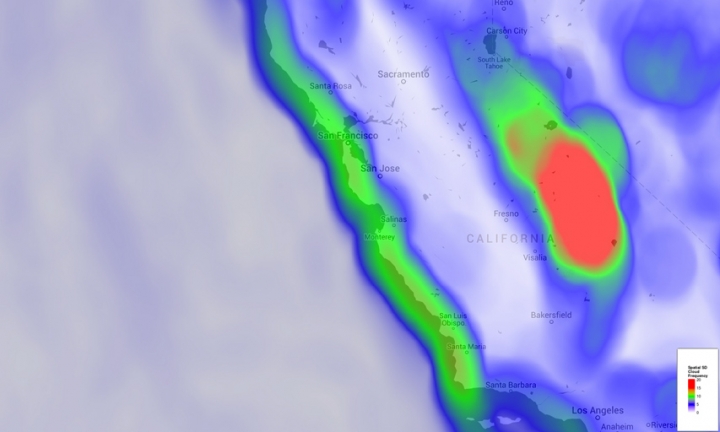 There have been other efforts to get fine-grained cloud data in the past, but they’ve been marred by being limited to the tropics or getting false positives of clouds in snowy areas. Wilson and colleagues at Yale created a new analysis of satellite data captured at a one-kilometer resolution by NASA everyday for the past 15 years to shine a light on the cloudy skies.

The new data analysis helps bridge a big divide between the climate and ecology communities. Ecologists track plants and animals across the planet at a very fine scale, sometimes looking at a few square feet of soil, but climate science often provides data at a much larger spatial scale. With the new dataset, ecologists’ understanding of the climate factors that affect life has vastly expanded.

And because it’s satellite data, the majority of the globe is covered, including places that might be lacking on-the-ground measurements, like rainforests and deserts in developing countries. Those areas are also home to a number of threatened and endangered species that will face growing pressure from climate change.

“Having the best possible environmental data will lead to the best species model distribution approach,” he said, noting that that modeling could in turn help inform management decisions. 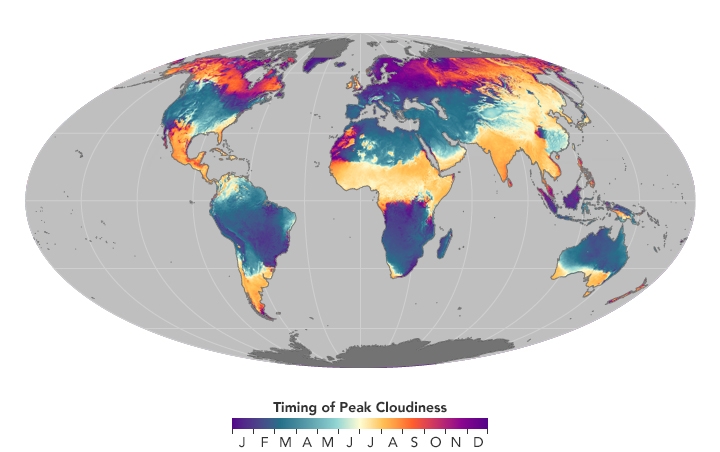 Species distribution modeling incorporates a whole host of environmental data, from climate to the type of soil on the ground, to get a better view of where individual plants and animals live. Wilson and his colleagues recently authored a study that plugged the new cloud data into a model for two species and found it helped improved their range estimates.

“One thing that’s been a disconnect between the climate community and the ecological community is this gap in spatial resolution,” he said. “Using remote sensing like we’ve done that’s capable of directly observing cloud cover is how we can get down to fine spatial resolution.”

Climate change is expected to put more stress on plants and animals. That means decisions on how to manage them, what areas to conserve, and whether and where to relocate threatened species will take on ever greater importance. The new data could help answer some of those pressing questions.

Because the data is publicly available, users beyond the ecological realm can also play around with it. Wilson told Vox there could be a whole host of applications in the solar industry, which perhaps not surprisingly has a lot invested in the sunny-side equation.