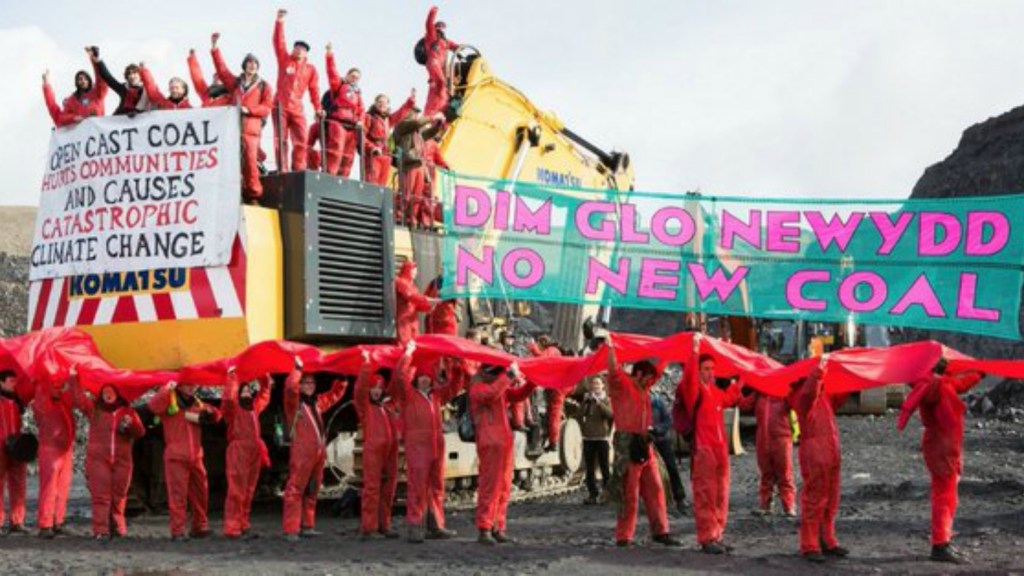 A new global climate action campaign under the banner of the phrase “Break Free” kicked off on Tuesday, beginning with a series of nonviolent demonstrations in cities all around the world. The protests, which cover six continents and dozens of countries, are mainly targeting the development of new fossil fuel infrastructure projects, like oil and gas pipelines, as well as new coal mines and plants. Led by the climate action organization 350.org, they are set to last from May 3 to May 15.

The push follows the battle between activists and the energy giant TransCanada over the proposed Keystone XL pipeline, a fight that eventually ended with President Barack Obama vetoing the plans last November. Since that victory for climate activists, new fossil fuel pipelines, storage facilities, and refineries have been facing a wave of public backlash before they even break ground. The phenomenon has been called “Keystone-zation” by both activists and the oil and gas industry.

“It’s fair to say going after the supply side of things is something the Keystone campaign did,” Lindsay Meiman, a communications coordinator for 350.org, told Grist. “We saw huge success there. So we’re bringing it to other fossil fuel infrastructure sites.”

The month’s surge of demonstrations kicked off in Wales, with a group of jump-suited protestors forming a blockade at the United Kingdom’s largest opencast coal mine on Tuesday.

In the United States, Seattle, Denver, Albany, Los Angeles, and Washington, D.C., are all hosting their own protests against fracking operations, crude oil trains, and oil refineries. Other planned protests include:

The demonstrations, writes author and climate activist Bill McKibben in the Guardian, are meant to “turn up the heat on the small band of companies and people still willing to get rich off fossil fuel.” If the members of that band of people are reading the news over the next two weeks, they’re definitely going to get the message.