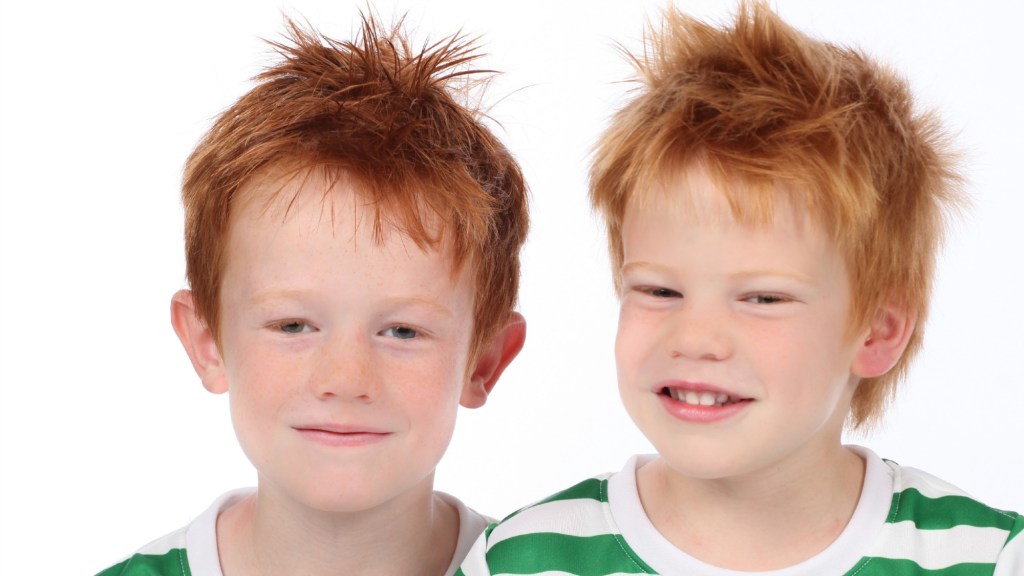 Shutterstock
Gingers are here to stay

The British media landscape is lighting up with dreadful news for our most fair-skinned friends. If the Independent, Telegraph, Daily Mail, Mirror, Weather Network, Huffington Post, and other outlets are to believed, climate change threatens to send red-haired folks into extinction. Extinction!

Fortunately for redheads everywhere, and for everybody who loves them, the news is less credible than a hair product manufacturer’s claim that its dyes won’t fade.

The news coverage is based on interviews by a Daily Record reporter with an anonymous source and with an official at a company that investigates customers’ genetic histories. The newspaper’s claims are based on four assumptions: (1) A single gene mutation codes for red hair and fair skin. (2) Gene mutation evolved to help Europeans soak up more sun, which is needed to produce more vitamin D in cloudy environments. (3) As the climate changes, the world will see fewer clouds. (4) As the clouds disappear, so too will the genes that helped humans adapt to cloudy environments — and the redheads who carry those genes.

But it turns out those four assumptions are either questionable, flat-out wrong, or appear to have been the result of misquotations.

Let’s start with the first claim.

“Although geneticists tend to discover individual genes that play a role in hair color and texture, often many genes play a role,” Rick Potts, a paleoanthropologist who leads the Smithsonian’s Human Origins Program, told Grist. “So the matter may not be as simple as the decrease in a single recessive gene.”

“Physical traits like hair color can be susceptible to what is called ‘positive assortative mating’ — a complex phrase for physical attraction to those potential mates with similar features. Although it’s interesting to discuss why a particular variation, like blond hair or red hair, may have initially spread, there is almost always an element of like-attracted-to-like that may be even more important in retaining a trait in the population,” Potts said.

Now on to assumption No. 2. Scientists at the University of California at San Francisco recently published research that calls into question the long-held assumption that fair skin evolved in humans as they marched out of Africa as a means of increasing vitamin D production. “Recent studies show that dark-skinned humans make vitamin D after sun exposure as efficiently as lightly-pigmented humans,” UCSF dermatology professor Peter Elias said last month. “Osteoporosis, which can be a sign of vitamin D deficiency, is less common, rather than more common, in darkly pigmented humans.”

Third, there is considerable debate among climate scientists as to what role global warming will play in the formation of clouds.

Fourth, perhaps most importantly, the news coverage assumes, incorrectly, that modern humanity is evolving according to the kinds of environmental pressures that affected our ancient forebears. These days, with vitamin D tablets, sunscreen, roofs, and sombreros readily available, redheads and non-redheads are more or less equally likely to survive, find mates, and have healthy babies that go on to repeat the process.

Oh, and if there’s still any doubt in your mind as to whether reports of impending annihilation of redheads are utter bollocks, here’s the final coup de grâce. The Daily Record‘s sole quoted source was Alistair Moffat, managing director of the company ScotlandsDNA. When we contacted ScotlandsDNA, marketing manager Helen Moffat told us, “Alistair was misquoted in the original interview. We do not have a view on this.”