NYC is looking to buy a whole lot of clean energy 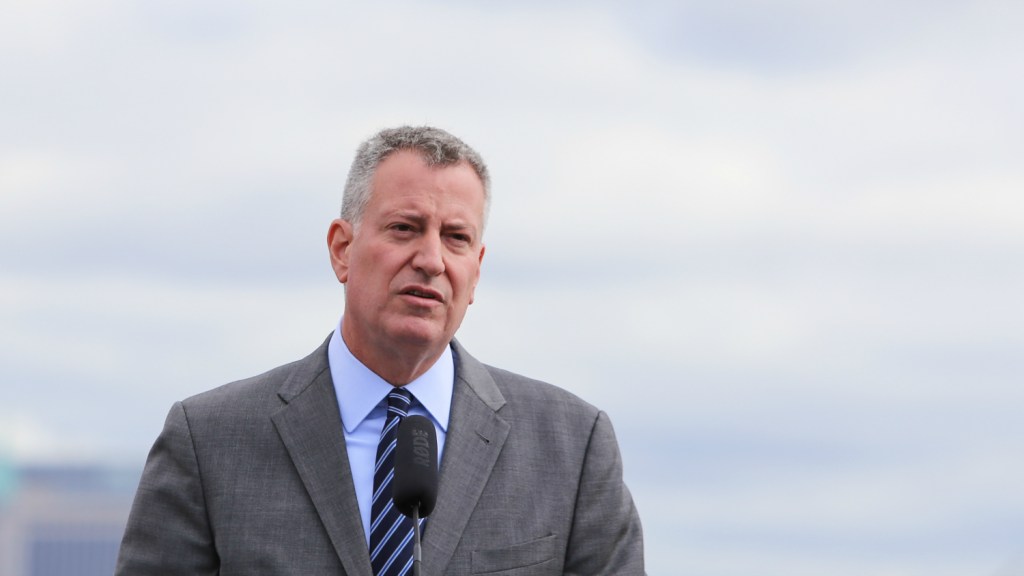 NYC is looking to buy a whole lot of clean energy

New York City Mayor Bill de Blasio (D) wants to power all city government operations with renewables within 10 years, and on Friday he took a first step toward that ambitious goal. He put out a call to the energy industry to help the city identify possible new sources of clean electricity. That will be followed by a formal request for proposals this fall, and, ideally, a signed contract next year.

The plan will cover the city government’s more than 4,000 buildings and facilities plus all the traffic lights and street lights. Those facilities consume a lot of electricity: The city government currently spends between $600 million and $650 million a year on four to five terawatt hours of electricity. That results in approximately 3.2 million metric tons of CO2 equivalent, about 7.5 percent of the whole city’s greenhouse gas emissions. The mayor’s plan could eventually grow to incorporate public housing projects as well, in which more than 400,000 New Yorkers reside, said de Blasio spokesperson Amy Spitalnick.

In September, de Blasio committed to reduce the city’s overall greenhouse gas emissions 80 percent below 2005 levels by 2050, and cut emissions from city government operations 35 percent by 2025. Getting the government off coal power is key to achieving those goals.

In the New York area, the largest source of renewable energy is hydroelectric, and offshore wind is growing rapidly, so the de Blasio administration will likely select one of those sources. But they have no interest in taking renewable energy from an existing source; if they did, that might just mean the energy delivered to other regional customers would be dirtier. The mayor’s intention is to spur big, new clean energy projects.

De Blasio’s move has the potential to do more than just move the city government itself onto cleaner energy. Injecting more than $600 million per year into the renewable energy industry could help it expand and reach economies of scale that will bring costs down. And being the largest and most high-profile city in the U.S. means that New York’s actions reverberate nationally, even worldwide. De Blasio’s predecessor Mike Bloomberg has led cities everywhere to reduce emissions, and de Blasio looks likely to follow in his footsteps.