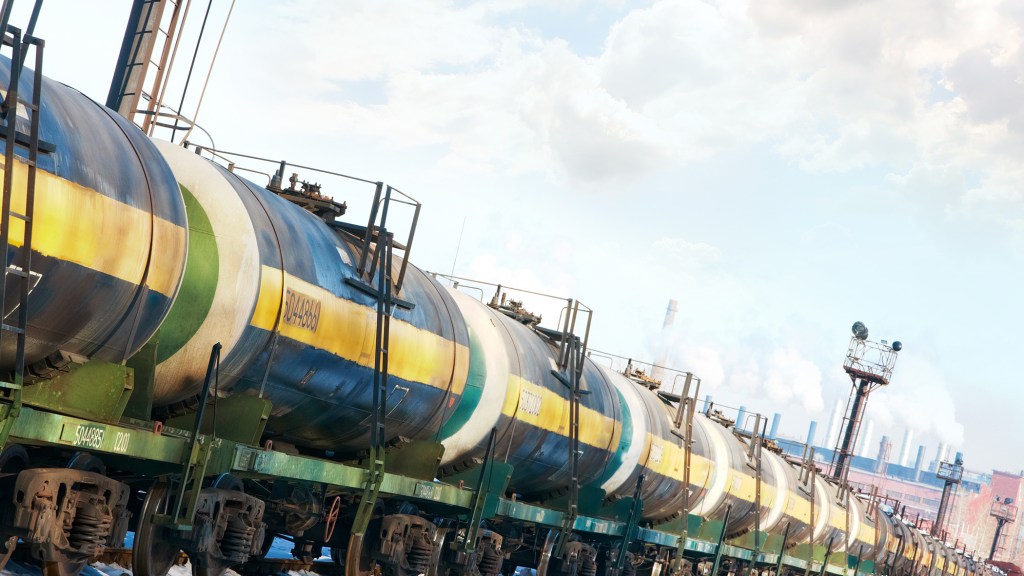 An oil train derailed and exploded in rural Illinois on Thursday afternoon — the third one in North America in three weeks. As of midday Friday, the fire was still burning, though fortunately no one has been injured.

Which makes it all the more galling that the Obama administration passed up a key opportunity to try to make oil trains safer, as Reuters is reporting.

Last summer, Transportation Secretary Anthony Foxx took his concerns about Bakken fuel to the White House and sought advice on what to do about the danger of [explosive gas], according to sources familiar with the meeting who were not authorized to speak publicly about the matter. …

The Transportation Department was warning that Bakken fuel was uncommonly volatile and explosion-prone. Foxx’s agency conceived an oil train safety plan in July with an array of measures that aimed to make sure oil train cargo moved safely on the tracks.

Tankers would have toughened shells. Oil train deliveries would slow down. Advanced braking systems would be adopted.

But the rule would do nothing to limit volatile gas.

The problem with relying on North Dakota to regulate the oil trains is that the explosion issue is a national, and even international, one. The tanker cars travel along routes that criss-cross the U.S. and Canada, often passing through populated urban centers. “These trains are going all across the country so it absolutely has to be the feds who are in charge,” said Karen Darch, mayor of Barrington, Ill., a town through which a number of oil and gas trains pass each week.

North Dakota produces more than 1.2 million barrels of crude oil daily, and 60 percent of that moves to refineries and ports by rail. The number of oil trains on the rails has increased by more than 40 fold in the past five years to over 400,000 cars in 2013, according to data from the nonprofit group ForestEthics and similar numbers from the Association of American Railroads. ForestEthics estimated last year that around 25 million Americans live in a potential blast zone.

The plan proposed by the Department of Transportation — to slow trains down and require sturdier, thicker tank cars — won’t go far enough to prevent explosions. Yesterday’s accident in Illinois and last month’s in West Virginia both involved newer, supposedly tougher rail cars, but they obviously didn’t prevent the blowups.

North Dakota’s new regulations, set to go into effect next month, aren’t expected to solve the problems either. They will set a limit for the vapor pressure of oil in tank cars, but the limit isn’t very tight. The crude oil on the train that exploded in Lac-Mégantic, Quebec in 2013, was below that limit, which means North Dakota’s regs wouldn’t have prevented the 47 deaths that resulted from that accident.

Sen. Chuck Schumer (D) of New York — a state through which hundreds of cars full of Bakken crude pass each day — is calling on Foxx and Energy Secretary Ernest Moniz to work together to come up with regulations with more of a bite. But if the Obama administration has already opted to take a pass, as the Reuters report indicates, his push might not amount to much.