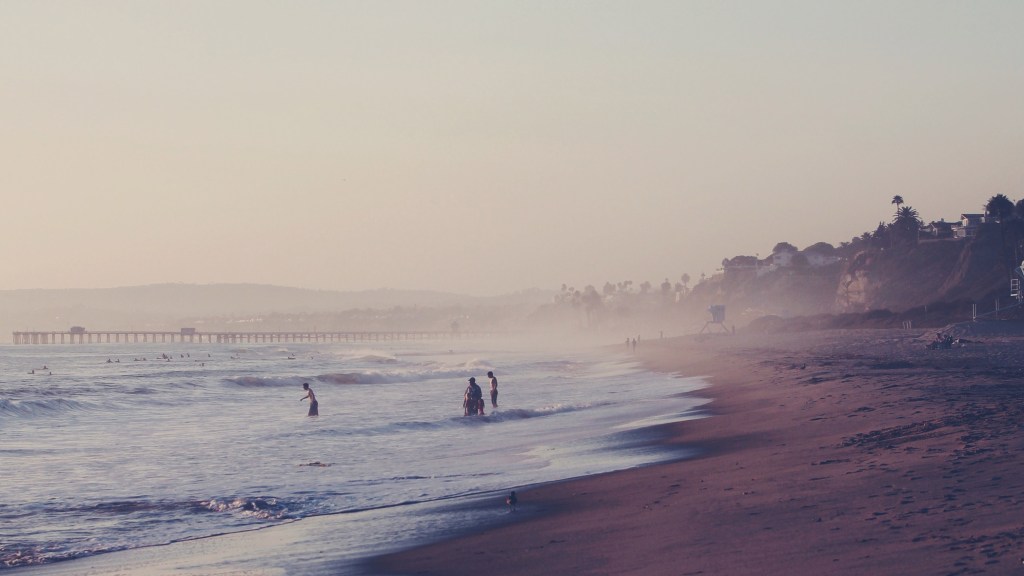 Yo, dudes and dudettes, it’s time to start getting amped, not aggro, about California’s ongoing drought. Here’s the deal: Less rain means that less gnarly storm water flows back into the ocean. So don’t be a paddlepuss, the water’s actually quite nice.

The Los Angeles Times has the story:

California’s lingering drought has continued to have at least one silver lining: cleaner water along the coast, according to a new report.

Water quality along Southern California’s coast improved last year amid the record-low rainfall largely because lower amounts of storm runoff flowed down to the area, according to the annual Beach Report Card released Wednesday by Heal the Bay, an environmental group.

Ninety-four percent of Los Angeles County’s beaches – long among the most polluted in the state – received A or B grades for the high-traffic summer months, according to the report. That percentage was up 4% from last year’s report and up 10% for the county’s summer average for the last five years. …

The leading cause of water pollution in local beaches is storm-drain runoff, flowing untreated to the coast and often contaminated with motor oil, pesticides, yard waste, animal waste and other pollutants.