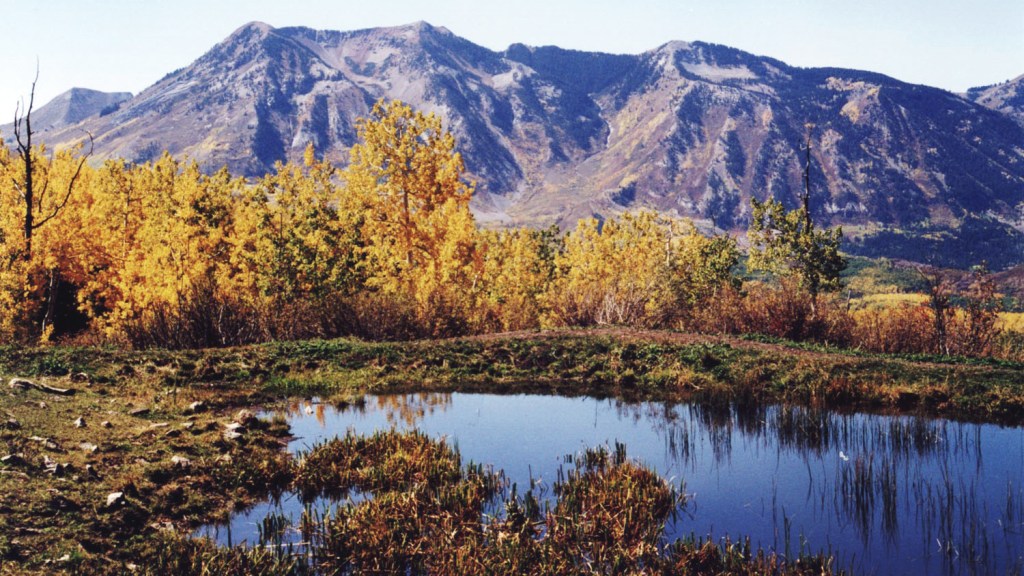 Sunset Roadless Area in Colorado, near a coal mine on public lands Wild Earth Guardians
Mine Shafted

Last week, a federal judge blocked a coal mine expansion on public land in Colorado for what could be a precedent-setting reason: failing to consider how that expansion could exacerbate climate change.

This is a big deal. Battles like the one over the Sunset Roadless Area — a patchwork of aspen, scrub oak and wildflowers in rural Colorado — have for the most part been obscure and regional. Areas like Sunset may be very attractive public land, but they rarely enter the national consciousness the way national parks do, and so decisions about what to do with them rarely transcend the influence of local good-ol’-boy politics. This is a remote part of the country that isn’t used for much except for grazing, hunting, and the occasional hiking expedition. But a ruling like this forces the people making decisions to answer to the rest of the country for digging that coal out of the ground.

While Arch Mining did pay lip service to greenhouse gas emissions in its Final Environmental Impact Statement (FEIS) for the expansion, (“Effects on climate change may occur from mining coal …”) they didn’t try to quantify exactly how much methane or CO2 would be emitted as a result of the mine expansion. The company claimed doing that kind of analysis was impossible — which particularly galled U.S. District Court Judge R. Brooke Jackson.

Actually, it’s not impossible. As Jackson wrote in his decision, it’s called the social cost of carbon protocol. The Obama administration uses it often to try and quantify the financial cost of adding new emissions to the atmosphere. And if you want Judge Jackson to approve your coal mine expansion, you’d better at least pretend to know what it is.

What does this mean for the future? This kind of bold decision will ultimately get appealed, appealed again, and maybe overruled. It establishes a precedent, but whether it’s the kind of precedent other judges will believe in remains to be seen. For now, the big winner in this — other than the conservation groups that first filed the suit and the people who like to hike, graze, and shoot things in the Sunset Wilderness Area — is the legal concept of a social cost of carbon protocol itself. It’s already getting a lot more attention than something with that long and boring of a name can reasonably expect to get — and that’s a good sign.