Only 28 percent of Fox News climate segments are accurate 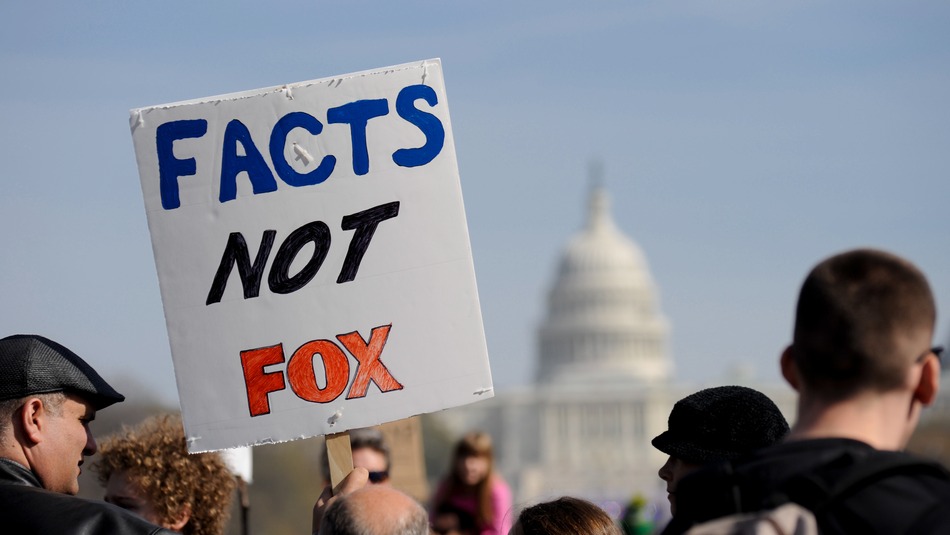 Only 28 percent of Fox News climate segments are accurate

According to a Pew study released last year, 38 percent of U.S. adults watch cable news. So if you want to know why so many Americans deny or doubt the established science of climate change, the content they’re receiving on cable news may well point the way.

According to a new study by the Union of Concerned Scientists, misinformation about climate science on cable news channels is pretty common. The study found that last year, 30 percent of CNN’s climate-related segments were misleading, compared with 72 percent for Fox News and just 8 percent for MSNBC. The study methodology was quite strict: Segments that contained “any inaccurate or misleading representations of climate science” were classified as misleading.

By far the worst performer was Fox (this is hardly the first study to associate this channel with sowing reams of doubt about climate change). Notably, the UCS report found that “more than half” of the channel’s misleading content was due to The Five, a program where the hosts regularly argue against climate science. For instance, Greg Gutfeld, one of the show’s regular co-hosts, charged on Sept. 30 that “experts pondered hiding the news that the Earth hadn’t … warmed in 15 years, despite an increase in emissions. They concluded that the missing heat was trapped in the ocean. It’s like blaming gas on the dog if the ocean was your dog.” (To understand what is actually going on with the alleged global warming “pause,” and why the deep oceans may well explain part of the story, click here.)

You can watch Gutfeld’s comments here:

As Gutfeld’s statement suggests, one of the standard Fox practices was sowing doubt about scientists themselves. On Feb. 13, 2013, for instance, Sean Hannity commented, “I don’t believe that this global warming nonsense is real,” and then went on to mention “phony emails” from climate scientists. (If you want to know what was actually up with those emails, read here.)

Fox’s two most accurate programs with respect to climate science were The O’Reilly Factor and Special Report with Bret Baier. As the UCS study put it, “O’Reilly and Baier’s programs, although also airing a number of segments containing inaccurate statements about climate science, were responsible for nearly all of the network’s accurate coverage.”

CNN provides the most interesting case in the analysis. In general, the network was usually accurate; when it erred, however, it tended to be because climate-denying guests had appeared in “debates” the network hosted over the reality of climate change. Take a Jan. 23 debate on Out Front with Erin Burnett, for instance, in which Erick Erickson of RedState (then a CNN contributor) claimed that “the 1950s had more extreme weather than now.”

Overall, the UCS report calculated that if CNN had not hosted misleading science debates, it would have improved its accuracy rating to 86 percent. “The biggest step that CNN could take to increase the accuracy of the information it provides to its viewers,” the study concluded, “is to stop hosting debates about established climate science and instead host debates and discussions about whether and how to respond to climate change through climate policy.”