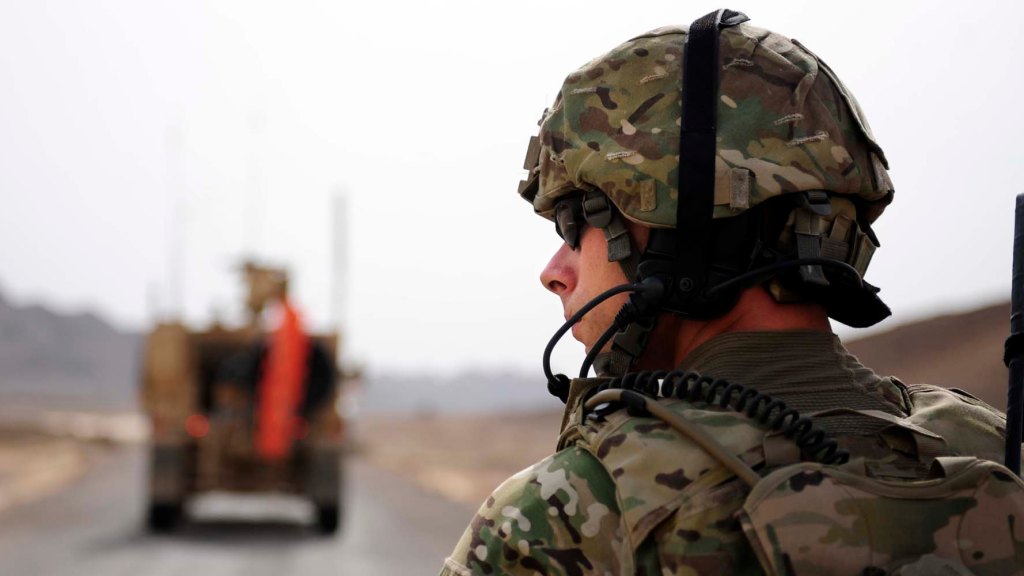 In one of its strongest statements yet on the need to prepare for climate change, the Defense Department today released a report that says global warming “poses immediate risks to U.S. national security” and will exacerbate national security-related threats ranging “from infectious disease to terrorism.”

The report, embedded below, builds on climate readiness planning at the Pentagon that stretches back to the George W. Bush administration. But today’s report is the first to frame climate change as a serious near-term challenge for strategic military operations; previous reports have tended to focus on long-term threats to bases and other infrastructure.

The report “is quite an evolution of the DOD’s thinking on understanding and addressing climate threats,” said Francesco Femia, co-director of the Center for Climate and Security. “The Department is not looking out into the future, it’s looking at what’s happening now.”

The report identifies anticipated climate impacts to basic military operations, training and testing procedures, infrastructure, and supply chains. It doesn’t recommend specific policy changes or detail costs. Rather, it issues a general call for DOD agencies to build climate change into their procedures and to ensure climate change is accounted for in any collaborations with foreign governments and private contractors.

The threat posed by climate change to military bases has long been acknowledged by the Pentagon; a survey of the climate vulnerability of more than 7,000 military facilities worldwide is due to be completed soon. In May, for example, a report prepared by 11 retired military commanders found that the cluster of 29 installations near Virginia’s Chesapeake Bay that together house more than 20 percent of the Navy’s fleet could experience up to seven feet of sea-level rise by 2100.

Today’s report also placed special focus on impacts that are likely to sweep U.S. troops into action in the short term, a sign that top brass are increasingly concerned about “the probability that climate change will increase the likelihood of conflict in strategically significant parts of the world,” Femia said. Water shortages in the Middle East could benefit terrorist organizations, who can exploit hunger and unrest to tighten their grip on locals. Increased shipping traffic in the melting Arctic could spark political tension between polar nations. Increasing prevalence and severity of natural disasters worldwide will become a more significant burden for military-led relief efforts.

Although the report is a product of a 2009 order by President Obama for all federal agencies to evaluate climate risks to their operations, Femia said the strong language is more the result of bottom-up agitation from troop commanders who are witnessing climate change first-hand. Last year, for example, Navy Admiral Samuel J. Locklear III, the top U.S. military commander in the Pacific, singled out climate change as a principle concern for his operations.