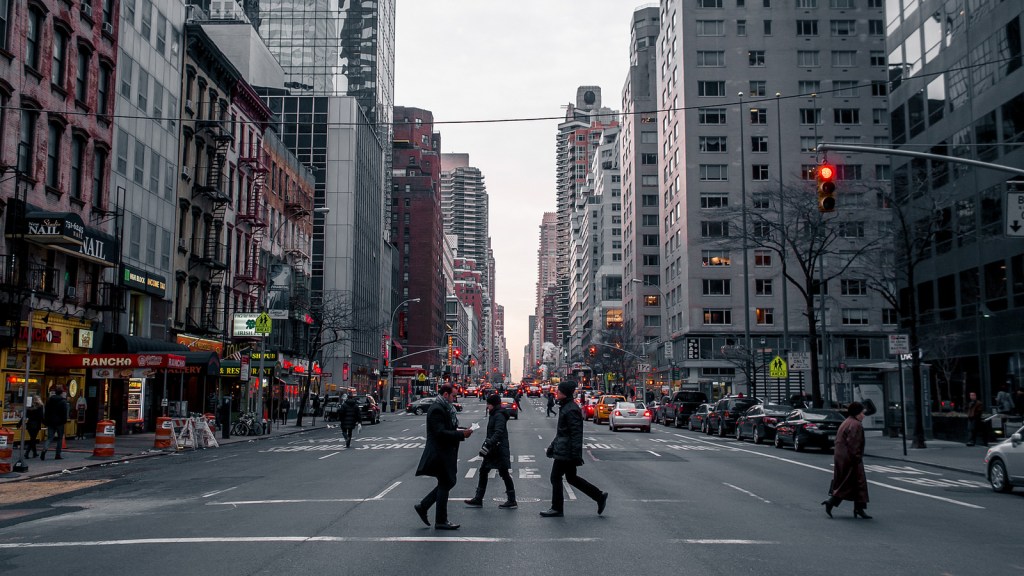 Last week, the New York City Council passed a bill lowering the default city speed limit from 30 miles per hour to 25. Mayor Bill de Blasio, who has pledged to eliminate pedestrian traffic deaths through his “Vision Zero” plan, praised the bill and will sign it into law. (The Department of Transportation will still have leeway to set the speed limit higher on major roads and lower on small ones.)

This is a good idea, since drivers routinely exceed the speed limit by a few miles per hour, and 30 mph is right around the inflection point at which the risk a pedestrian will be killed when hit by a car increases dramatically. According to a 2011 study by the British Royal Society for Prevention of Accidents, a pedestrian hit by a car going between 30 mph and 40 mph is 3.5 to 5.5 times more likely to be killed than if hit by a car going below 30 mph. The president of the AAA Foundation for Traffic Safety told Forbes that the risk of death for a pedestrian hit by a car is cut in half if it is going 25 mph rather than 35 mph. “There is no question this will save lives,” said de Blasio in a statement.

Actually there is some question, because it won’t matter what the speed limit is unless the NYPD enforces it. Historically, city speed limits are often unenforced and ignored.

On New York’s major roads, speeding is routine. In 2012, Transportation Alternatives, an advocacy group for pedestrians and bicyclists, conducted a study of auto speeds on 23rd Avenue, a four-lane arterial road in East Elmhurst, Queens. The findings are startling: 80 percent of cars exceeded the speed limit, 56 percent of them by more than 5 mph. This is why, while New York City’s arterial roads account for just 10 percent of its streets, more than 50 percent of the city’s pedestrian deaths occur on them.

The de Blasio administration has begun to increase enforcement: The city has issued 35 percent more speeding tickets in 2014 than at this point last year. Perhaps not coincidentally, pedestrian traffic deaths have declined by about 20 percent over the same period, from 122 to 97.

But enforcement is totally uneven. According to a recently released six-month report card by Transportation Alternatives on de Blasio’s Vision Zero, “Wide disparities exist between the heroic efforts of NYPD precincts that have increased their enforcement of the most dangerous violations and adjacent precincts where summonsing has actually decreased.” In Upper Manhattan, for example, you can see otherwise similar precincts treat traffic violations very differently. The report notes: “In Harlem, the 26th Precinct nearly doubled the number of speeding summonses issued from last year (294 to 533), while the adjacent 30th Precinct in Washington Heights issued half as many summonses as they did the prior year.” Along Queens Boulevard, one of the most dangerous roads in Queens, one precinct has twice as many summonses as the next one. “Some precincts are internalizing the Vision Zero message and others have not yet,” says Caroline Samponaro, deputy director of Transportation Alternatives.

My own street is a prime example. I live just off Atlantic Avenue, a six-lane-wide street that feels like a highway for most of its run through Brooklyn. Cars race down the street, screeching to a halt when they hit a red light, often jutting far into the crosswalk. Cops, even traffic cops, routinely stand by watching this behavior without writing a ticket. The owner of a nearby restaurant was severely injured when hit by a car while crossing Atlantic earlier this year. Recently, my neighbors successfully lobbied the city to lower the speed limit on Atlantic Ave to 25 mph. But, since the speed limit changed in August, driver behavior has not. “I haven’t seen any recognition of a lower speed limit [on Atlantic],” says Gail Gottlieb, one of my neighbors who has been active on the issue. “While there is a sign posted just east of the intersection on the median, most cars are passing by too fast to even see it!” On neighboring Fulton Street, Gottlieb and I both regularly see cops and we see cars speeding or blocking the crosswalk, but never the former doing anything about the latter.

When I emailed the Department of Transportation and my local NYPD precinct — as a citizen, not a journalist — about these issues, I got a swift response from DOT but none from the NYPD. TA thinks the de Blasio administration has made traffic enforcement a priority, but it just takes time to trickle down to every precinct. Also, the group says, the city could do more to help precincts fight speeding. “There’s just the need for the NYPD to have more and better tools to enforce the speed limit,” says Samponaro. “That could mean more automated enforcement cameras, better access to radar guns, more officers trained to use the radar guns.”

But it will ultimately take more than changing the law and even enforcing it. Traffic safety is a matter of street design. Highways are designed to let cars go fast because there are no pedestrians, while complete streets are designed to slow them down for the benefit of all users. For too long, traffic engineers designed New York’s major roads like highways, to facilitate only the movement of cars. That naturally encourages speeding, regardless of the legal speed limit. It’s impossible for the cops to be everywhere at all times, so the only way to guarantee slower driving is to set the streets up for that. “We’re going to [have to] rebuild the widest streets to really self-enforce the speed limit,” says Samponaro. “Northern Boulevard [in Queens], Atlantic Avenue are designed for speed. Enforcement won’t work if the design of the street is reinforcing speed.”

A number of changes, which also make these major roads more pleasant for other users, can address this: adding bike lanes, widening sidewalks and median strips, changing traffic light patterns, dedicating lanes to buses. This means taking some space away from cars, but that is a feature, not a bug. Having fewer lanes, or narrower lanes, will cause drivers to naturally drive slower. “Atlantic Avenue is overbuilt,” says Samponaro, meaning that it has too many car lanes. “Those [major] avenues are built for a level of congestion that they rarely if ever have. Most of the time what you have is a speedway.”

New York has already begun making some of these changes in Manhattan. Under Mayor Michael Bloomberg, Manhattan and a few centrally located outer-borough neighborhoods were treated to a number of traffic-calming and bike-encouraging measures, but the deeper outer-borough neighborhoods often remained more car-oriented. The political impulse to leave the outer-borough streets alone is understandable: driving is more of a necessity in those areas. But it will only become less so if streets are designed with people, rather than cars, in mind.