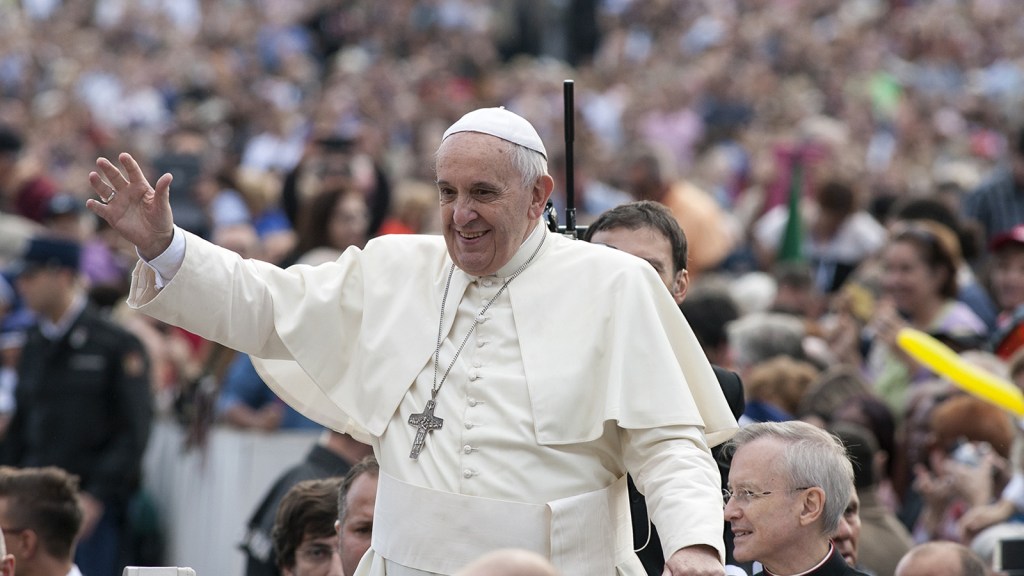 A clear-cut majority of swing-state voters agreed in a recent Quinnipiac poll: Pope Francis was right to call on the world to do more to address climate change. There is, however, a deep divide along party lines – Democrats and Republicans split on the topic by a margin of more than 40 percent in every state polled.

Overall, 62 percent of voters polled in Colorado, 65 percent in Iowa, and 64 percent in Virginia said they supported the pope’s encyclical on climate change. It’s likely more than a coincidence that those percentages matched up almost identically with the percentage of voters that Quinnipiac found accept the scientific consensus on human-caused climate change.

But broken down by party, the gap was stark. In Colorado, for example, 93 percent of Democrats agreed with the pope’s climate message, but only 38 percent of Republicans.

Other polling by Gallup released this week shows that the pope’s favorability rating among Americans dropped from 76 percent in February 2014 to 59 percent this month. He said a lot of things during that time that could rub conservatives the wrong way, including embracing aspects of evolution. But his strongest campaign yet, which has come to the fore in recent months, is for action on climate change. It got the angrier aspects of the Republican base worked up; Rush Limbaugh labeled the encyclical a “Marxist climate rant.” Francis’ unfavorability rating increased from 9 percent in 2014 to 16 percent this month, according to Gallup.

The pope is not a politician, so he doesn’t really have to worry about polls. But in theory, his encyclical and other pro-climate-action stances by Christian groups have the power to make inroads with conservatives who are more likely to put the opinions of their faith leaders over those of both scientists and politicians. That, at least, is what many climate hawks have hoped — but the party split observed by the Quinnipiac folks raises questions about whether that will work.

The pope is coming to the U.S. in September to speak before Congress and tour the Northeast. That could put some Catholic climate deniers in a tricky spot, especially prominent Republican ones. Don’t bet on that visit mending the gap between Republicans’ and Democrats’ views of his activism.