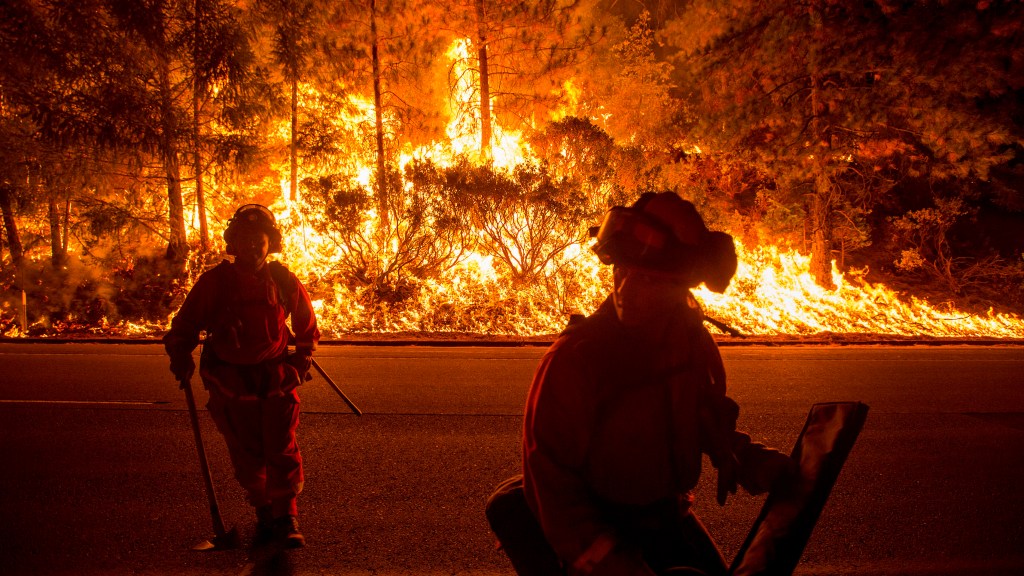 A bipartisan group of U.S. senators is teaming up to do away with preordained spending caps on emergency fire recovery efforts as the American West braces for another wildfire season. Drier conditions, likely driven by climate change, have turned vast swaths of the continent into veritable tinderboxes; last summer, for example, five million acres of Alaska and 1.7 million acres across Washington, Oregon, and Idaho burned.

“We need to call mega-fires what they are — disasters,” said Sen. Mike Crapo (R-Idaho), in a press release. On Thursday, Crapo and Senators Lisa Murkowski (R-Alaska), Maria Cantwell (D-Wash.), Ron Wyden (D-Ore.), introduced a draft bill that would reform how the government pays for fighting wildfires on federal land.

The bill would effectively put wildfires in the same camp as other natural disasters by allowing government agencies — in this case, the Department of the Interior and the U.S. Forestry Service — to adjust limits on their firefighting budgets during a mega-fire emergency. Currently, those departments have to borrow from other programs when they max out their annual firefighting budget — a practice commonly known as “fire borrowing.”

Wildfire spending has become a critical issue in recent years as costly and devastating mega-fires throughout the West have become more frequent. In 2015, the Forest Service spent 50 percent of its annual appropriations fighting fires, compared to 16 percent in 1995. And the more of that budget that’s spent on emergency firefighting, the less resources are available for preventative measures that would minimize the impact of a crisis.

The draft legislation also proposes allocating an additional $500 million over the next seven years for communities at risk of wildfire damage, and includes funding for studying and executing better forest management practices.