Which birth control works best -- and creates the least waste? 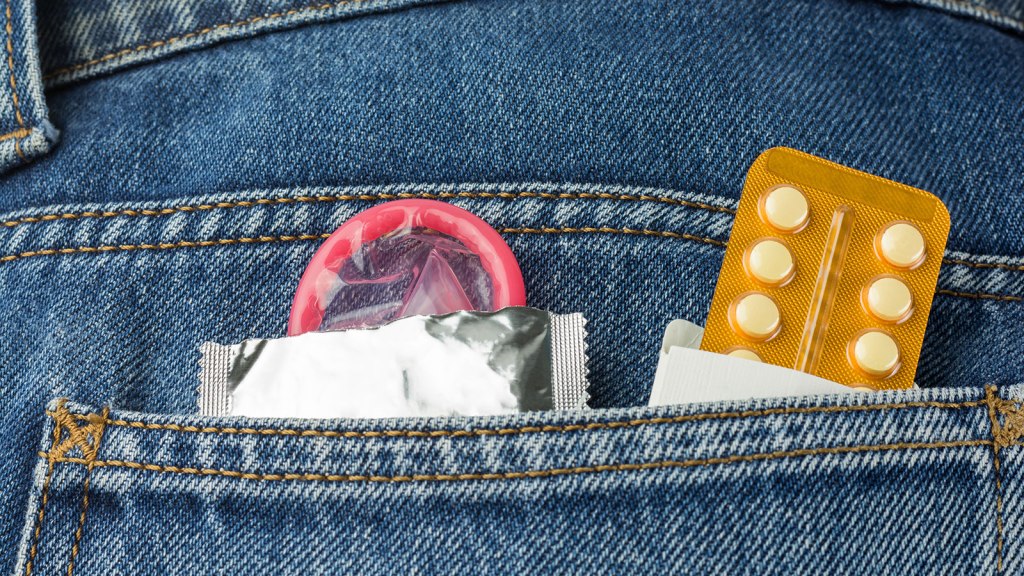 Which birth control works best — and creates the least waste?

My boyfriend and I have just started going zero-waste. It’s awesome! However, one thing that we always use ends up in the waste bin: condoms. I used to be on the Pill, but it was just not great. Also, I heard that a certain type of pill has a hormone that you pee out, and if it reaches the streams, it can change fishes’ gender! So we are using condoms, but it’s not like we can put them in our Mason jar. We truly need a better solution, but without the risk of pregnancy! What is the most environmentally friendly contraception option?

They say waste not, want not, but clearly that’s not strictly true. You (and a whole bunch of other eco-conscious couples) are still wanting for a truly trash-free, effective birth control method that works — and works for you. Good news: I’m confident we can find an option that fits you and your zero-waste lifestyle. I do strive never to leave my questioners unsatisfied, after all.

First, though, an important message. We’ve said it before, and I’m saying it again: Preventing the creation of another resource-using, carbon-emitting human is by far the eco-friendliest step anyone can take, even if you create a tower of condom wrappers to do so. So if you’ve found a birth control method that gets the job done for you, even if it involves some trash, don’t worry — just go forth and don’t be fruitful. In fact, I hereby declare all birth control exempt from zero-waste practices, just so nobody gets too hung up on it.

Important message the second: Talk to your doctor before making any final decisions! I am merely a dispenser of wisdom, not a medical pro.

Okay, let’s get it on. Some anti-baby measures are greener than others, Millies. In terms of waste potential alone, the three zero-est solutions are: sterilization, withdrawal, and the fertility awareness method, which involves the careful timing and tracking of various body cycles and rhythms. Let’s scratch the first, as you might not be looking for something permanent. I’m afraid withdrawal and fertility awareness won’t cut it, either: With typical failure rates of up to 22 percent and 27 percent, respectively, they’re too risky for my taste. Practicing both perfectly will make them much more effective, but that can be tough — talk to your doc and/or seek out a fertility awareness class if you’re intrigued.

That leaves us with birth control that creates some amount of waste — but it doesn’t have to be much. Take what could very well be your best bet: the IUD. This T-shaped little gadget sets up shop in your uterus for up to 12 years (talk about reusable), is extremely effective, and requires almost no thought from you or your partner. You can get a version that uses no hormones. And although these nifty little devices used to have a bad rap, the IUD industry seems to have worked out the kinks. That’s why IUDs are one of the CDC’s most-recommended BC methods for young people. Curious? See one of our own staff millennials take the IUD plunge here.

You’ve said that hormonal birth control (patches, rings, shots, and implants along with the Pill) isn’t for you, Millies, and that’s fair enough. But I must mention that it can also be a very effective, low-waste choice for some people. Hormonal methods do create a bit of packaging waste, true. And yes, the synthetic estrogens in many pills have been identified as a possible factor that hurts fishes’ ability to reproduce and perhaps even turns male fish into females (BPA is also a suspected cause of these gender-bending fish). Still, given how well it works, the Pill and its ilk remain a viable option.

Beyond that, we have barrier methods. Diaphragms and cervical caps are reusable for up to two years, but you’ll still need to deal with the weird chemicals in spermicides and the many wasteful tubes they come in if you go this route (note to self: Look into starting a bulk spermicide system for drugstores everywhere). Effectiveness ranges from 92 percent (diaphragm, perfect use) down to 71 percent (cervical cap, typical use), so they’re significantly less reliable than condoms — which boast a 98 percent success rate when you use them correctly. So if the IUD isn’t for you, and hormones don’t play nice with your body, then condoms might just be the ticket after all — garbage be damned.

Still, some condoms fit better in a zero-waste life than others. Lambskin condoms are biodegradable (but they don’t protect against STIs, so be careful there). Latex condoms might sound good because they come from a renewable resource, and latex itself is biodegradable; but latex condoms typically incorporate other materials, so in reality, we shouldn’t count on them to break down anytime soon. And polyurethane condoms are definitely landfill-bound. While you’re browsing the condom aisle, you might also want to look into these and also these — a few brands do come with extra green cred, such as Fair Trade certification or veggie-based dyes.

One more thought before I let you back into the bedroom, my dears: As tempting as it might be to flush a condom down the toilet — look, zero waste! — don’t. It will only end up getting fished out down at the wastewater plant and thrown away, or worse, washed out to sea. Those fish have enough human-sexytime-related problems as it is.