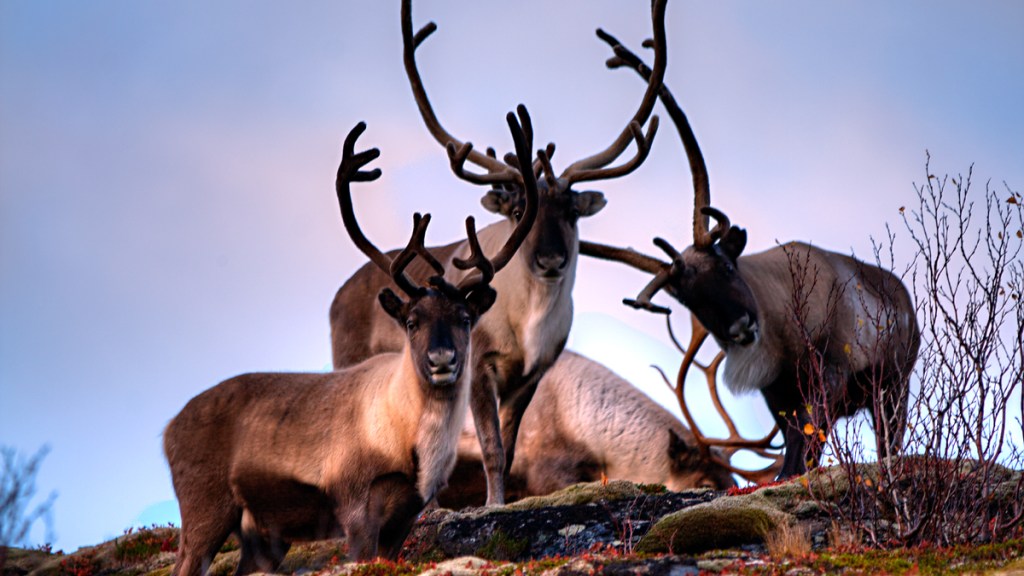 Reindeer are on a downhill slide in China, according to a new study, due to a variety of unwelcome circumstances, including climate change. And dammit, just in time for their biggest day of the year.

Reindeer, or caribou as they’re known in North America and Greenland, are listed as a species of “least concern” on the Red List of Threatened Species. HOWEVER, science, I believe that reindeer are of UTMOST concern to Christmas-celebrating children all over the world.

And reindeer numbers in China have dropped 25 percent since the 1970s. The reason is primarily due to soil degradation in the reindeer’s main grazing area, on Mount Daxinganling. But other factors include increased poaching, inbreeding, predation, and climate change, according to the new study, published in the Journal for Nature Conservation.

One of the study’s lead authors, Xiuxiang Meng, explained to Discovery News that the problem has been ongoing for many years. “Reindeer occur in the northern part of the Arctic and subarctic region,” said Meng. “In northern Europe (such as in Finland, Sweden and Norway), Asia (Russia, Mongolia and China) and North America (Canada and Alaska), reindeer populations have been declining for many years.”

This is not only bad news for Mr. Kris Kringle and his band of merry elves, but for the climate as well. ThinkProgress has more:

Researchers in Finland have found that grazing by reindeer can help prevent solar heat absorption which can lead to climate change. In their study, they found that areas where reindeer did not graze had higher levels of heat radiation, thanks to higher levels of shrubs and trees that absorbed heat. A Swedish study has found that reindeer can also prevent the climate-change-caused spread of invasive species in the Arctic tundra.

As if we needed more cause to believe reindeer are magical.

There, there. Here’s something to wipe the tears off the rosy cheeks of your inner-child: A study conducted by researchers at the University of Manchester and Norwegian Arctic University in Tromsø discovered that reindeer numbers jumped 30 percent last year in Norway, suggesting that Norwegian reindeer, at least, thrive in the warmer climate. Santa, perhaps, may want to consider relocating to Svalbard.

Still, even for those Norwegian outliers, melting tundra will mean a loss of habitat as the mercury continues to rise. So, without further ado: On Dancer, on Prancer, on Donner, on Blitz — really, fellas, get moving! Before climate change gets you first.