Sea level "jumps" 5 inches. Probably nothing to worry about 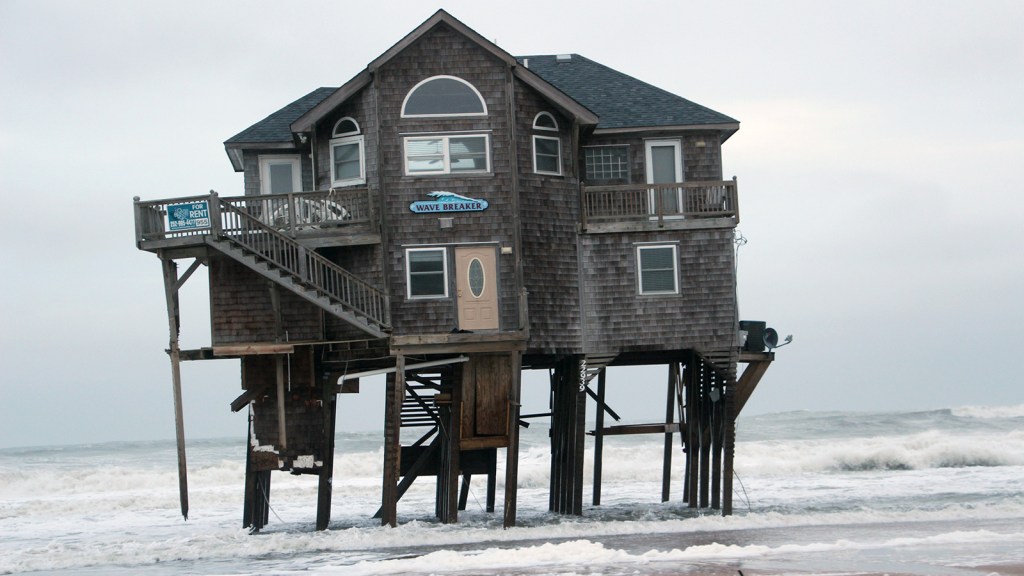 Sea level “jumps” 5 inches. Probably nothing to worry about

Climate change is a disaster in slow-motion: The global temperature creeps up by fractions-of-a-degree each year, the seas rise inches every decade. Except, apparently, when they do much more.

Exhibit A: In just two years, 2009 and 2010, sea levels along the Atlantic coast north of New York City jumped up by more than 5 inches, according to a paper published this week in the journal Nature Communications. That might not seem like much on its own, but consider that, according to the latest report from the Intergovernmental Panel on Climate Change, global sea levels are rising at a rate of less than a half an inch each year, and that’s causing all sorts of havoc.

For a while now, climate models have projected incidents of “extreme sea-level rise,” when changes in ocean currents and weather patterns cause the oceans to claw their way quickly inland and swamp seaside communities — but this is the first time scientists have documented this actually happening.

The researchers behind the study, from the University of Arizona and the National Oceanic and Atmospheric Administration, looked at data from tide gauges up and down the Atlantic coast dating back to 1920. Their conclusion: the 2009-2010 event was “unprecedented during the entire history of the tide gauge records.”

Now, this is one of those cases when we can’t say with any certainty that climate change did this!  We can only say that really smart people with really, really powerful computers predict that this is exactly the kind of thing that climate change is going to do, and that these events will get bigger and more frequent as the mercury rises.

But the fact that, with or without our help, Mother Nature can just throw down a quick 5-inch sea-level surge is plenty alarming, especially when you throw that on top of the already well-documented climate-driven rise, and toss in some extra storm surge for good measure. Think of what an extra 5 inches of seawater would have done to New York during Sandy or, god forbid, Miami during Hurricane Andrew.

Sea level is really “dynamic and chaotic,” says Paul Goddard, a PhD candidate in the University of Arizona’s department of geosciences and primary author of the new study. “This event caused persistent and widespread flooding without out a storm or hurricane.”

Goddard and his coauthors have a couple of theories about how this happened. First, the sea-level spike happened alongside a slowing of the (brace yourself) Atlantic meridional overturning circulation, or AMOC (say “A-mock” if you want cred with the geoscientists). That’s the giant watery conveyor belt that brings warm water north from the equator, and drives cold water south all the way to Antarctica. To make a long story short, when the AMOC weakens — as it did, by 30 percent in 2009-2010 — water piles up along the Northeast Coast.

The second factor is the North Atlantic Oscillation, or NAO, index, which tracks atmospheric pressure. When the NAO index is negative, as it was in 2009-2010, you get what Goddard calls “anomalous winds that push water toward the coastline.”

Both of these factors are projected to be exacerbated by climate change. And now we have clear documentation of how they may work together to push the seas into our streets and front yards.

Goddard says efforts are underway to install a series of moorings stretching between Canada, Greenland, and Europe, to more closely track the AMOC, which hasn’t received much attention until now. Some day, he says, we may have a sort of early warning system for extreme sea-level surges along the Eastern Seaboard.

In the meantime, keep your water wings handy. Those waves lapping peacefully at the beach may soon be swamping your basement.