Shell has given up on Arctic Ocean drilling, but Big Oil still wants to get into the Arctic Refuge 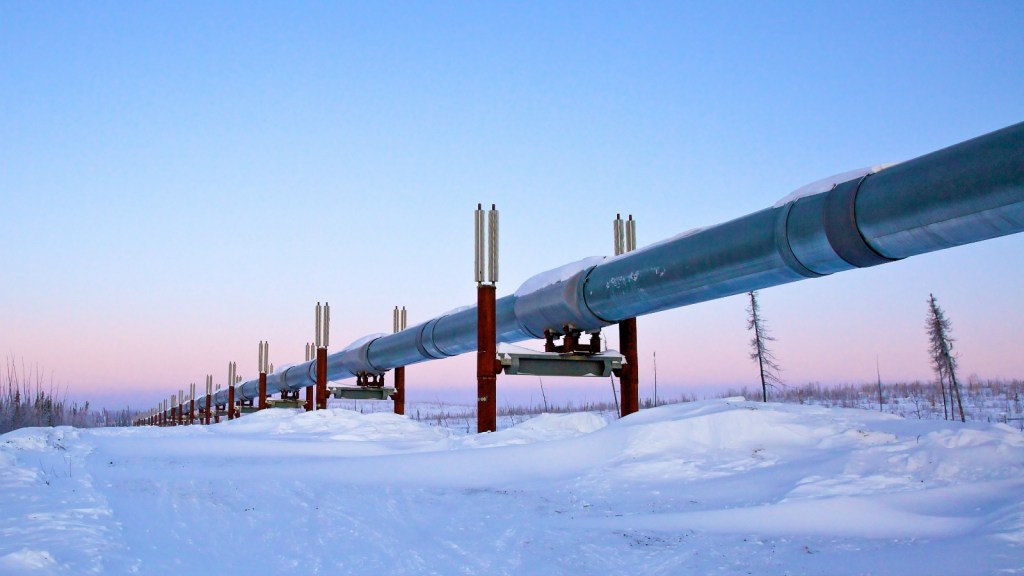 Shell has given up on Arctic Ocean drilling, but Big Oil still wants to get into the Arctic Refuge

On Sept. 28, Shell captured national attention when it announced that the exploratory well it drilled in hopes of extracting the first barrels of oil from Alaska’s Chukchi Sea was a bust. The company didn’t strike enough oil to make further exploration economically viable. Effective immediately, it’s backing out of the Arctic Ocean “for the foreseeable future.”

Environmentalists who spent the summer dangling off bridges and forming kayak blockades to protest Shell’s activities were overjoyed. “Here’s hoping Shell leaves the Arctic forever,” cheered Miyoko Sakashita, oceans program director for the Center for Biological Diversity. But even as green groups urge the oil industry to abandon its Arctic dreams, some analysts are predicting the world’s growing population will require an additional 10 million barrels of oil a day between 2030 and 2040. And Alaska’s politicians are determined to get a piece of the pie: Alaska’s Arctic is estimated to hold the largest unexplored reserves in North America, and the state derives 90 percent of its revenue from oil and gas.

In recent years, production in the Alaskan Arctic has fallen at a rate of 5 percent per year. If it continues to decline and the price of oil stays low, the U.S. Energy Information Administration predicts that the Trans-Alaska Pipeline could be decommissioned as early as 2026. And if that happens, existing wells at Prudhoe Bay would be plugged and abandoned, sending the state’s economy into a death spiral. “It’s a huge disappointment,” Gov. Bill Walker said of Shell’s announcement. “A really big disappointment.”

All of which is to say that the fight for Arctic oil isn’t over. If anything, Shell’s move will only further embolden calls to drill in the Arctic National Wildlife Refuge, and even staunch environmentalists concede that while they’d love to leave every remaining drop of oil in the ground, additional drilling in the Alaskan Arctic is close to inevitable. The big question is, where? If we’re going to drill in the Arctic, where’s the least risky place to do so?

Jim and Diana Martin live just a few blocks from the Chukchi Sea, in a sunny, brightly painted home that could be in any middle-class American town but for the polar bear pelt draped over the couch and the wolf fur on Diana’s sewing table. I’m at their house to try maktak, or raw whale blubber, and to get a sense of how some of Barrow, Alaska’s 4,000 inhabitants feel about the national controversy over drilling in their backyard ocean.

While some Iñupiat businessmen have warmed to the idea of Arctic offshore drilling, most residents, like the Martins, remain opposed to it. Sixty-one percent of the community is Iñupiat, and the majority depends on subsistence whaling and hunting to feed their families and keep their culture alive. The Martins, a whaling family, fear that even the everyday noise of drilling could turn away whales. A spill would be disastrous.

Technology to clean up an oil spill under the ice simply doesn’t exist; spilled oil would likely bind to ice particles and perhaps drift thousands of miles to other parts of the world before thawing and releasing the oil. Plus, the U.S. only has one icebreaker ship in the region to respond to emergencies (down from seven in World War II), and the nearest deepwater port from which to launch cleanup crews is a thousand miles from Barrow.

What’s more, such a spill isn’t unlikely. The Bureau of Ocean and Energy Management predicts that if the oil industry fully develops all the leases the federal government is offering in the Chukchi over the next 77 years, there’s a 75 percent chance of an oil spill of 1,000 barrels or more. Repercussions would include “the loss of large numbers of polar bears,” “many thousands of seals dying from crude oil exposure,” and “population-level effects for most marine and coastal bird species that would take more than three generations to recover.”

Or, as Jim Martin puts it, “We can contain an oil spill on land. But stay out of our ocean.”

Jim Martin makes a convincing argument: While offshore drilling in the Arctic is relatively experimental, drilling on land is routine. Thousands of wells have been drilled on state land in Prudhoe Bay, 200 miles east of Barrow, and their safety record — if not perfect — has been solid. Barrow residents heat their homes with low-cost natural gas, and schools, infrastructure, and wildlife research are all paid for with oil revenue. Proponents point to photos of caribou standing next to the Trans-Alaska Pipeline as evidence that onshore development and wildlife can coexist.

That’s why many residents of Barrow argue that the safest place to drill in the region is the Arctic National Wildlife Refuge.

To many environmentalists, however, the argument doesn’t hold water. The Arctic Refuge is among the last unbroken stretches of wilderness in North America — the last 5 percent of the Arctic coast that isn’t available for oil and gas leasing, says Rosemary Ahtuangaruak, the former mayor of a tiny Iñupiat village called Nuiqsut and a well-known activist in her new home of Barrow.

And there are excellent reasons to protect the Arctic Refuge, as Ahtuangaruak says. Studies have shown that while oil infrastructure doesn’t necessarily deter adult caribou, the animals avoid it while they’re calving, and the refuge’s coastal plain is the primary calving ground for the 169,000 caribou in the Porcupine herd. Many Native Alaskans depend on the caribou for food and skins, and activists add that more oil development will also exacerbate climate change, leading to additional repercussions for humans and wildlife in vulnerable Arctic ecosystems.

Eight million acres of the Arctic Refuge are already protected as wilderness, but 12 million more — including the oil-rich coastal plain — are not. This January, President Obama announced a decision to manage those additional acres as wilderness — but unless Congress officially designates it as such (which Sen. Lisa Murkowski, R-Alaska, told High Country News will not happen under her watch), the fate of the area is still uncertain.

There is a third option: the National Petroleum Reserve-Alaska, a 23.5-million-acre tundra surrounding Barrow. In February, the Bureau of Land Management approved ConocoPhillips’ request to put an 11.8-acre oil drilling pad, a 7.6-mile road, and an 8.4-mile pipeline in a part of the refuge known as Greater Mooses Tooth, and development is inching forward.

Though not everyone is on board, the area is emerging as the best hope for a compromise in a region where it’s hard to find a square mile that isn’t controversial. But it’s not perfect: Despite its name, the Petroleum Reserve has less recoverable oil than anywhere else in the Arctic. It may feed the hungry Alaska pipeline for a while, but it lacks enough oil for the long haul.

That leaves the final option: None of the above. Some analysts think that with the current glut of oil and low $50-a-barrel price, the Arctic drilling bonanza may never truly materialize. The world will have to integrate more renewables, and Alaska will have to diversify its economy. “When we look at Arctic opportunities,” Kenneth B. Medlock III, director of the Center for Energy Studies at Rice University, recently told the New York Times, “they are always the opportunities that are 10 years away.”