Solar is mostly for the wealthy. Here's how Obama plans to change that 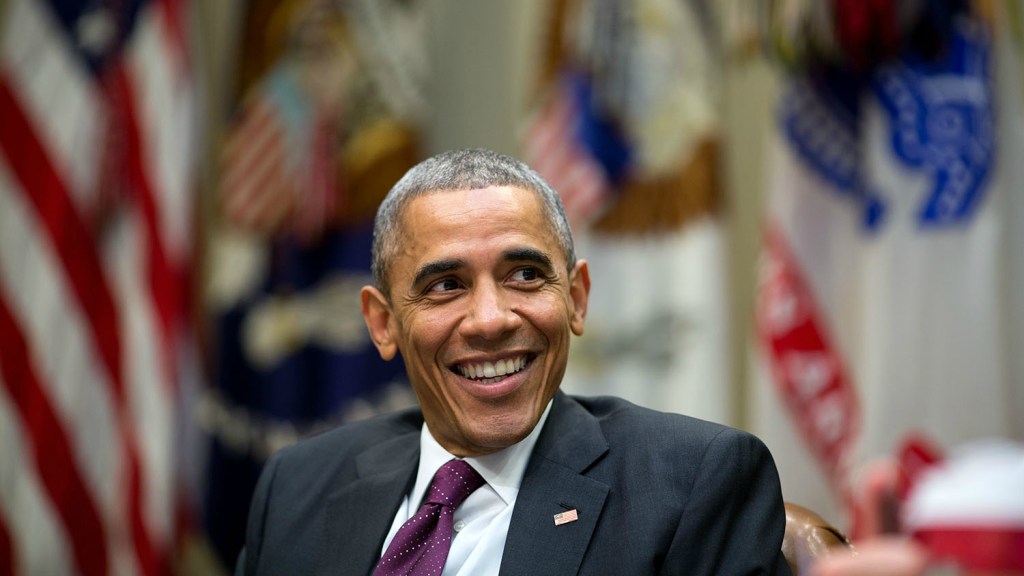 Solar is mostly for the wealthy. Here’s how Obama plans to change that

Rooftop solar power systems cost a lot less these days than they did five or 10 years ago, and with many solar companies now offering leases and loans, it’s safe to say that going solar is more affordable than ever before. That trend goes a long way to explaining why solar, while still making up less than 1 percent of the total U.S. energy mix, is the fastest-growing power source in the country.

But access to solar power is still overwhelmingly skewed toward affluent households. Of the roughly 645,000 homes and business with rooftop solar panels in the U.S., less than 5 percent are households earning less than $40,000, according to a report earlier this year from the George Washington University Solar Institute. The typical solar home is 34 percent larger than the typical non-solar home, according to energy software provider Opower.

President Barack Obama wants to change that. On Monday, the White House announced a package of initiatives to make solar more accessible for low-income households. The plans include a new solar target for federally subsidized housing and an effort to increase the availability of federally insured loans for solar systems.

Low-income households face a number of barriers to going solar. They’re less likely to own their own roof, less able to access loans or other financing options for solar, and more likely to have subsidized utility bills that don’t transfer the financial benefits of solar to the homeowner. And yet, in many ways low-income households stand to benefit the most from producing their own energy: The proportion of their income spent on energy is about four times greater than the national median, according to federal statistics. And because lower-income households tend to use less electricity overall than higher-income households, a typical solar setup covers more of their demand. The GW study found that a 4 kilowatt solar system, about the average size for a house, would cover more than half of a typical low-income household’s energy needs and that if all low-income households went solar, they would collectively save up to $23.3 billion each year.

“[This is] aimed at taking directly on those challenges and making it easier and straightforward to deploy low-cost solar energy in every community in the country,” senior White House climate advisor Brian Deese told reporters in a call yesterday.

The initiative starts by tripling the target for solar on federally subsidized housing to 300 megawatts by 2020, as well as directing the Department of Housing and Urban Development to provide technical guidance for state and local housing authorities on how to go solar. The White House also announced more than $520 million in commitments from private companies, investors, NGOs, and state and local governments to pay for energy efficiency and solar projects for low-income households. The initiative places particular emphasis on so-called “community” solar, in which groups of households pool resources to build and maintain a shared solar system in their neighborhood.

Some states and power companies are already angling to support solar for low-income housing. Arizona Public Service, a Phoenix-area utility, recently launched a $28.5 million program to install its own solar panels on rooftops in its service area, specifically targeting low-income households. And New York’s electricity regulators recently bolstered incentives for power companies that invest in energy efficiency and renewables. Con Ed, the power company serving most of New York City, plans to spend $250 million on such upgrades in Brooklyn and Queens, as an alternative to a $1 billion upgrade to the old natural gas-fired electric grid.

The president’s plan builds on a commitment he announced earlier this year to train 75,000 workers for the solar industry (which is already adding jobs 10 times faster than the overall economy). It also dovetails neatly with Obama’s larger climate objectives, especially his hotly contested plan to reduce the nation’s energy-related carbon emissions 30 percent by 2030, as well as the economy-wide climate targets that form the U.S. bargaining chip for this year’s U.N. climate negotiations in Paris.

For all those promises to work, “the question is how states and utilities can reduce their emissions, and the buildings that they serve are a critical part of that system,” said Natural Resources Defense Council financial policy analyst Philip Henderson. “Making those buildings more efficient and using less energy from dirty power plants is a direct and essential way to meet those goals.”