Sorry, but Earth isn't heading for another ice age 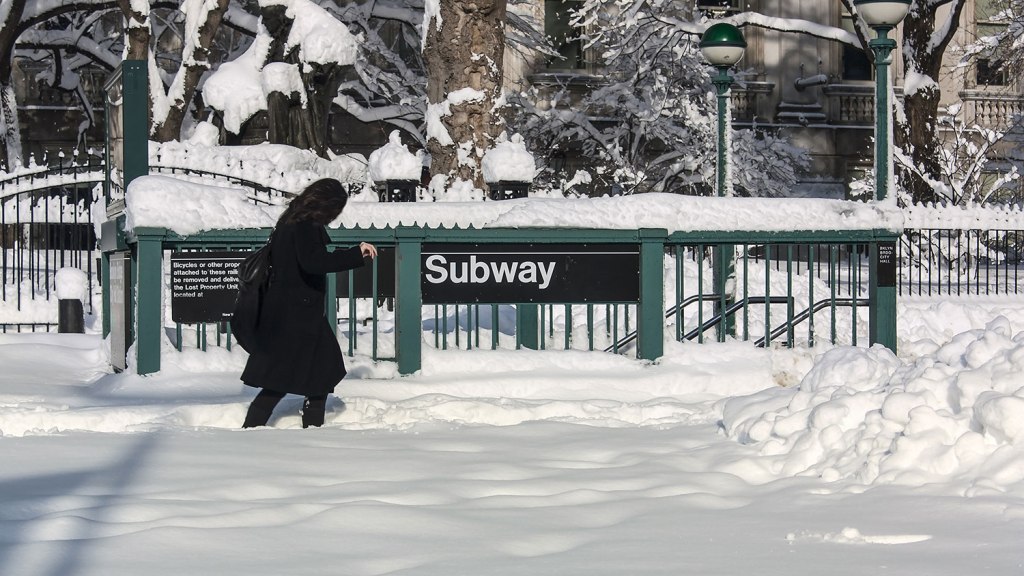 Sorry, but Earth isn’t heading for another ice age

A new study and related press release from the Royal Astronomical Society is making the rounds in recent days, claiming that a new statistical analysis of sunspot cycles shows “solar activity will fall by 60 per cent during the 2030s” to a level that last occurred during the so-called Little Ice Age, which ended 300 years ago.

Since climate change deniers have a particular fascination with sunspot cycles, this story has predictably been picked up by all manner of conservative news media, with a post in the Telegraph quickly gathering up tens of thousands of shares. The only problem is, it’s a wildly inaccurate reading of the research.

Sunspots have been observed on a regular basis for at least 400 years, and over that period, there’s a weak correlation between the number of sunspots and global temperature — most notably during a drastic downturn in the number of sunspots from about 1645 to 1715. Known as the Maunder minimum, this phenomenon happened about the same time as a decades-long European cold snap known as the Little Ice Age. That connection led to theory that this variability remains the dominant factor in Earth’s climate. Though that idea is still widely circulated, it’s been disproved. In reality, sunspots fluctuate in an 11-year cycle, and the current cycle is the weakest in 100 years — yet 2014 was the planet’s hottest year in recorded history.

If you look closely at the original press release, the study’s author, Valentina Zharkova, never implied a new ice age is imminent — only that we may see a sharp downturn in the number of sunspots. Yes, the sun is a variable star, but its output is remarkably stable. The amount of energy we receive from the sun just doesn’t change fast enough to cause a rapid-onset ice age in just a few decades.

The root of the problem here may be a poorly worded quote in the press release implying an imminent 60 percent decline in solar activity. Yes, numbers of sunspots can vary by that much or even more on an 11-year cycle, but the sun’s output — the total amount of energy we get — is extremely stable and only changes by about 0.1 percent, even in extreme sunspot cycles like the one Zharkova is predicting.

But let’s play devil’s advocate: What if Zharkova is right about the decline in solar activity? There’s still no need to worry (or to become complacent about global warming). Even assuming sunspots are in the process of shutting down, as happened during the Maunder minimum and Little Ice Age, it wouldn’t matter much.

An interesting new study published in June showed that a sharp decline in solar activity to record lows could have a relatively large impact on regional climate over a period of decades. But even the return of a Maunder minimum type slowdown in solar activity — an extreme scenario, by any measure — would slow global warming by only about a half-degree in northern Europe. That’s essentially negligible, on a global scale. A half-degree is within the margin of error of predictions for the continued decline in frost-free days in the United Kingdom, for example. Winter will still be a month shorter, on average, by the end of the century. Past research suggests that an extreme decline in solar activity would lead to a shift of just 0.16 degrees C globally — and even that is erased once a more typical solar cycle resumes in a few decades.

For reference, we’ve already warmed the planet by about 0.8 degrees C since 1880 thanks to fossil fuels, and, despite all our decades of discussion about the problem, we’re still on pace for a worst-case scenario of between 3 and 4 degrees C of warming by century end.

If anything, changes in the oceans — especially the Pacific, our largest ocean — over the last couple of years point to an imminent increase in the rate of global warming. El Niño has already grown to record levels in the Pacific for this time of year, and ocean temperatures in the vast patch of sea from Hawaii to California to Alaska are also without precedent. Similar events have coincided with a 10- to 20-year surge in global temperatures.

No matter what the sun does over the next century, we are not heading in to a new ice age. Why am I so sure about that? It may have something to do with the 110 million tons of carbon dioxide humanity is pumping into the atmosphere every single day. The resulting change to our global climate system is so huge, it overwhelms all natural atmospheric forces, including the sun. There is no other plausible explanation for global warming except us.