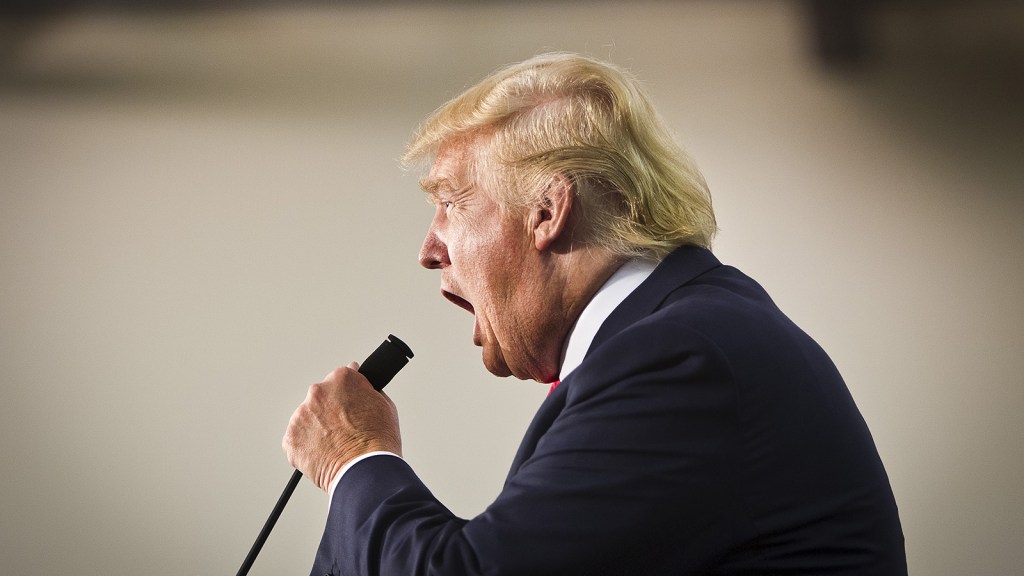 Today in No Shit News, a paper in the journal Politics and Policy analyzed conservative parties from around the world — specifically, their climate change platforms — and (SURPRISE!) found that the G in GOP might as well stand for “goddamn crazy.”

In comparing climate change policies from the U.S., the U.K., Norway, Sweden, Spain, Canada, New Zealand, Australia, and Germany, the author, Norwegian academic Sondre Båtstrand, found the American conservative party is the only one that denies climate change. Awww, poor GOP! It must be lonely out there on the fringes of modern politics.

And yet, we aren’t talking about a fringe party. We’re talking about the REPUBLICAN PARTY! The one with 176 presidential candidates and 12-hour debates that are broadcast on national television! The one that controls Congress!

So, why? What has made the party move so far to the right of rational thought? Grist boyfriend and famous actor-man Mark Ruffalo has a theory. “You’ve had a whole political party turn their back on the science that 97 percent of the world has accepted,” he told students at Dickinson College recently. “It’s a phenomenon unlike anything ever seen in American history. Maybe slavery. Money blinds people. It’s all about money.”

Is Dr. Bruce Banner onto something? Is it all about the Benjamins? The Guardian reports:

One factor is the immensely profitable and politically influential fossil fuel industry. However, Canada and Australia serve as useful analogues. With Australian coal reserves and Canadian tar sands, fossil fuels account for a larger share of both countries’ economies. Nevertheless, Båtstrand noted, “The [Republican] party seems to treat climate change as a non-issue … this appears to be consistent with the U.S. national context as a country with large reserves of coal.”

Båtstrand also found that the emphasis on free market ideology is relatively strong in the Republican Party platform. However, the appropriate free market approach to climate change involves putting a price on the external costs of climate pollution. In fact, that’s why the President George H. W. Bush administration invented cap and trade as a free market alternative to government regulation of pollutants. So, free market ideology can’t explain the abnormal behavior of the Republican Party on climate change.

Alright, so it’s not just about money. From the Guardian:

… today’s Republican legislators are more united than at any time in the past century. And it’s clear from the language the Republican Party leaders use that they view climate change not as a scientific or critical risk management issue, but rather as a Democrat issue. Thus, Republican leaders simply can’t accept the need to address climate change, because that would put them on the same side of an issue as Democrats.

Cool! Let’s just ruin the only habitable planet in our solar system because we’ve got beef with the opposing party, shall we? Sounds like a great plan.

The good news is that there is some evidence that the party is coming around — slowly. Polls show that Republican voters are more in line with reality than Republican politicians. Even more promising, New York Republican member of Congress Chris Gibson and 10 of his Republican colleagues recently introduced a resolution calling for climate action. Eleven of out 247 GOP members of the House? OK, OK, it’s not great. But at least it’s a start.