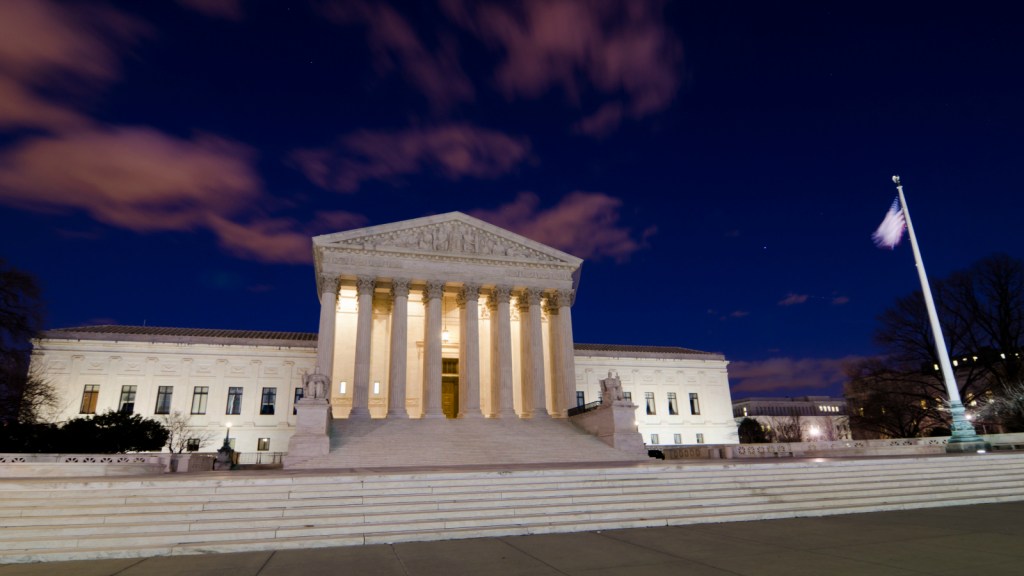 In a win for the environment, electric grid reliability, and rationality, the U.S. Supreme Court decided Monday to uphold a federal rule that makes it easier for grid operators to promote energy conservation. That might not sound particularly riveting, but it’s actually an important victory for the Obama administration in its fight against climate change.

A bit of background: The Federal Energy Regulatory Commission put out an order in 2011 to promote “demand response,” which incentivizes big electricity users and groups of smaller consumers to cut their consumption during peak hours. Demand-response programs save energy, save money in energy costs, and help make sure the grid stays stable. Big utilities and energy suppliers, however, didn’t like the “save energy” part per se — it cuts into their profits — so they filed suit to overturn the rule. In 2014, the D.C. Circuit Court of Appeals agreed with the suppliers and ruled that FERC had overstepped its authority (check out David Roberts’ post on that ruling for more).

But on Monday, SCOTUS overturned that ruling in a 6–2 decision (Justice Samuel Alito recused himself), meaning FERC can continue to regulate programs that cut energy use during peak times.

Why is this important? Consider, for example, what happens on a hot day. People crank up their air conditioners, and that causes a surge in electricity demand. That can lead utilities to fire up their “peakers,” power plants used just at high-demand times, which are often fired by natural gas and produce the most expensive electricity out there.

Luckily, there are energy sector players called aggregators to come to the rescue. Serving as brokers between consumers and the folks that operate regional grids and wholesale electricity markets, aggregators help organize groups of businesses or homeowners and then pay these consumers (say, via rate reductions or utility credits) not to use electricity at peak hours.

Aggregators can then sell these brilliantly named “negawatts” to the grid as saved capacity. FERC’s 2011 order made this process easier and more fair. It allows aggregators to compete with suppliers on wholesale electricity markets, selling negawatts at effectively the same price as megawatts. And it means the federal government (as opposed to just states) has the authority to regulate these kinds of transactions.

The SCOTUS ruling also promotes clean energy and climate action. Demand response implicitly incentivizes some of the dirtier peaker plants to close, since the only reason they’re kept online in the first place is to handle spikes in demand. Demand response also almost always results in lower emissions: Negawatts represent electricity that doesn’t have to be produced. And it seems to be the case that if people and businesses cut back on electricity usage at peak times, they don’t shift all that usage to off-peak hours; rather, they just use less electricity overall. If that’s not a win-win-win-win, I don’t know what is.