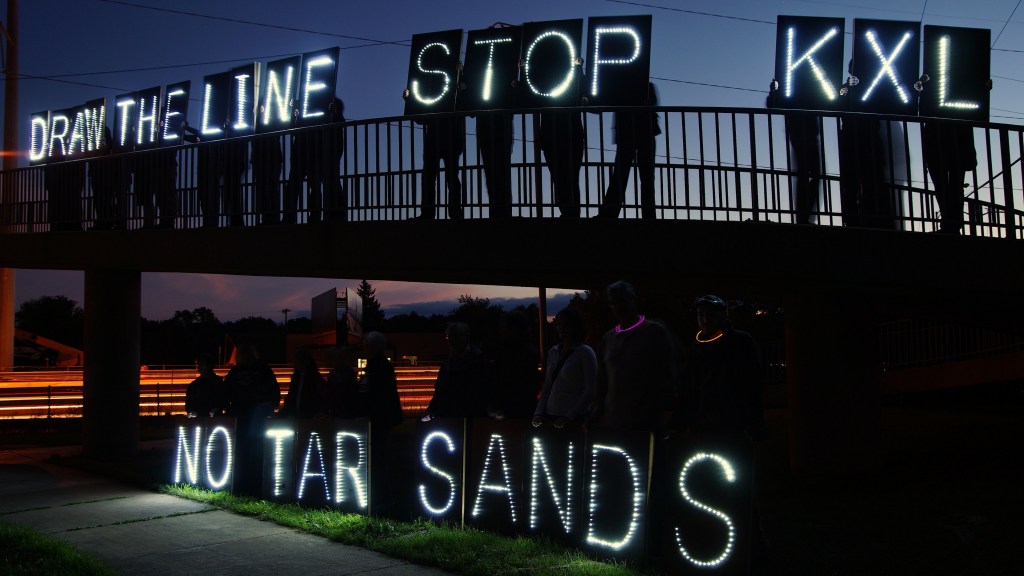 Here’s some good news for your tar-sands blues: Grassroots activism makes a difference! $17.1 billion of difference, in fact. According to a new report produced by the Institute for Energy Economics and Financial Analysis and Oil Change International, oil companies and investors looking to gain from Alberta’s tar sands lost a whopping $30.9 billion between 2010 and 2013.

While part of that is chalked up to fluctuating American oil markets, $17.1 billion is claimed to be a direct result of all those pesky tar-sands protesters and their pesky legal challenges.

And the industry just didn’t see it coming, reports DeSmogBlog:

“Business as usual for Big Oil — particularly in the tar sands — is over,” Kretzmann said.

Keystone XL pipeline delays have caused all kinds of financial trouble for those who thought they were going to make money on this thing, according to the report:

The delays and cancellations have exposed the fact that tar sands investments, once thought to be highly lucrative, are showing signs of financial weakness. With growing public awareness and market hesitancy, expansion of tar sands production in Canada will remain contested terrain for the foreseeable future.

And a whole lot of it comes from your badass selves, First Nations of Canada, for leveraging land sovereignty challenges and environmental health concerns and building a movement that’s now known across the world.

The growing environmental movement, [Greenpeace Canada campaigner Melina Laboucan-Massimo] said, has been better at incorporating the voices of local First Nations living on the front lines of the tar sands. …

“Now people are quite aware that that’s what been happening and there has been a public dialogue created on that and there has been more pressure on the government to really address the environmental concerns, the health issues and indigenous rights violations. I feel like people really are a lot more aware of these issues now than in the past.”

All hail civil disobedience! Thanks, Thoreau; we knew there was something to that.